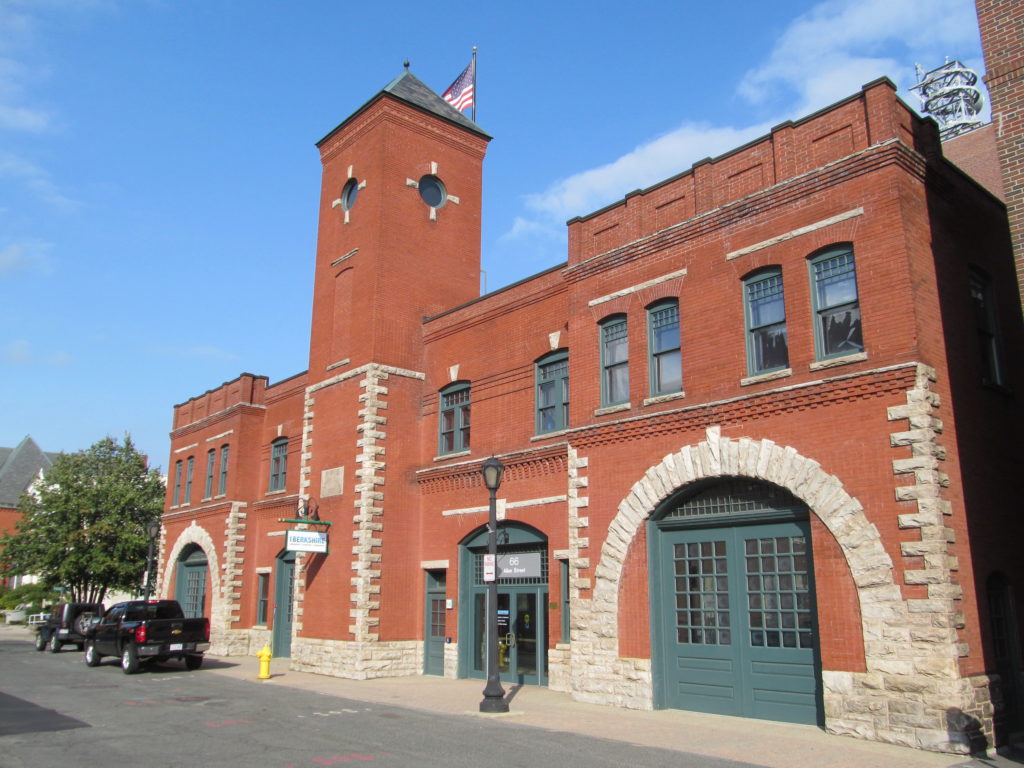 John Phelan, Wikipedia
The Old Central Fire Station in Pittsfield, home of 1Berkshire and its partner organization, Berkshire Creative, Berkshire Visitors Bureau and the Berkshire Chamber of Commerce, as well as Berkshire Bank.

Pittsfield — An energy giant in the midst of developing and seeking regulatory approval for a controversial $5 billion gas pipeline project that would run through part of northern Berkshire County is a recent investor in 1Berkshire, the not-for-profit, economic development organization composed of Berkshire Chamber of Commerce, Berkshire Creative and the Berkshire Visitors Bureau, and which encompasses 1,500 local businesses.

“We don’t turn people away,” Butler added. “We welcome anybody’s investment. If they are doing legal business, we accept it just as we would for those organizations who are opposed to the pipeline.”

“It’s not to our advantage to take positions on things,” he added.

1Berkshire’s mission, Butler said, is to create a “healthy environment for businesses and entrepreneurs. The idea is to align all the critical pieces that make up economic development.” 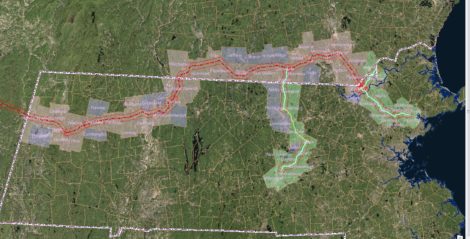 The proposed path of the Kinder Morgan natural gas pipeline, that would convey fracked gas from Pennsylvania, through the Berkshires, Massachusetts and New Hampshire, to eastern New England.

Kinder Morgan subsidiary Tennessee Gas Pipeline Company is developing the Northeast Energy Direct Project, or NED, a 429-mile pipeline expressway using both existing and new infrastructure and corridors. The system would carry hydro-fractured gas from the “fracking” fields of Pennsylvania up through New York, into northern Berkshire where it would then swing up to New Hampshire and come back through Massachusetts to a hub in Dracut. From there it moves northeast up to Nova Scotia. The company says the project will increase availability of natural gas in New England and lower prices for consumers, but pipeline opponents say much of the gas will be for export, and will mostly benefit the industry.

A related controversy is the theory that the hike in this winter’s electricity prices is a form of blackmail by an industry that wants an excessive pipeline build out to carry that extra gas for export. Others have suggested we may be witnessing “Enron-style price gouging,” the possibility of which U.S. Senator Charles Schumer (D-New York) urged a federal inquiry into last May.

1Berkshire does not take political stances, Butler said, “unless there are issues that affect the business landscape in the Berkshires — then we get involved.”

But Butler has only been with the Berkshire Chamber and 1Berkshire since last September. In January 2011, 1Berkshire quietly received $300,000 from General Electric and then proceeded to develop a public relations and social media campaign to oppose dredging GE’s PCB pollution from the Housatonic River. The 1Berkshire support of General Electric appeared as a Facebook campaign called Smart Clean Up Coalition, which recommended a minimal clean up, and hasn’t had a post since 2012. Later that year, then-1Berkshire Chairman Michael Daly (and CEO of Berkshire Bank) admitted that GE was a 1Berkshire founding partner and had, indeed, been a backer. The donation, and the pressure on 1Berkshire directors to support GE’s position, sparked the resignation of two directors, both members of Berkshire Creative.

Though GE is still pushing its weight around in the ongoing river cleanup drama, Butler said GE is no longer a part of 1Berkshire. “There is no [GE] presence, no formal relationship between the Chamber and GE at this point,” he claimed.

“When issues like [the pipeline] pop up, we don’t really take a side,” Butler continued. “We act as a convener and educator with controversial issues. We don’t try to make [people’s] minds up.”

But it appears Kinder Morgan’s presence as an “investor” on 1Berkshire’s website has led to speculation that both 1Berkshire and the Berkshire Chamber of Commerce are “pipeline supporters.”

“It’s not true,” Butler said, “and I am the spokesman for both organizations. We have consciously not taken a position.”

So what does Kinder Morgan stand to gain from the alliance?

“Kinder Morgan has provided 1Berkshire with information to pass their perspective along,” Butler said. “Education is our role. Their investment did not entitle them to making us advocates for their project.”

A compressor station along the route of the pipeline is planned for Northfield, Mass.

1Berkshire isn’t alone; Kinder Morgan gave The Berkshire Museum $2,500 in 2013. And a quick perusal of CitizenAudit.org reveals the Kinder Morgan Foundation’s many donations to schools and art organizations across the country, often in potential pipeline project areas. The Mount Hermon School in Northfield, Mass., for instance, also received $2500 in 2013. According to FracTracker Alliance’s map, Kinder Morgan plans to build a gas compressor station in Northfield. These stations help move the gas and pressurize it, and involve an infrastructure of turbines, engines and motors.

Kinder Morgan is attempting to educate the public on its own, as well; the company is holding open houses in towns near its proposed pipeline route. One is scheduled for Feb. 9 from 6 p.m. to 8 p.m., at the Junior-Senior High School in New Lebanon, N.Y., 14665, Route 22; another on Feb. 10, 6 p.m. to 8 p.m. in the Berkshire Community College cafeteria, 1350 West Street, Pittsfield.

“The pipeline is one of multiple potential solutions,” to what Butler called a “capacity issue, and however it is solved, it is an important issue for businesses here.” He said businesses have come to them with concerns “mostly about the cost of power.”

“We get calls in my office every day about the cost of electricity,” said Rep. William “Smitty” Pignatelli (D-Lenox).

While Pignatelli said he wouldn’t “make too much” of Kinder Morgan’s local influence, he does see the connection between high electricity prices and the industry cry for more pipeline. He said the Department of Utilities approval of these rate hikes amounts to “corporate collusion,” and are “eerily familiar” to rate hikes of about 10 years ago that “broke the camel’s back,” at the Schweitzer-Mauduit paper mill in Lee, driving them out of business, and nearly doing the same to Crane Paper Company in Pittsfield.

The Northeast Energy Direct Project would take about five years from now to get up and running after all was said and done, Pignatelli noted. “So when I hear that a lack of natural gas is justification for exorbitant rate increases, my question to Western Mass Electric and National Grid is, where were you five years ago? If we need more natural gas here, where is your corporate planning?”

Berkshire Creative Director Julia Dixon declined comment for this article, asked that its board members not be contacted, and referred all questions to Butler.