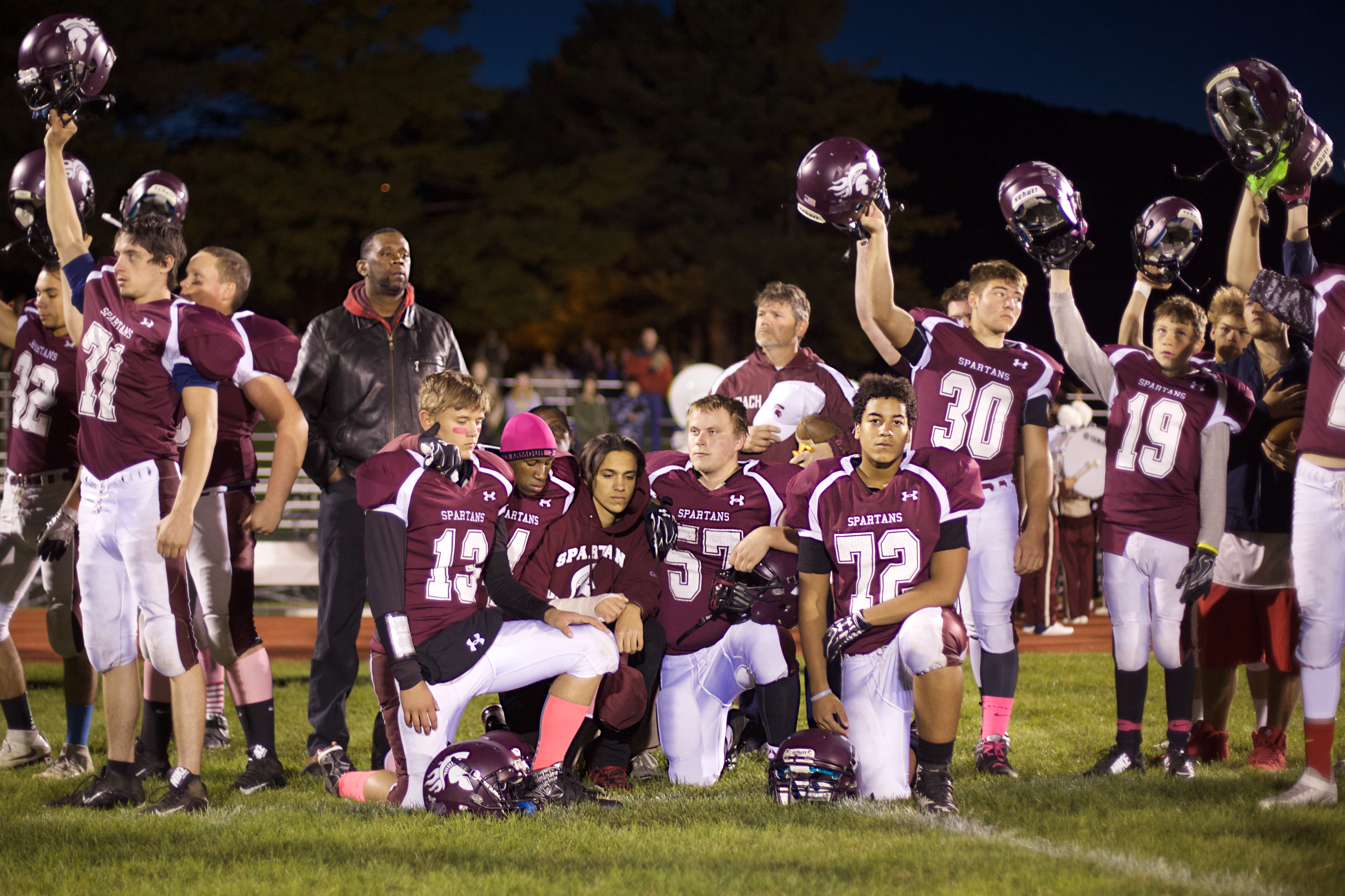 Great Barrington — Recently back from a photojournalism project in Soviet Georgia, Great Barrington native and Monument High graduate Jake Borden took this series of photographs at a Monument home game Friday  night (October 14), where people kneeled during the national anthem in support of an African American Monument football player who was threatened with lynching after he took a knee at a recent game. The gesture is an expression of protest of police brutality against African Americans. 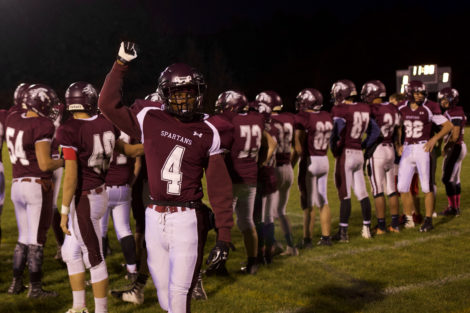 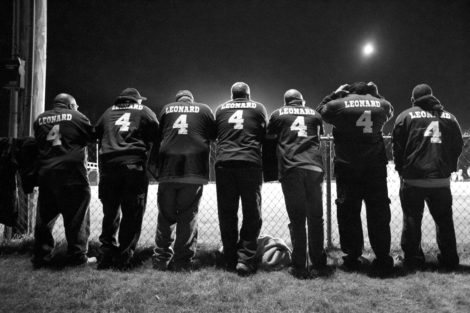 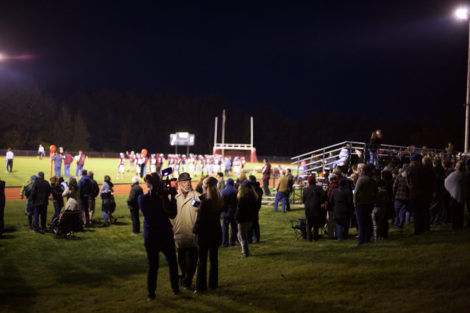 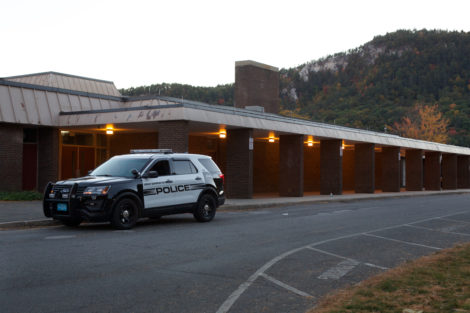