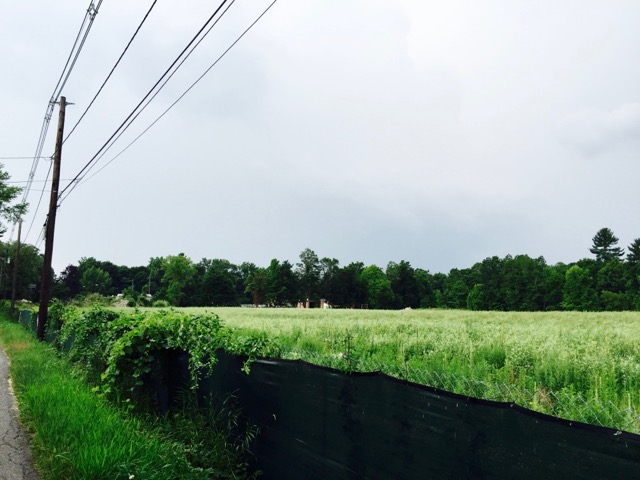 Great Barrington — The fate of a heavily polluted 8-acre site on Bridge Street may hinge on whether the state Department of Environmental Protection (MassDEP) says the land can be remediated partially in stages, in addition to whether an all-volunteer town board gives the project a green light.

But as usual, MassDEP officials are saying very little, just before the Zoning Board of Appeals (ZBA) will make a decision about whether to allow 45 units of affordable housing on 2.2 acres of the site. Town boards, residents, and the ZBA, which reconvenes about the matter August 15, have expressed concern, puzzling over the idea that a housing development might stand alone on a monitored, contained area of soil next to 6 still-toxic acres, since the rest of the development is uncertain.

MassDEP spokesperson Catherine Skiba told the Edge Monday that while the agency has had past conversations about remediating the entire site using the containment method known as “capping,” there have not been discussions about a “partial cap,” or phased capping. She said the site developer, Community Development Corporation of South Berkshire (CDC) “still owes us a Phase IV,” or Remedy Implementation Plan.

But CDC Executive Director Tim Geller said it would have been “ludicrous for us to pursue an option we didn’t clear with [MassDEP] ahead.”

Geller also said that the partial capping or phased remediation strategy “is one that [MassDEP] is used to and comfortable with.”

Geller had previously said it made most sense to remediate the whole site at once. But both he and CDC attorney and board member Peter Pucilosky told the ZBA last week that doing it all at once would be too expensive — around $1 million — and would result in some parts of the site being remediated twice.

Geller said the CDC last met with MassDEP officials in February, but that was before, for permitting and financial reasons, the $12 million affordable housing development was split off from the larger commercial and open space development across the whole site. Geller said Skiba and other officials from the Western Regional Office had attended that meeting, including John Ziegler, Eva Tor and Michael Reid.

Geller said the reason for that February meeting was to talk about the “parameters in which we would write the [remediation] plan going forward.” He said the discussion was about “moving earth around” in such a scenario, and “partial compliance.”

Another meeting with MassDEP officials is scheduled for sometime in the next month, Geller said.

Skiba would not comment on whether MassDEP has allowed this sort of partial capping in the past, or for a housing development. Geller said the agency still “looks at it as one site,” but that “doesn’t mean it can’t be remediated in parts.”

But MassDEP, if it thinks this, isn’t telling, and its online files do not suggest there is anything official to confirm it will approve such a strategy, and may possibly insist the CDC fix the entire site at once. But Geller is confident that past discussions with agency officials have sticking power.

“MassDEP is not going to say [no to partial capping], and that’s because we’ve already run that by them,” he said.

Timing-wise it may be that the ZBA issues its comprehensive permit before MassDEP approves CDC’s remediation plan. Geller says it “has become the norm to have permits in place” before environmental approvals, particularly with affordable housing projects. “The conditions [of those permits] are that environmental requirements will be met.”

State law requires that all permits be in place before the housing can be occupied.

The property has long been a struggle for the CDC since they bought it from a bank for $1 about 20 years ago after the New England Log Homes company went belly up. Sitting on a well-traveled bypass from one side of town to another, this blighted land in the heart of this town for years appeared to be a forgotten wasteland.

A 2014 attempt to use a less expensive bioremediation process that would permanently clean the soil hit ill fortune again and again. Dust, heavy rains and ensuing odors, followed by complaints from residents near the site prompted MassDEP to shut the project down for good.

According to Biotech Restorations, the company that performed the bioremediation work, soil samples showed between 30 and 60 percent reductions in dioxin levels. Hope spread through the Berkshires that perhaps this was the solution for 100 Bridge and possibly even General Electric’s Housatonic River cleanup.

But MassDEP had already shut the door on that type of remediation, and said it was time to move on and was willing to talk to the CDC about capping strategies. Geller also noted that the MassDevelopment Brownfields program said it wouldn’t pay for bioremediation.

Geller has insisted publicly that MassDEP won’t allow a situation that may harm residents of the housing or neighbors to the site. Berkshire residents are a wary bunch, however, since they watched as the Environmental Protection Agency allowed General Electric to dump its toxic waste next to an elementary school in Pittsfield, which later had to be dug up and fixed due to a faulty landfill liner, and where air monitors on the playground are still active.

But Geller noted how conservative MassDEP was during the bioremediation saga, shutting down work at the first sign of trouble. “MassDEP is all over us on this site,” he said.