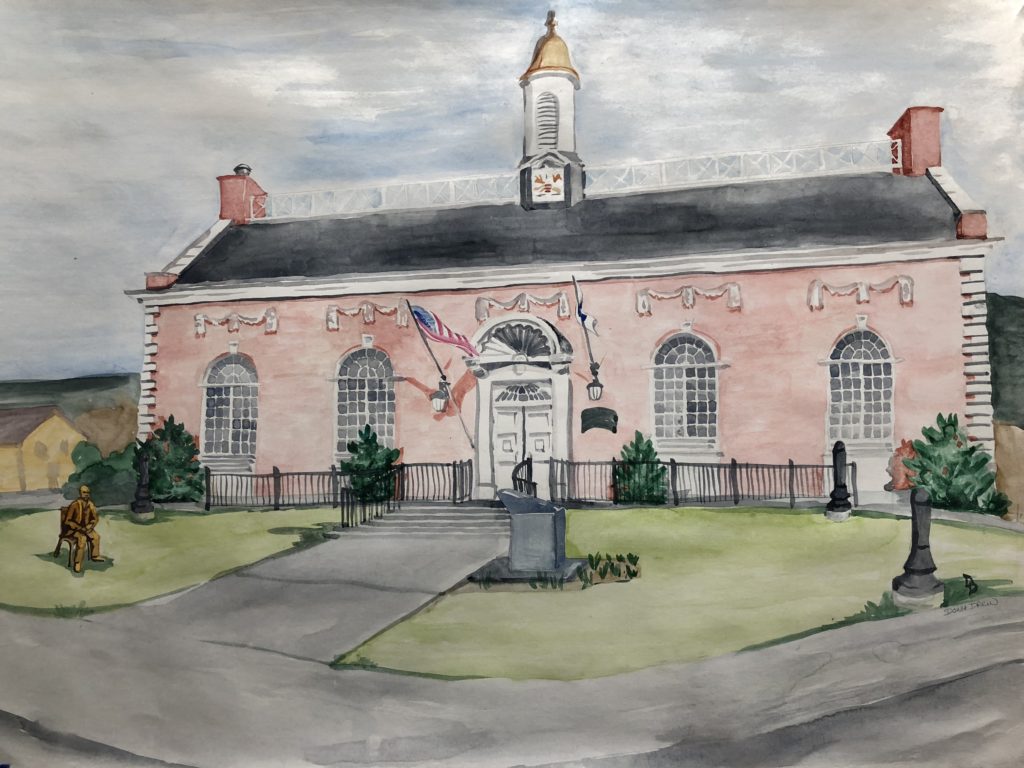 A statue of the scholar and civil rights activist W.E.B. Du Bois reading from a book has been proposed for the lawn of the Mason Library on Main Street in Great Barrington, Massachusetts.

PART II: The politics of W.E.B. Du Bois – a commitment to equality and racial justice

Editor’s note: This is the second in a three-part series of essays on W.E.B. Du Bois by Justin F. Jackson, an assistant professor of history at Bard College at Simon’s Rock in Great Barrington, Massachusetts. The town of Great Barrington is celebrating the 150th anniversary the birth of its renowned native son, W.E.B. Du Bois. Click here to read the first in the series.

First, it must be granted that Du Bois’s political beliefs and activism throughout his life were grounded consistently in a commitment to securing equality between white and non-white peoples, not only in the United States, but throughout the world, in every sphere of life. Before the Cold War, the world was divided not between capitalist and communist countries but among “great powers” — many of them empires with colonial possessions, including the United States which, after 1898, seized Puerto Rico and the Philippines as colonies.

Those powers were dominated by white peoples of Europe and North America — and the colonized, the majority of whom were non-white. Indeed, the imperial partition of much of the globe was part and parcel of the “problem of the color line” which Du Bois predicted perceptively would define the twentieth century.

In this context, Du Bois not only accepted and advocated the principles of human equality and natural rights embodied in America’s Declaration of Independence. He actually sought to apply them worldwide, looking first to Africa — from which most African-Americans’ ancestors had originated, forcibly brought as slaves to the Americas — and eventually, to Asia, as he studied African history and helped organize a Pan-African movement.

In these colonized continents, popular struggles for national independence from the British, French, Dutch, Portuguese, and German empires, before and after World War I, garnered not just his support, but the loyalties of many in the African diaspora. In this context, Du Bois, like others who affirmed the absolute right of all peoples to national and popular sovereignty, did in fact celebrate the victories of imperial Japan in its war against imperial Russia in 1904-1905.

At the time, he welcomed Japanese triumph as a harbinger of the demise of “white supremacy” worldwide. A rising industrial, military, and naval power in its own right after its leaders during the Meiji Restoration adopted many of the institutions and technologies of Europe and the United States, Japan alarmed white supremacists leading “white men’s countries,” including the United States.

In response, President Theodore Roosevelt made a robust demonstration of imperial might by sending his “Great White Fleet” of modern steel battleships across the world. In this same context of his belief in the universality of the principle of national sovereignty, Du Bois actually welcomed the United States’ declaration of war on imperial Germany and its allies in 1917 — this despite his graduate education in Berlin in the 1890s, when Germany had the most advanced universities in the world, and which left him with an abiding admiration for German intellectual and academic culture.

He not only celebrated President Woodrow Wilson’s assertion of peoples’ right to national self-determination, as part of his Fourteen Points articulating U.S. war aims, Du Bois also saw the war as an expedient means by which African-Americans might win civil rights through patriotic military service and sacrifice. 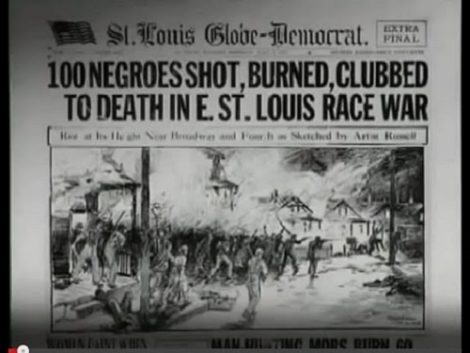 In 1919, African Americans returning from service in World War I were subjected to racist attacks, a reality of American life that Du Bois had to consider as he advocated for racial justice.

He soon came to regret this hope after African-American veterans, suffering from the humiliations of a segregated wartime military, returned to the states to face bloody race riots throughout the United States, in the “red summer” of 1919. Raging whites killed several hundred black men and women. Yet contrary to the claims of those who today protest his statue, Du Bois, at least in these years, did not visit the newly established Soviet Union.

It is also important to understand that Du Bois, like hundreds of thousands of other Americans in the early 20th century, developed an interest in socialism and socialist politics. His socialist proclivities arguably dated from his Great Barrington High School graduation oration in 1884 on Wendell Phillips, the legendary New England abolitionist and workers’ rights advocate.

The fantastic wealth produced by America’s industrialization during the Gilded Age was predicated on the pittance in wages paid to white workers, many of them immigrants. Yet Du Bois’s concern fell primarily with African-Americans, especially but not exclusively those in the South, who were among the nation’s poorest. 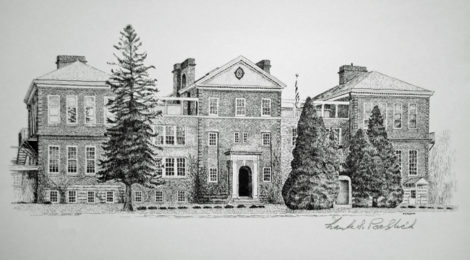 Suffering landlessness, low wages, and job discrimination as the racist legacies of slavery, these Americans stayed at the forefront of Du Bois’s consciousness as he pressed for both racial equality and economic justice. Nevertheless, despite his socialist tendencies, Du Bois maintained a critical distance from the white-dominated labor movements of his day, as well as the Socialist Party, because of their racism.

In 1912, he refused to endorse that party’s presidential candidate, Eugene Debs, the Bernie Sanders of his day, for failing the test of “the Negro problem.” Instead, he endorsed Democrat Woodrow Wilson. Du Bois’s interest in socialism thus emerged several years before the Bolsheviks established a communist state in 1917, overthrowing the republic which had replaced the deposed Russian tsar.

In the tumultuous years of World War I, but prior to the Russian Civil War, its famine, and dictator Josef Stalin’s succession to the leadership of the Soviet Communist Party, Du Bois, like many other Americans, welcomed the Russian and Bolshevik Revolutions as a blow to the final vestiges of feudal despotism, and an advance toward democracy and socialism. Yet he did not become a member of the Communist Party at this juncture, nor did he embrace its doctrines.

Indeed, in a 1921 editorial on “The Class Struggle” in The Crisis, the NAACP magazine he edited, Du Bois distanced himself and that organization from radical African-Americans who had hoisted the Communist banner. “We do not believe in revolution,” he wrote, but “expect revolutionary changes to come mainly through reason, human sympathy and the education of children, not by murder.”

Yet Du Bois, a staunch adherent of the liberal principles of the Constitution, did defend the First Amendment rights of Communists and others in the United States to free speech. In 1919, as he asserted black radicals’ rights to publish newspapers amidst America’s first “red scare,” Du Bois opined that he “didn’t believe in revolution,” but only “in free speech and freedom to think.”

Du Bois did in fact travel to the U.S.S.R. in the 1920s, but not as a member of any communist party or organization. In 1926, he accepted an offer from three visitors to the New York NAACP’s office to travel to the Soviet Union on their dime. Thinking they were “probably clandestine agents of the Communist dictatorship,” Du Bois, always fiercely independent, required from them a written agreement specifying “that he was under no obligation or agreement of any kind,” according to one biographer. 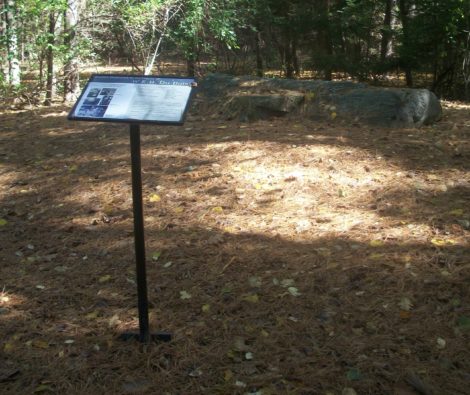 In Du Bois’s own words, he intended to “go on a journey of free inquiry to see the most momentous changes in human history.” Impressed by Soviet Russia during his tour, he declared that if Bolshevism entailed Russians’ efforts to lift themselves out of grinding poverty, an energetic government bureaucracy, and a commitment to making working men and women “the center of modern power and culture,” then “I am a Bolshevik.”

Yet Du Bois also conceded that his highly-supervised Soviet expedition might have left him “partially deceived and half-informed.” His journey took place before Stalin consolidated his grip over the Soviet Union and killed millions in collectivization, executions, and the gulags. Nonetheless, throughout the 1920s and 1930s, he spurned sporadic attempts by African-American radicals to recruit him into the Communist Party, and he jealously guarded and valued his political autonomy.

It is also true that in the 1930s, in the midst of a worldwide depression, Du Bois developed an intellectual and philosophical interest in Marxism and Marxist thought. The collapse of the American economy after the great Wall Street crash of 1929, which immiserated millions and sent average unemployment up as high as 25 percent (and much higher for African-Americans), caused millions of Americans, and not merely Du Bois, to question whether capitalism could be rational or humane.

Yet only in the mid and late 1930s, after he left the NAACP and returned to Atlanta University, did he began to deeply and seriously read the works of Karl Marx, Friedrich Engels, and Vladimir Lenin. Even then, as is evident in the path-breaking history of Reconstruction he wrote at this time, he insisted that economic equality without racial equality would be a hollow promise. In other words, Du Bois’s Marxism always took second fiddle to racial justice in his political commitments and passions.

The author is an assistant professor of history at Bard College at Simon’s Rock. Information for this op-ed comes from David Levering Lewis, W.E.B. Du Bois: A Biography (New York: Henry Holt & Co., 1989).