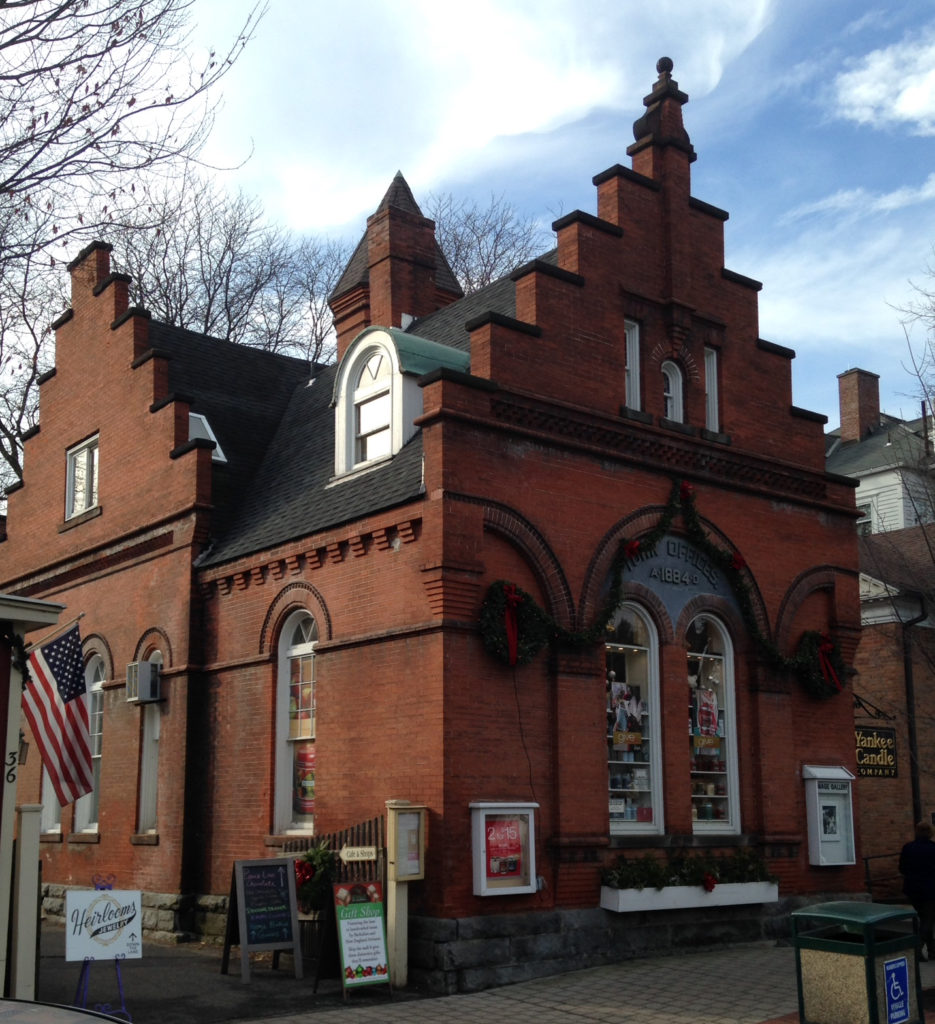 Rick Wilcox
In downtown Stockbridge, this brick Dutch Colonial Revival building, now housing Yankee Candle and the Image Gallery, was in 1884 the home of town offices.

Stockbridge — A Special Town Meeting was held on June 21, 1884 to address the need for office space for the different town departments and deal with concerns for a fire proof building, two needs that were not met in the construction of the 1839 Town House.

Here is the explanation, as presented to the Town Meeting: “From a Report of the Committee: The project of a Town Building had as its origin a felt necessity for a safe and secure place for the papers and records of the Town. Another want was equally apparent, viz., convenient suitable and properly furnished rooms in which the offices of the Town could transact business of the Town, to combine the needs of protection & rooms in a Fire Proof building was a natural suggestion. In the estimation of your Committee, what is known as the Kimball lot in the only available locality, answering the description, and your Committee here therefor had prepared plans and specifications for a building upon this lot.” [34 Main St., next to Berkshire Bank.] 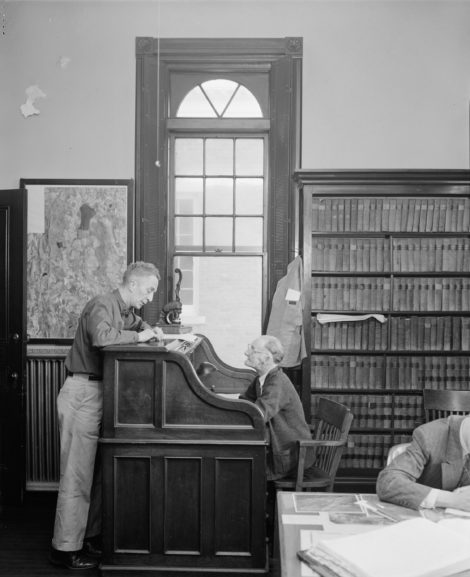 “There will be but one floor divided into an entrance hall and three rooms for Selectmen, Assessors and Town Clerk respectively. Water will be introduced as shown in the plan accessible independently from the Principal rooms, with basin and seat emptying into vault in unoccupied space in rear. A careful and detailed estimate by the Architect accompanies this report showing the cost to be $6,613.00. Your committee would therefor urge the adoption of this report and recommend an appropriation of $3,000 for the purchase of site and $7,000 for erecting the building and the appointment of a building Committee to carry into effect this report and its recommendations. Believing this report to be full definite and clear with reference to every point of the resolution and regretting that is not a unanimous report it is respectfully submitted. M.S. Heath, C Goodrich, Town Committee.” (Committee member J.F. Dwight did not sign the report.)

“Voted that the report of the Committee be accepted and that H. J. Dunham, C Goodrich & F.W. Adams be a committee with full power and authority to select and purchase for the town a suitable site for a building for Town Offices, and to erect at the expense of the Town such building. The whole cost of which shall not exceed Ten Thousand ($10,000) Dollars and that they have authority to properly furnish the same with heating apparatus and all other needed furniture and to pay for such side. Building & Furniture, the Selectmen be authorized to borrow the necessary money in anticipation of taxes of 1885.” 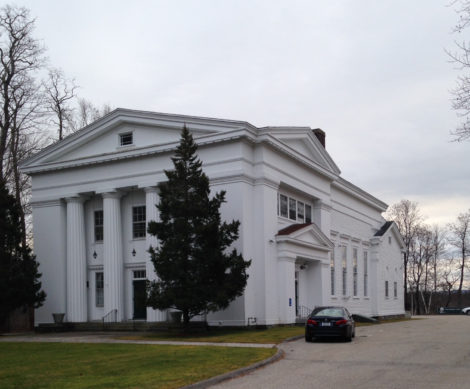 The old Stockbridge Town Hall, adjacent to the Congregational Church on Main Street and in front of the Stockbridge Country Club. Photo: Rick Wilcox

In 1955 several photographs of the Town Offices interior were taken for Norman Rockwell to be used for his painting of the Marriage License. Town Treasurer Graham D. Wilcox Sr. posed while seated at his desk with Norman standing in front of it. Mr. Wilcox received $10 for posing and ended up on Mr. Rockwell’s cutting room floor. In another of the photographs Police Chief William Collins and what looked like one of the town assessors working at a table were crowded into the same room. The photos supported the need for more office space and by the February 15, 1960 annual town meeting it was moved that the town vote to continue the present Town Hall committee to look into the cost of a new municipal building and to raise and appropriate the sum of $200 for the use of the committee. Motion made to strike out the word new — and was so voted.

During a Special Town Meeting, September 17, 1902: Article 6: “Voted: That matter of building detention rooms be referred to Building Committee with power to construct suitable quarters on or in Town property with authority to dispose of present Lockup building. Voted: That Committee be authorized to sell old Lockup Building, be empowered to use the money obtained from the sale in such manner as is necessary for the construction of the new detention room or rooms.” The stone lockup on Shamrock Street was dismantled, and the property was then used by the highway department and later became the Youth Building. Two cells were built in the basement of the new Town Offices at 34 Main Street. 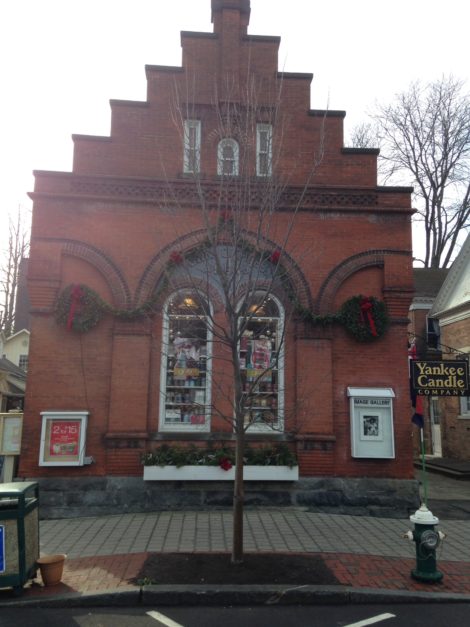 The brick Dutch Colonial Revival building currently housing Yankee Candle and The Image Gallery, sandwiched between the Williams & Sons Country Store and the Berkshire Bank, provided offices for the board of selectmen, the town clerk, assessors and the police department for almost 80 years after its 1884 construction. The 1963 renovations of the Town Hall eliminated the large auditorium, creating 10 offices and a large upstairs meeting hall, allowing enough office space for both elected and appointed officers of the town.

The construction of the 1884 fireproof building saved all the town records dating back to the 1730s that would have been lost in the 1902 Town House fire. Those records not only provided the fodder for this series of Town Hall articles, but they also represent the collective memory of the town’s history, which along with the Stockbridge Library Museum & Archives give us an understanding of the town’s extended and colorful personality.