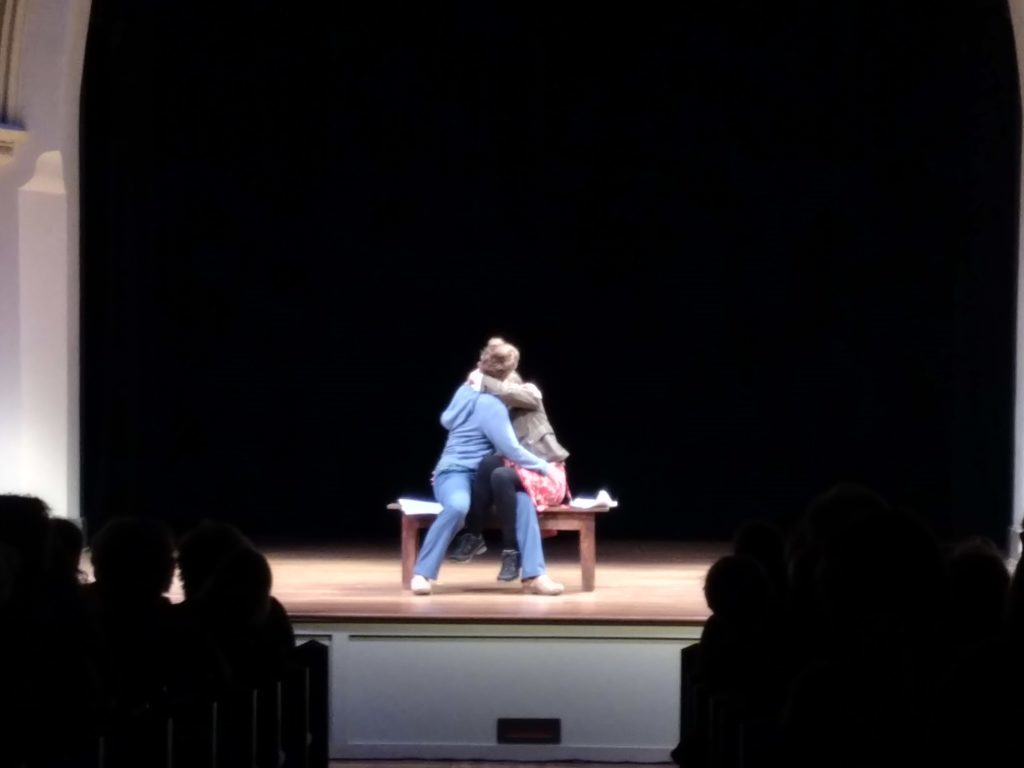 I was fortunate recently to have had the opportunity to sit down with three playwrights in the local area, continuing this two-part series on local playwrights. 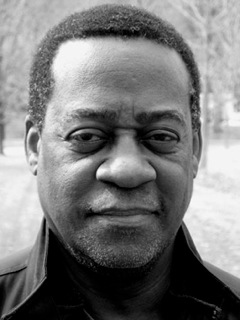 The first is my friend Wesley Brown, a playwright, novelist and longtime faculty member at Rutgers University. He now lives in Great Barrington and teaches at Bard College at Simon’s Rock. I asked him what was on his mind and what he’s working on at the moment. His current project is a play about a fictional meeting at a funeral of four literary women, all of whom wrote the majority of their work during or around the time of the Harlem Renaissance in the 1920s: Zora Neale Hurston, Jessie Fauset, Nella Larsen and Nancy Cunard. What led Wesley to write a story involving these four women is that all had similar literary trajectories in that their writings, though popular and read by many people at the time, were largely neglected in the ensuing years. Overshadowed by the more popular male writers of the time, the importance of the works of these women was only recognized posthumously. In Wesley’s work-in-progress, these women meet at a funeral and things start to heat up when they start asking questions of who was responsible for what, whose career was sidetracked and by whom. It sounds like a fascinating story. Here’s a brief snapshot of each figure in his play:

Wesley Brown is the author of the three published novels “Tragic Magic,” “Darktown Strutters” and “Push Comes to SHOVE”; the recent short story collection “Dance of the Infidels”; and the four produced plays “Boogie Woogie” and “Booker T, Life During Wartime,” “A Prophet Among Them” and “Dark Meat on a Funny Mind.” He co-edited the multicultural anthologies “Imagining America”(fiction), “Visions of America” (nonfiction), edited the “Teachers and Writers Guide to Frederick Douglass” and wrote the narration for a segment of the PBS documentary “W. E. B. Du Bois: A Biography in Four Voices.” 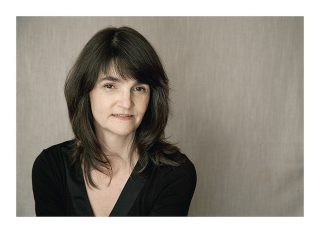 I also recently had the distinct pleasure of speaking with another friend and fellow actor/playwright, Anne Undeland. We spoke about her brand new play “Lady Randy,” which is about Winston Churchill’s mother, Jennie Jerome. The production will star the playwright herself as Jennie and the talented actor Mark Zeisler as all the other characters. Lady Randy will be performed at the Elayne P. Bernstein Theatre at Shakespeare & Company in a WAM Theatre world premiere. Preview performances begin Thursday, April 18, and the production opens on Saturday, April 20, and runs through Sunday, May 5. Full disclosure here: I am thrilled to be directing this production. Kristen van Ginhoven of WAM attended an early reading of the play and we are thrilled that WAM is presenting it. If you are a Churchill fan, an advocate for women’s equality, a history buff, or all three, you will love this play. Jennie Jerome is a brilliant and ambitious woman who was way ahead of her time. I asked Anne about her writing and how she came to write about this fascinating woman.

“When I started writing ‘Lady Randy,’ I knew I wanted to write about a 19th-century woman. The era fascinates me with it with its art and architecture, its music and writing, its propulsive energy. As a playwright who writes about the female experience, the period is especially rich because the conflict is right there: if you were a woman of ambition, intelligence and sensuality, society would do everything in its power to make sure you were none of those things.

I would argue that this attitude remains in force today among large swaths of the population. It’s just more cloaked. Part of my mission as a theater artist is to do everything I can to keep us moving ahead, to tell women’s stories, focus on older, often invisible women, make us the drivers of the action, allow us a full range of human emotion and physical touch (i.e. not only maternal), and give us the bulk of the really good lines.

I like powerful, funny, passionate women. I like them flawed and complicated and unsatisfied. Lady Randolph (nee Jennie Jerome, Winston Churchill’s extraordinary American mother) was perfect in that regard.

As a Victorian woman, Jennie had no choice but to wield her power through the men in her life. She made a celebration of it but I have to wonder if it didn’t rankle from time to time. I think about my own mother, a diplomat’s wife, whose life was dedicated for so many years to advancing my father’s career. She was never acknowledged or thanked by the State Department or even, god forbid, paid for her service. The expectation was that she would simply do it, that she would do it well and without complaint, and that is what she did. That’s what most women did. This pretty well describes Jennie’s world, too. The playwright in me was excited to explore how a person could triumph within that kind of limitation. Jennie did not disappoint.

I also wanted to reclaim the male gaze. In my research, and in watching movies and TV about Winston Churchill (they do seem to churn these things out), the mostly male historians so often want to dismiss his mother as a loose woman, a whore, a “grande horizontale.” Why do they do this? I think it’s because Jennie forces them to reckon with a woman who could go toe-to-toe with men in the game of sex and power, and not only that, revel in it, and win at it, too. This kind of unruly behavior coming from a woman seems to induce feelings of profound discomfort. What to do? History is written by the victors, Churchill himself famously said, so they pigeon-hole her, diminish her, tamp her down. I feel quite sure that, had Jennie been a man, she would not have been met with the same censure.

Finally, my process for writing the play was a fairly loose one, blessedly given focus by Berkshire Playwrights Lab’s “Berkshire Voices” writers’ group. Every two weeks, I had to come up with a new scene and, after two 10-week sessions, goddammit if I didn’t have a draft of the play. The deadlines were indispensable and the commentary and comradeship of my sister and fellow writers was invaluable. ‘Lady Randy’would not exist without them.”

As a playwright, Anne is an active member of Berkshire Voices, Berkshire Playwrights Lab’s writing group, and Howl Playwrights out of Rhinebeck, New York (where two of her 10-minute plays, “The Sisterhood” and “Bob Dole for President” received public readings). Her short plays “The Kiss” and “Another Party of the Wood” were selected for BPL’s Radius Playwrights Festival in 2018 and 2019. “The Kiss” won best play at Writer’s Voice Ten Minute Play Festival at the West Side Y in New York in the spring of 2018. She is currently at work on “Touch,” an evening of sketches that feature, in a quietly revolutionary way, a woman over 45 who drives the action and gets the bulk of the funny lines. “Lady Randy,” her first full-length play, is currently being produced by WAM Theatre and will open at Shakespeare & Company in Lenox on Saturday, April 20. 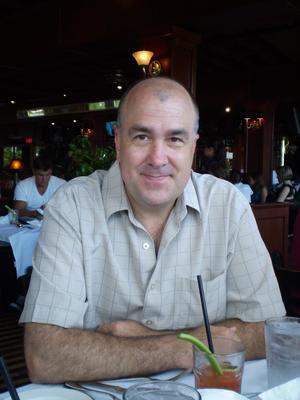 Another playwright with whom I talked for this series is Joe Starzyk. One of the highlights of this year’s Radius Playwrights Festival in early February at Saint James Place in Great Barrington was Joe’s very funny short play “The Blind Date.”The play was directed by Michelle Joyner with a cast that included Caitlin Teeley, Monk Schane-Lydon, Ryan Winkles and Jeanine Haas. Joe’s forte, it seems, is comedy. He’s got a big personality and he’s a big guy and, within a few minutes, you’ll be charmed by him and his gregarious personality, and most certainly by his plays. His short play “The Golden Years,” performed beautifully by Diane Prusha and Sam Bittman last year, was one of the 2018 Radius Playwrights Festival favorites. I asked Joe to tell me how he got started writing plays.

“How I became a playwright? I started as an actor and director in college. Then I took a 27-year break. When my youngest daughter was going through her ‘make your life hell’ phase, we talked about doing a theater project together. So in hopes of developing a new bond, I wrote a play with a part for her, a part for me and a part for her good friend. My wife directed. I self-produced it as a fundraiser for a local not-for-profit and in the course of a weekend, we raised $12,000, performed to sold-out audiences, and my new (or rejuvenated) career was born. That play has gone on to win several awards and is to date my most widely performed full-length play. 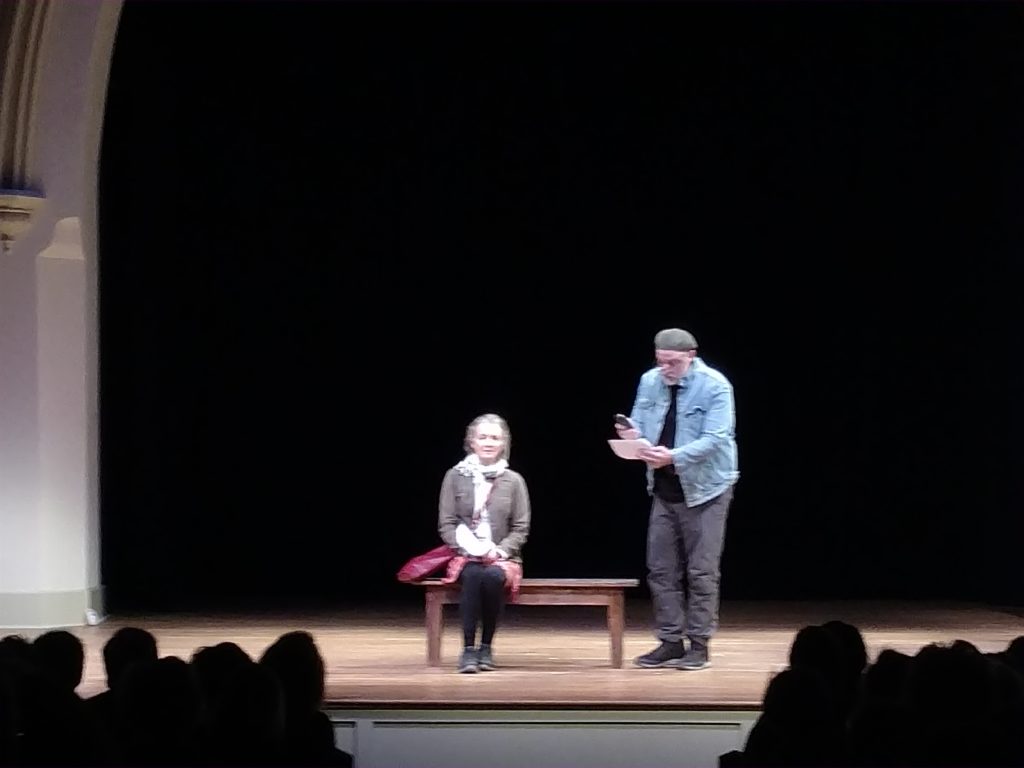 Mae Hedges and Doug Reese in ‘The Kiss’ by Anne Undeland.

I’m not a writer who forces himself to sit down each day and write. I wait for the muse to strike. And that may happen in any number of ways. Once an idea has popped into my head, I think about who the characters might be, what the structure will be and where I want it to go. Dialogue to me is the easiest part of the task. Let the characters be themselves, and sometimes they surprise you.”

Joe Starzyk’s plays have been performed at theaters in 11 different countries and on four continents. His play “Wedding Secrets” was named the winner of the McLaren Memorial Playwriting Competition in Midland, Texas. “A Grand Night For Murder” was a winner at NKU’s Yes Festival. “Bless Me Father” was one of the winners of the 2015 British Theater Challenge and “Whistler and His Mother” was named winner of the Theatre Oxford International 10 Minute Play Contest. Joe’s screenplay of “The Golden Years” has been named the winner of the Big Apple, Atlanta Comedy, and Oxford film festivals.