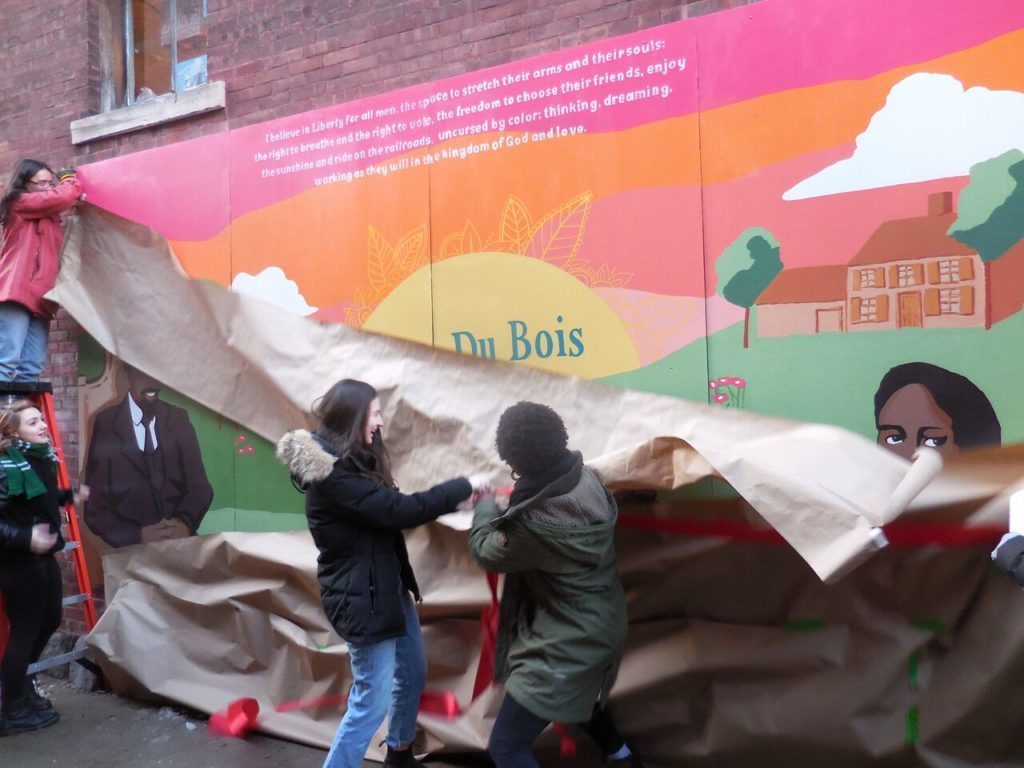 PART I: W.E.B. Du Bois and his politics: A complicated and controversial legacy

Editor’s note: This is the first in a three-part series of essays on W.E.B. Du Bois by Justin F. Jackson, an assistant professor of history at Bard College at Simon’s Rock in Great Barrington. Click here to read part 2 and here to read part 3.

As a recent immigrant to Great Barrington, and as an historian and an American, I’ve been proud to join celebrations acknowledging the 150th birth anniversary of my town’s most accomplished native son, W.E.B. Du Bois. Undoubtedly the greatest African-American intellectual in U.S. history and an activist who pioneered the modern civil rights movement and worked tirelessly for African peoples’ freedom throughout the world, Du Bois is long overdue for public recognition in Great Barrington and the nation.

Du Bois made extraordinary and lasting contributions to academic knowledge across several disciplines, including history and sociology. He fostered African-American arts and culture, wrote prolifically as a journalist, made forays into literature and poetry and, above all, acted as a leader in struggles for racial equality and civil rights. 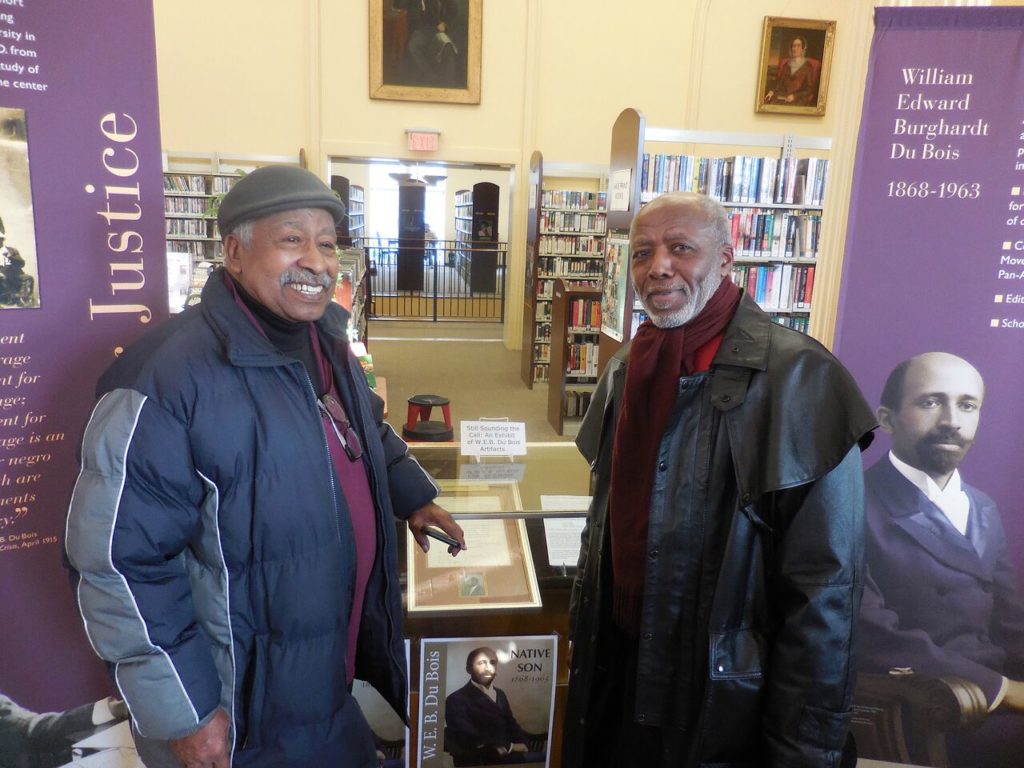 In recent months, all this has finally been acknowledged in the hometown he loved so much. Banners bearing his image and noting the causes of civil rights, education and economic justice that he championed adorned Main Street’s lampposts. Stirring musical performances and speeches filled halls and churches. Scholarly lectures enlightened the curious. The Mason Library hosted an exhibit of artifacts from his life.

The Commonwealth even embraced the festive mood. In February, the state Legislature passed a resolution, co-signed by Rep. William “Smitty” Pignatelli, D-Lenox, marking the sesquicentennial of Du Bois’ birth on Church Street in 1868, only three years after the end of the Civil War and the abolition of slavery. It seemed like Du Bois had, in a sense, finally come home to the welcoming New England community from which his family — and often paternalist but genuinely encouraging white neighbors, teachers and churchgoers — had ushered him onto the world stage.

Yet like Banquo’s ghost, the controversy surrounding Du Bois — and particularly his political ideology and affiliation at the end of his life — will not go down. Just as a specter whose troubled spirit aches for eternal rest, the legacy of his proverbially last-minute decision in 1961 to apply for membership in the American Communist Party at age 93 is revivified yet again in Great Barrington. Proving that the Cold War continues to haunt American life and politics well into the 21st century long after the rivalries, passions and violence it generated have dissipated, some local residents are protesting the vote of the town library trustees to welcome on the Mason Library front lawn a statue of Du Bois, the funds for which are being raised by private citizens.

What is their grievance? They believe that accepting such a statue and placing it on town property somehow implicates the town in the endorsement of Du Bois’ Communist affiliation. By extension, goes their logic, this would defame the patriotic service of American veterans who combated communism during the Cold War, and perhaps even endorse the crimes of communist regimes. 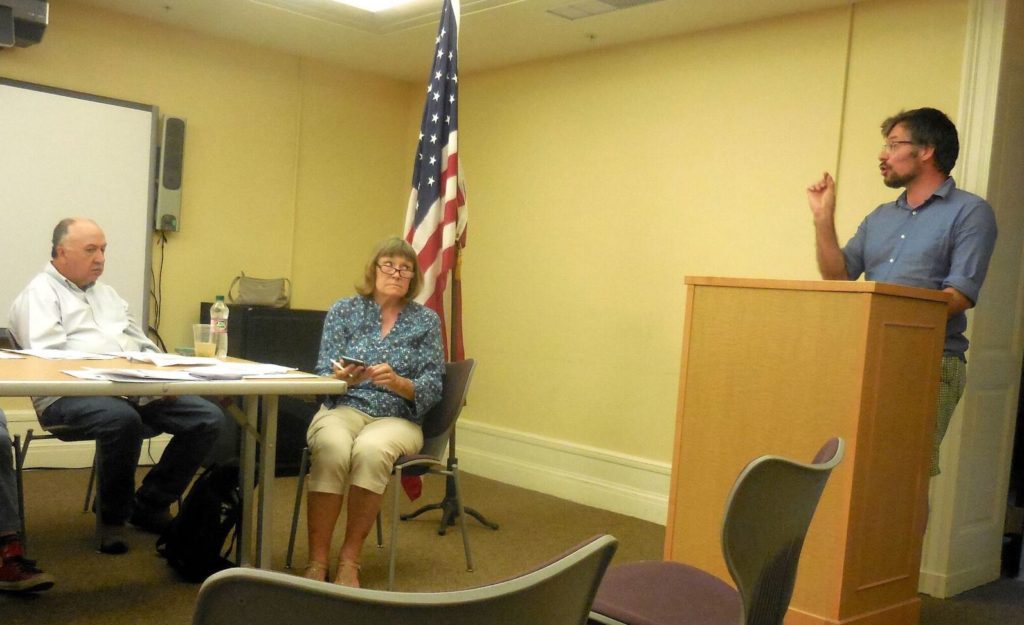 To the relief of many, during the celebrations of this year, such sentiments have largely been absent. This was surprising, given hostility toward efforts to honor Du Bois in the past — namely, in the 1960s, attempts to establish a monument at his homestead and, more recently, interest in naming a new elementary school after him. Now, for some reason, the old American spirit of anti-communism, at its feverish zenith during the Cold War, rises again to haunt Du Bois and attempts to remember his life and accomplishments.

Some critics have appealed to history and historical “facts” to protest the library trustees’ unanimous vote to accept, only in principle, a Du Bois statue. They insist that it would be more appropriately placed, if anywhere, at the Du Bois homestead on Route 41 — a hard-to-find location where no physical remains of his family homestead remain beyond its bare foundation, far from the hustle and bustle of downtown.

The statue’s opponents have issued several claims about Du Bois and his biography to make their case. Some are accurate, albeit in a very limited way. For the most part, they have been cherry-picked and dropped into the public arena without the historical information and context necessary to interpret or understand their meaning.

Other statements made by the statue’s detractors are simply incorrect. The intent, presumably, is to smear Du Bois as somehow insufficiently unpatriotic throughout the arc of his life. Yet even as some in high office find it perfectly acceptable to peddle bald-faced lies by repackaging them as “alternative facts,” the facts of history still do exist. They can be discovered, examined and verified to a reasonable degree of certainty, if only as part of the historical knowledge we hope everyone would want to possess in order to make reasoned and informed decisions in public policy and life. 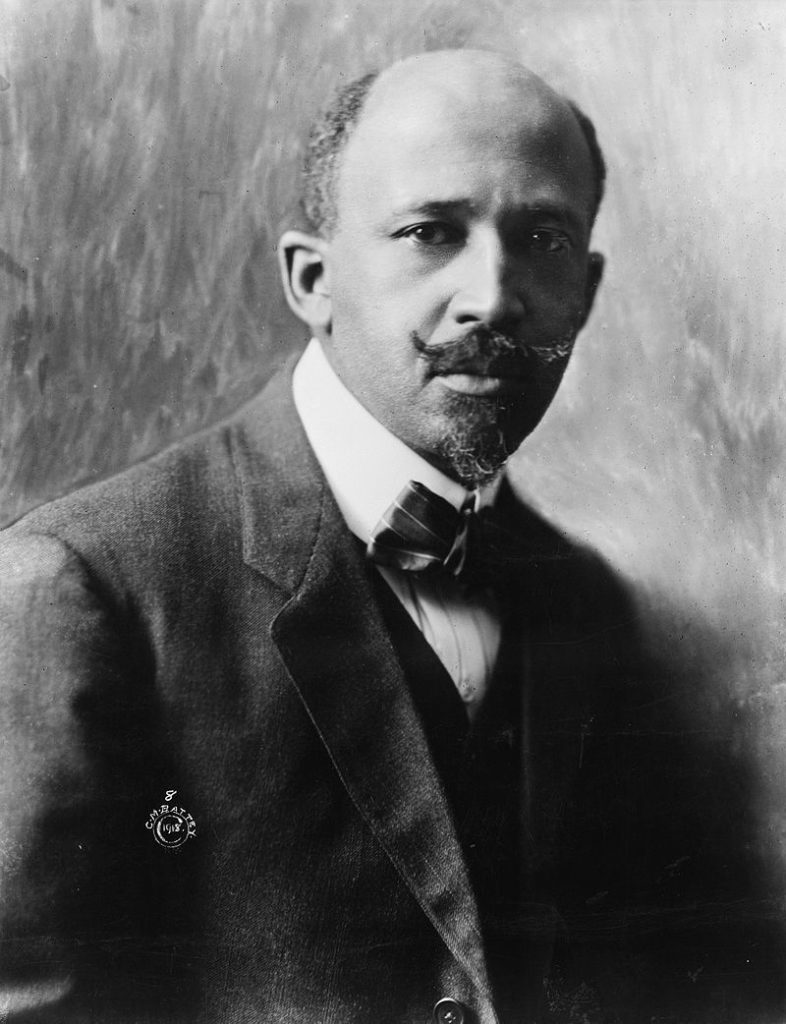 Great Barrington’s citizens and Berkshire residents deserve a thorough discussion of the extremely complicated and thorny historical questions involved in Du Bois’ biography and, perhaps especially, in his late-in-life Communist ties. Yet this discussion, and any public deliberations associated with it, would probably proceed best under a thorough accounting of the past — and one that doesn’t excuse Du Bois’ controversial decisions but rather tries to explain and contextualize them.

Du Bois was a great man who merits public recognition. Nevertheless, like every other historical personality whom Americans revere through statues and other markers, he was human and therefore quite far from infallible. Many of Du Bois’ admirers including myself would prefer, in the somewhat haughty confidence of hindsight, that he had never decided to join the Communist Party.

Yet whatever flaws — or perhaps even disloyalty — some may find in him are not necessarily good reasons to prevent Great Barrington from making what is ultimately a modest gesture acknowledging his significant contributions to American life. Indeed, disloyalty in itself hardly seems sufficient grounds for rejecting a memorial on the library lawn: It already hosts a monument to Laura Ingersoll Secord, a heroine of the War of 1812, born and raised on the library’s site and who, as a Canadian citizen, aided British military efforts against the United States.

The claims of statue critics warrant critical scrutiny. They gravitate around the implication that Du Bois somehow professed a lifelong adherence to communist doctrines and other suspect philosophies long before he joined the Communist Party in 1961, only three days before he and his wife left the United States for virtual exile in the newly independent African nation of Ghana.

Accusations include assertions that Du Bois visited the Soviet Union in 1917, the year of the Bolshevik Revolution in Russia, and the United States’ entry into World War I; that he sympathized with the Communist Party in the 1930s, beginning during the Great Depression, to such a degree that the NAACP, which he co-founded, expelled him; that he eulogized Soviet dictator and mass murderer Joseph Stalin upon his death; that he accepted from the U.S.S.R. the Lenin Peace Prize (he did, in 1960, at the Soviet embassy in Washington, D.C.); and that, by 1959, he expressed support for Mao’s communist regime in China, which had also killed millions.

Du Bois’ detractors have even questioned his patriotism by claiming he sympathized with Nazi Germany and imperial Japan. Sources cited for these claims do not always inspire confidence, at least from a scholar’s perspective; they include not only the website of the University of Massachusetts Amherst library, which, being named after Du Bois, also retains his personal papers, but also Wikipedia, a crowd-sourced encyclopedia of dubious accuracy, credibility and value. Their mixed provenance is further reason for a careful, step-by-step critical consideration of their claims and a contextualization of actual historical facts.

The author is an assistant professor of history at Bard College at Simon’s Rock. Information for this op-ed comes from David Levering Lewis, W.E.B. Du Bois: A Biography (New York: Henry Holt & Co., 1989).

— Gertrude Stein
Read next: REVIEW: 'The Plot to Hack America,' the untold war on American soil