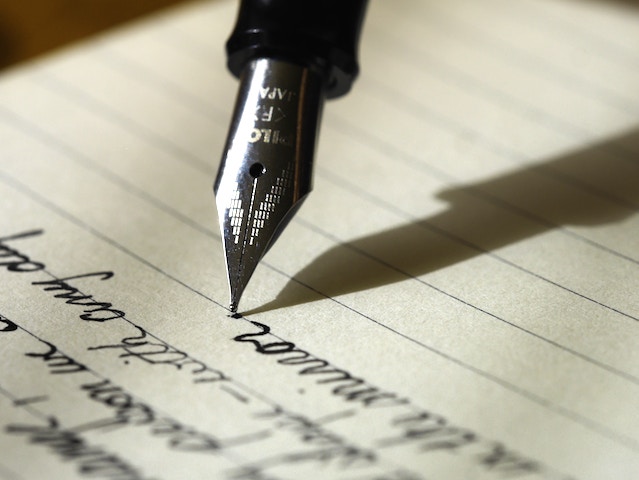 The following essays (two printed below; two will appear tomorrow) were conceived and written by students in Steve Rubin’s Osher Lifelong Learning Institute workshop this past June entitled “Writing Your Pandemic Memoir.” The class was conducted virtually via Zoom. Students were requested to write a short (750-1,000 words) personal essay on their COVID-19 experience. They were asked to consider how their lives had changed, how they were able to cope with a new reality, and what “guilty pleasures,” if any, they might have encountered during the lockdown.

I used to buy my mother a Jewish calendar every year. At first they were from the Jewish Museum and later from an artist I found online.  For years, before her dementia took away her ability to manage her own time, she kept the calendar on the refrigerator and filled it with family occasions, social engagements, and doctors’ appointments for her and my Dad. Toward the end of her life it sat unused in a pile of books and mail by her chair. The blank pages were a painful reminder that the person I loved was already gone. 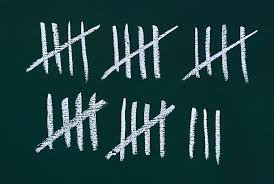 When my mom died I took the calendar home with me and when I got the next year’s order form I decided to buy one. Even though I no longer use a paper calendar, it was a way to stay connected to her. I put it in the kitchen among my cookbooks.

Nothing was official at the beginning of March, but the spread of COVID-19 had already become frightening enough to change how we lived our lives. After much agonizing, and only one day before I was scheduled to leave, I canceled a long-planned three-week vacation in California. With a mixture of sadness and resignation, I spent the day going through my phone to delete all the plans I had made for the trip and re-enter events and standing appointments at home. Although “stay-at-home” orders had not yet been issued, by the following week I started to delete most of those as well. It was clear that meetings, dinners out, movies, and Pilates classes were too much of a risk. My calendar was starting to look like my mother’s. Empty.

A few days later I came across the calendar while searching for a recipe and on an impulse decided to cross off each day I had to spend at home. I thought it would be about two months, fully expecting to be at my granddaughter’s high school graduation at the end of May.

Somewhere around day 57 I noticed that I didn’t cross out a day before I went to sleep, even though the calendar is right next to the alarm I set before going upstairs to bed. I crossed it off only on the following morning. And I knew it was because of the fear that came each night.

The days were passing quickly, even pleasantly. I got together virtually with friends and family, attended services in a ZOOM room, took online classes, and signed up for webinars with best-selling authors and pundits. I read serious non-fiction and trashy novels, binge watched series I had never gotten around to and discovered all kinds of performances on YouTube.  I tried new recipes and wines. When I was indoors, I reflected on how much I loved my newly renovated home, and when I walked the Berkshire trails I delighted in the signs of spring. But the nights were hard. I couldn’t sleep, dreading the darkness and the lack of distractions to keep my thoughts from dwelling on getting sick and dying. I was afraid of an unseen enemy and angry there was no one to protect me. Only when I got up the next morning did I feel it was safe to say I had made it through another day.

There is a Jewish prayer of gratitude that is offered upon waking up in the morning. The translation I find most meaningful is I am grateful to you, Source of all that lives and exists, for restoring my soul with compassion. Great is your faithfulness. I can’t say I have faith in any particular “Source of all that lives and exists.” I don’t believe in God. If I did, I think it would be easier to cope with the devastation and uncertainty of the pandemic. But I am grateful every morning I wake up, my soul restored. I say thank you every time I cross off a day.

Lately, I have been forgetting to cross off the days. Perhaps I am less afraid because the restrictions have been relaxed and it feels a little more like “before.” My mother got into bed one night, closed her eyes and never woke up. She was 94. Perhaps if I have survived this far it is not my time to die. I am still grateful each morning my soul is restored, but I no longer feel compelled to count the days.

Barbara Viniar served as president of two community colleges and founded “Rise Up Leadership Coaching,” before retiring to Pittsfield in 2018. 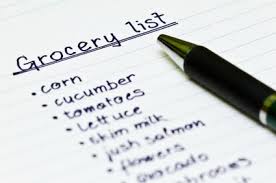 The pandemic sort of crept in on us. We knew it was coming. After all, we are big watchers of MSNBC, and Rachel Maddow had given us plenty of warning.  But nothing had happened yet to change our lives to any great extent. Audrey and I continued our usual day-to-day activities well into March. Then we started getting “cancel calls” from employers, gyms, doctors, and even hair salons. We had the strong feeling that our lives were being put on hold, as we were being propelled into pandemic mode.

This was our family’s first pandemic, and we didn’t know the rules we would need to follow to survive with our physical and mental health intact. Venturing outside our “shelter” seemed pretty scary, and staying enclosed with just the two of us presented other challenges. Then we expanded our team to include our daughter Amanda, whose consultant job had suddenly gone from travel-centric to work-from-home. Leaving her New York apartment, Amanda arrived with her usually optimistic spirit and a wardrobe of exclusively black clothes, most of them of the workout variety. “I’m going to be on the phone or computer all day and will be seen only from the neck up,” she explained.

Our team quickly realized that we didn’t yet have a game plan to deal effectively with the pandemic, something that made the women in my family uncomfortable. Both Audrey and Amanda are planners and managers, even micromanagers at times. They are better at being pro-active than reactive. Putting those skills to work, they both stepped forward over the first four weeks to normalize our very un-normal lives. They also created our most successful tool to challenge the pandemic—the weekly “shopping list.” The shopping list did more than just make sure we would have the food and supplies we wanted and needed. It provided order in the middle of chaos and helped us work together as a team.

The shopping list just sort of evolved. One morning, I probably said something like, “We’re going to need milk, cereal, and seltzer soon.” And Audrey said, “Put it on the list.” Up to that time, I think the list was just a plan in Audrey’s mind. But I quickly got the hint and found a lined pad, placed it on the counter across from the sink, and laid a ball-point pen next to it. Whenever Amanda or I would suggest some grocery item that was running low, Audrey would say, “Don’t tell me; put it on the list.” The list started to grow without any real order and in multiple handwritings. That might have worked for “unsystematic” me, but not for the two managers. Before the list was actually used for grocery shopping, Audrey rewrote it, organizing the items into logical groupings and, depending on which store the shopper (usually Amanda) would be going to, according to that store’s general layout.

If that smacks a little of obsessiveness, then you don’t know the women in my family. Even more careful planning would follow. For example, soon Audrey and Amanda, working in conjunction, unveiled “the schedule.” The key elements of “the schedule” included not only what we would eat each night but also where we would shop for our food and when, or if, we would make a trip to a restaurant for take-out. The shopping list and the schedule went hand-in-hand as weapons against both boredom and chaos. In a very short time, even I came to appreciate the order they imposed on all of our lives.

The idea of maintaining a food-related schedule has a long history in our family. It dates back to the diary that Audrey used to keep during her summer camp years, which she has always considered the best years of her life. We discovered one year’s diary entries when we were decluttering a basement closet early in our sheltering. One entry went like this: “This morning we had cereal and fruit. Then we went swimming. For lunch we had sandwiches—tuna fish or peanut butter and jelly. We had arts and crafts in the afternoon. For dinner we had roast beef and peas. It was just ok.” Other similar entries followed, each focused primarily on food. So it wasn’t surprising that “the schedule” was initiated. 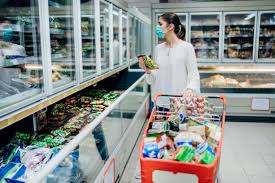 We took several factors into consideration in devising the schedule. For example, we decided early on to restrict the number of shopping ventures during the week for everyone’s safety even more than for our convenience. After all, sheltering meant staying inside as much as possible. The plan was to make one outing a week usually to Kilroy’s, the small but well-stocked local grocery store in our town, which had early on declared its intention to restrict the number of mask-wearing customers allowed in the store at a time. The other acceptable venue was a nearby fish store that we all trusted and whose offerings would fit well into the Weight Watchers diet that all three of us were on.

Here is what a typical weekly schedule looked like: Monday and Tuesday, fish; Wednesday, chicken for the women and a tofu stir fry for me; Thursday take-out, either Greek, Italian, or Asian; Friday, Kilroy’s chicken burgers/veggie burgers or taco salads; Saturday, leftovers from Thursday night; Sunday, pizza using a Weight-Watcher friendly dough that Amanda had learned about from a “foodie” dieter on Instagram. Overall, we felt pretty satisfied food-wise and, remarkably, we all earned hokey, but welcome, charms from Weight Watchers for successful weight loss.

With our shopping list and schedule in place, we felt prepared for the pandemic—as long as we avoided getting sick ourselves or coming into contact with anyone who was sick. Inside our house, the virus felt under control. And we could maintain that illusion, until we tuned into Rachel Maddow each evening at 9, and she brought on the chaos again.

Michael Goodman is a long-time editor of educational materials and author of nonfiction books for children and young adults. He splits his time between the Berkshires and northern New Jersey.