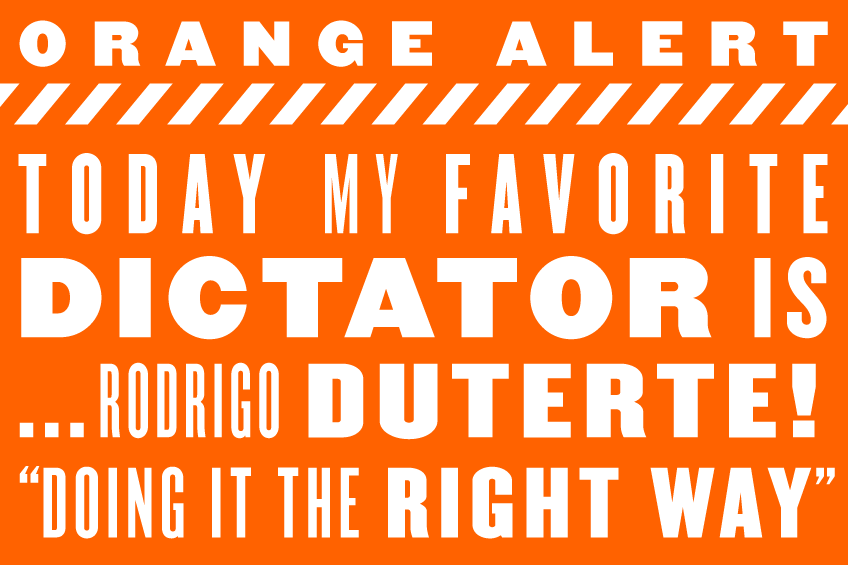 The results of his invective have been shocking, with an average of around 37 people per day killed in extrajudicial fashion. Representatives from the U.N. as well as international human-rights groups have condemned the rampant slaughter, to which Duterte’s response has been dismissive.

“I don’t care about human rights, believe me,” Duterte said in early August.

“He was quite sensitive to our war on drugs and he wishes me well in my campaign and said that we are doing, as he so put it, ‘the right way’ ”