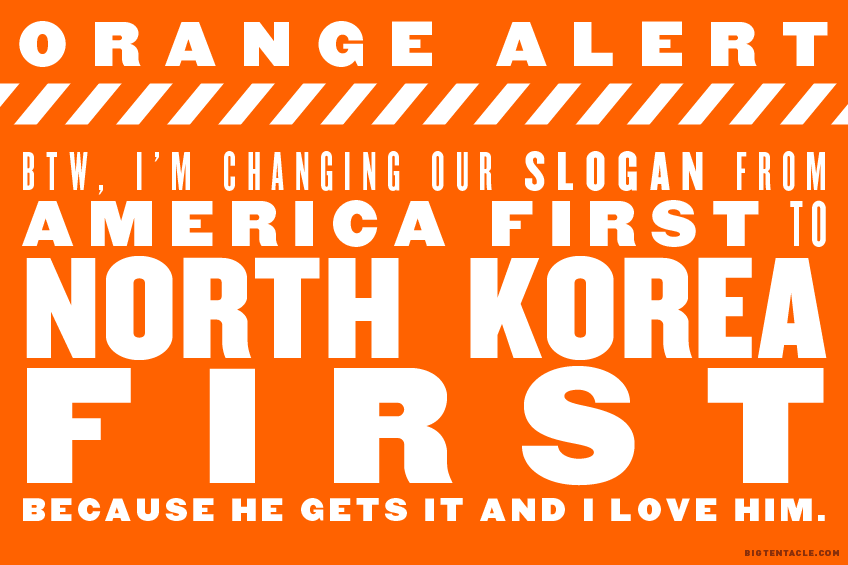 Before he hit the trail, Trump spoke to reporters outside the White House and once more waxed rhapsodic about his love affair with North Korean leader Kim Jong Un. He was smitten by a “beautiful letter” he got from his dear friend who happens to have much blood on his hands.

The president of the United States is effectively scolding our intelligence services for doing their jobs. He’s saying to an adversary: Don’t worry, I’ve got your back. Our terrible agents won’t trouble you again.