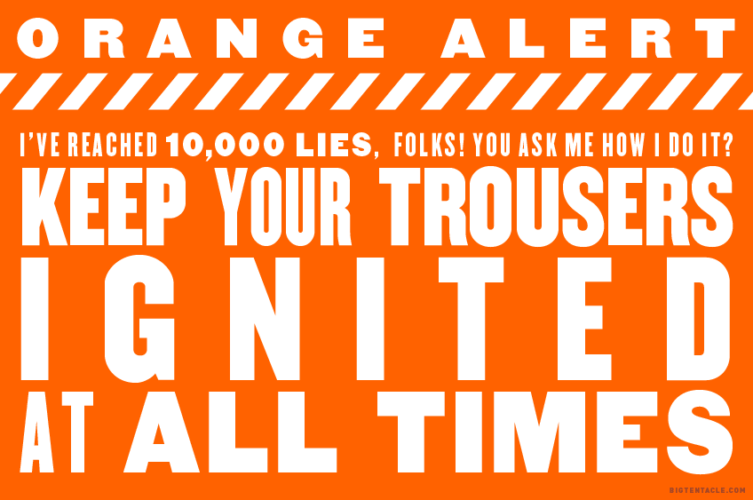 Washington Post fact-checker Glenn Kessler on Monday said that President Trump has now eclipsed the 10,000 lie mark during his tenure in the White House.

“He’s now hit 10,000,” Kessler said Monday in an appearance on CNN. “That’s an average of about 23 false or misleading claims a day in the last seven months.”

Kessler noted that Trump’s rate of saying false or misleading statements has picked up recently, alleging the president had made 171 such statements in the previous three days.