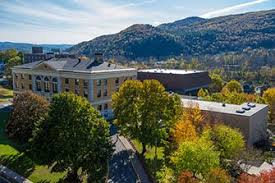 As the president of a public institution of higher education, I have the unique opportunity to hear from many voices of those who represent the next generation. It should come as no surprise that there are myriad concerns coming through in those voices about the state of our country.

Among the Trump administration seeking to restrict Title IX’s definition of gender to “a person’s status as male or female based on immutable biological traits identifiable by or before birth,” bombs being sent to officials affiliated with the Democratic Party, and shooting violence fueled by the increasing volume of hateful, racist, anti-Semitic and ideological propaganda being used in the U.S. to sow fear and discord, it is easy to see that we are a nation in need of healing. It is not appropriate to go on with our lives and leave this for the next generation to solve.

As an institution, we at the Massachusetts College of Liberal Arts do not agree with the Trump administration’s definition of gender and gender identity and we will not use its definition for any purpose. We will not erase people’s identities nor prevent them from using facilities that best fit their gender identities and expressions, and, as an institution, we will continue to value the contributions of trans/non-binary/gender-nonconforming faculty, staff, students and visitors, and recognize their vital roles as part of our campus community.

There is no room on our campus for any kind of hateful rhetoric or action. As always, messages of hate and vitriolic actions against marginalized groups are not tolerated at MCLA. Our community is Too Great to Hate.

MCLA will continue to maintain broad protections for trans/non-binary/gender-nonconforming faculty, staff, students and campus visitors regardless of the action of the Trump administration. Massachusetts law, the Massachusetts Board of Higher Education, and the trustees of MCLA provide the college with the authority to determine the content of our antidiscrimination policies.

Even if the Trump administration were to change Title IX’s definition of gender, the Commonwealth’s laws include some of the strongest gender identity protections in the nation. The Commonwealth protects transgender individuals from discrimination in state government, employment, public schools, housing and public accommodations, specifically including locker rooms and bathrooms. In Massachusetts, crimes motivated by gender identity are considered hate crimes — we already have an established law protecting transgender people from discrimination, alongside 18 states and more than 200 municipalities. 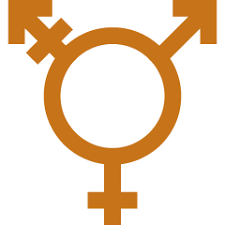 I believe that there is no shame in acknowledging one’s fears. And there is nothing wrong in feeling differently, or having a different opinion than your peers or colleagues; we all must live our own truths. For instance, we often hear that we are a nation of immigrants. The truth is much more complex: We are a nation of people, some whose ancestors immigrated here voluntarily. We are also a nation of people whose ancestors were brought in bondage against their will. Moreover, we are a nation of people descended from those who originally inhabited this land and had it stolen from them. Our nation was founded with glorious words that hid a darker reality. Struggling with that reality has been challenging but ultimately makes us stronger. Difference enriches us and makes the world — and our country — a more interesting, vibrant, compassionate place. The United States, indeed, is built on that. We are a nation known for its perseverance and tolerance. But we are far from perfect, and our history reflects that, too.

We are also a nation that holds dear the concept of free speech—but threats and hateful words, whether violent or rhetorical, go beyond that concept. Free speech is a responsibility as much as a right; we must choose our words carefully and look hard at our well-worn beliefs and biases. We must listen to one another freely. Above all, we must hold space for one another’s dignity and dialogue.

It is important for our wider community — all of us here in the Berkshires — to take pause and consider these concerns from the perspective of a younger generation. Our students at MCLA continue to inspire me with their good citizenship, responsibility and personal stories of success. As we prepare to give thanks this month, let’s do as much as we can to make our world a place of kindness, acceptance and inclusion so those values may carry forward after we are no longer here.