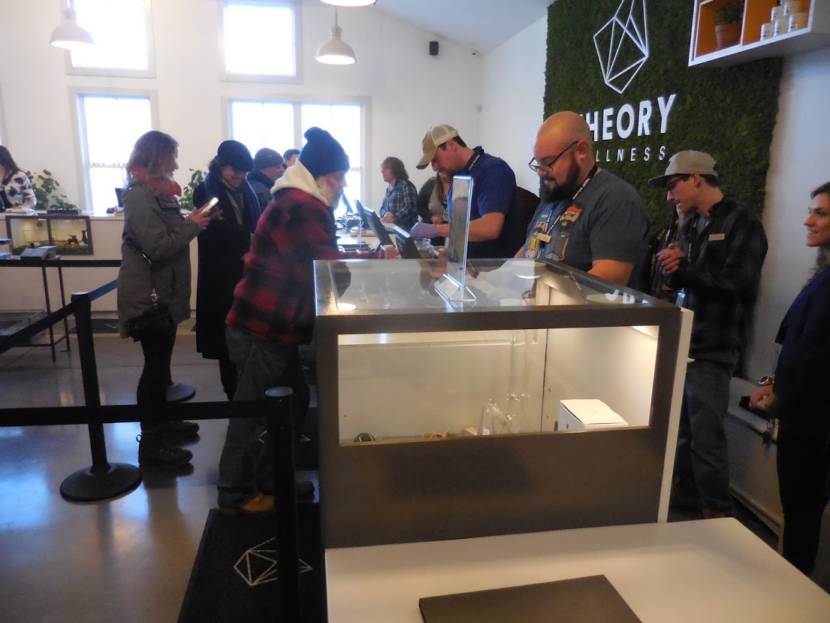 Editor’s note: This is the fourth in a series of articles examining the implications of the legalization of marijuana. Part I, Part II and Part III are also available.

For every cannabis-related fact, there is another fact to contradict or muddy it. The average stoner in 2019 is an ambitious, energetic, fully employed 30-something (so say the cannabis advocates who are reclaiming “stoner” as a compliment). The average stoner is a younger college dropout who has trouble making ends meet (so says the National Institutes of Health). Heavy marijuana use is defined by whether you need it not to feel depressed. Heavy marijuana use is defined by consuming at least a joint a day. In 2016 the average legal purchaser in Washington State spent $645 on pot, but 87 percent of the North American market in 2016 was illegal, so no one knows how much most people spend on pot. Does marijuana lead to schizophrenia and psychosis (see Alex Berenson’s new book “Tell Your Children“), or should it be a component of any healthy person’s wellness regimen (see the names of most would-be retail marijuana outlets in Massachusetts)?

The confounding nature of facts and alternative facts surrounding pot are the result of our 80-year prohibition, which prevented serious study of its qualities. As far as the government and public life were concerned, marijuana didn’t exist. It lived underground. Thus, as Malcolm Gladwell pointed out in this week’s New Yorker, there is “insufficient evidence” on nearly every measure by which we might judge it.

So we fill this uncertainty vacuum with our own subjective hopes, dreams and fears for the new recreational marijuana industry, hampered by our own federally imposed ignorance.

Last summer, Pittsfield’s medical marijuana dispensary Berkshire Roots and the business promotion organization 1Berkshire sponsored an educational event at Jiminy Peak aiming to answer the question, “Will the Berkshires—a magnet for those who love wellness, culture and beauty— become the next popular canna tourism destination?” In this lucrative scenario, our county’s theoretical users will be upscale. They will treat their cannabis like fine wines or cheeses. Their consumption will be judicious, measured, discreet. They will be wise enough to select designated drivers and not drive impaired; though, in typical cannabis information vacuum fashion, there is no good test to measure current levels of THC-induced impairment.

Canna-tourism promoters are banking on this multimillion dollar question: Will our urban, deep-pocketed visitors who come from away to partake of Tanglewood, yoga, Norman Rockwell and farmers’ markets add a stop to partake in tutorials on joint-rolling?

Maybe. Maybe not. The existing evidence (of which there is, of course, not much) on who consumes the lion’s share of America’s marijuana supply would seem to cast doubt on our exalted expectations. To paraphrase Carnegie Mellon professor Jonathan Caulkins, author of “Marijuana Legalization: What Everyone Needs to Know,” we’re having a Whole Foods conversation about a WalMart situation.

Caulkins has crunched data from the National Survey on Drug Use and Health, and concluded that adults who use pot fewer than 10 times per month account for less than 5 percent of all consumption. “More than half of marijuana is consumed by someone who is under the influence more than half of all their waking hours.” A 2014 Colorado study found that about 30 percent of users accounted for 87 percent of the marijuana demand in the state.

These heavy consumers are mostly not—Elon Musk’s public puffing notwithstanding—moneyed, elite-educated adults. Weed’s use tracks with that of tobacco, and both are concentrated among “lower social capital” populations. Keith Humphreys reported in the Washington Post in 2015, “Five-sixths of today’s marijuana market comprises, from largest to smallest share, high-school graduates, people who attended some college (over 90 percent of whom are no longer enrolled), high school dropouts and teenagers.” This past September, the National Institutes of Health published a report that concluded, “Daily, or near daily, marijuana use is now nearly three times as high among non-college young adults as among college students.”

But who wants their average customer to be a kid stuck in low-wage jobs, who rents a room in his buddy’s mom’s house and bums rides to work? Our Berkshire County cannabis products and users won’t be common; they will be special. Joshua Silver, the lawyer whose recreational dispensary Silver Therapeutics will likely be opening soon in Williamstown, would prefer we see his namesake business as something rarefied. “The way I think of it is it’s less like a pharmacy as a jewelry store,” Silver told the Greenfield Recorder. (Oh, the wordplay opportunities! “A gold of pot.” “Diamonds are for-eefer.”)

Silver was quoted in the Williams College Record speculating, “Williamstown’s got the Clark, North Adams has MASS MoCA, and they draw a lot of people, so I was kind of seeing a Venn diagram, a lot of overlap between who our customers are and who the people are that are already traveling to and live in those areas.” Maybe his establishment could become the sister store for the new North Adams hotel “Tourists.”

But bringing this daydream down to earth, if your best cannabis customers are the people who live in North Adams, that doesn’t bode well for those customers’ financial well-being. The median income there is $38,774—the third lowest in Massachusetts—so a median-income, heavy cannabis user smoking 2 ounces of weed per month at $300–$400 per ounce stands to spend about a quarter of their annual earnings on the drug. (Here’s a black market dealer in Canada quoted in Vice, forecasting profit margins for him and his competitors as that country legalizes, regulates and taxes marijuana, “These guys are just going to fucking kill it for the next two or three years.”)

Why, when we talk about cannabis, don’t we talk about the people who use the most cannabis? Because, for the most part, they aren’t us, writes Humphreys, a Bush and Obama drug policy advisor. “The college-educated chattering classes portray and discuss the world they know, which in fact is a small slice of the U.S. marijuana scene.” Human beings are inclined to assume that their own lived experience reflects that of everyone else’s.

We—the people who think and talk about pot as a business opportunity and have the $500,000 the state requires to follow through with it—are likely not to take note of the “other” in our midst, the other being cannabis users who smoke not for recreation or wellness so much as for a Catch-22-esque escape from the high stress level that comes from not having enough income.

An exchange from the Edge’s Facebook page on Jan. 7 illustrates this point, poignantly. One commenter wrote, below a story on Theory Wellness’ imminent opening, “Can’t afford a house in Great Barrington but you can afford to get stoned.” One response was: “YES. I CAN’T AFFORD A HOUSE. I’M POOR. Sometimes that 10 dollar gram of pot makes me feel less like a loser.”