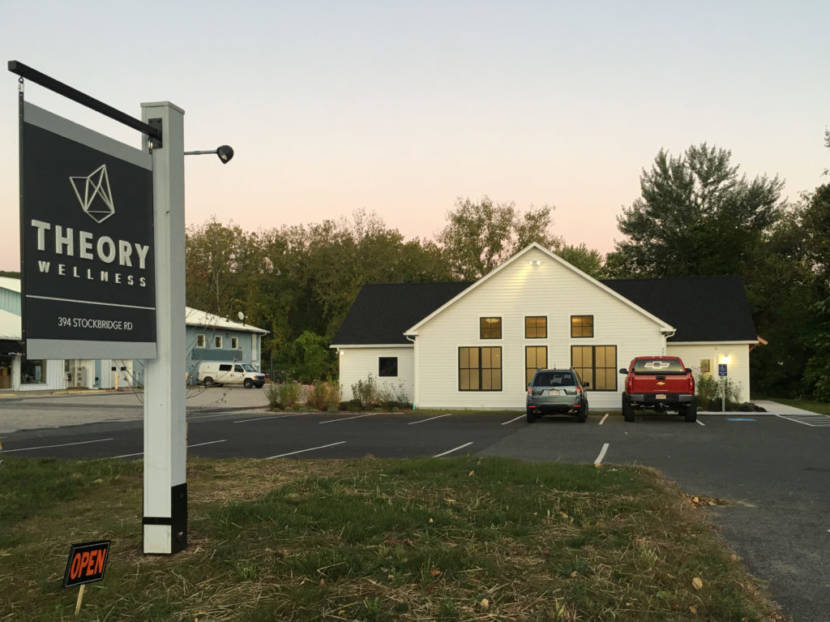 This is the second in a series of articles examining the implications of the legalization of marijuana. To read Part I, click HERE:

As reported by The Edge Dec. 14, the Cannabis Control Commission voted at its Dec. 13 public meeting to approve the final licenses of two Berkshire County recreational retail dispensaries: Temescal Wellness in Pittsfield and Theory Wellness in Great Barrington. (Temescal produces its products in Worcester; Theory’s production facilities are located in Bridgewater.) Two others in Massachusetts, Alternative Therapies Group in Salem and Northeast Alternatives in Fall River, were also approved, bringing Berkshire County’s share of green-lighted retail recreational pot facilities to one out of three. 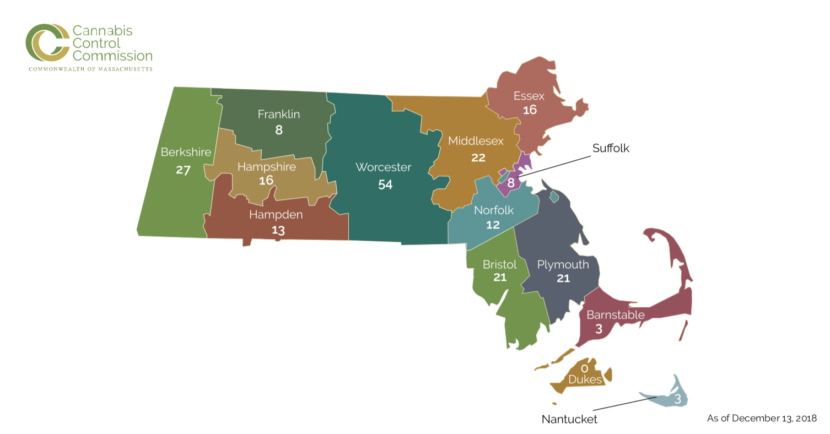 Municipalities in Massachusetts whose citizens voted in the majority in favor of legalization on the 2016 ballot initiative are charged with regulating the industry within their borders, led by the Cannabis Control Commission. The commission’s website offers, among many other resources, 19 Guidance Documents, from Guidance for Farmers to Guidance for Consumption of Marijuana for Adult Use and Guidance on Seed-to-Sale Tracking.

Moratoriums on retail and cultivation facilities can extend, with the state attorney general’s blessing, into 2019. (Egremont, New Marlborough, Lenox and others fall into this category.) Townspeople must eventually determine such things as the number of businesses they will allow, what the maximum size may be, and where in town they can be located. The two cities and 30 towns of Berkshire County have, so far, taken a broad range of approaches in regards to caps, size and zoning, with much more still to be determined in the coming months and years. To comply with the law, at least one recreational and one medical marijuana business must be permitted.

The city of Pittsfield, population around 44,000, has by far the most recreational marijuana activity in the county. Nate Joyner, the city’s permitting coordinator, says the City Council voted to match the number of city liquor licenses, and so it has been set at 35. No limits have been placed on the size of facilities but, for most uses, applicants must apply for a special permit, a two-step process, with the zoning board of appeals having discretionary power to give businesses a thumbs-up or -down.

Said Joyner: “We have had seven retailers come through the special permitting process approved. One was denied.” In the case of the denied would-be business, Berkshire Cannabis Company, the brainchild of two local residents, its proposed location near the Berkshire Probate and Family Court, in a congested downtown area with no onsite parking, was considered too problematic. In addition to retailers, the city has had four cultivators and two manufacturing firms approved. (Manufacturers turn the raw cannabis material into a huge array of other products like edibles and tinctures.) One company, Evergreen Strategies, has completed the first step, securing a host community agreement with North Adams, and at least one other business has expressed interest to date in that city. 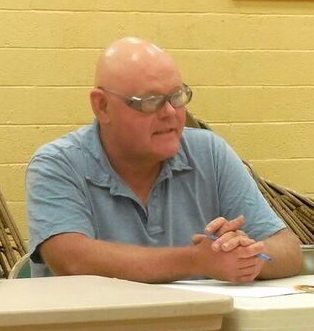 The West Stockbridge (population around 1,300) Planning Board has decided to cap the number of retail operations in town at one, and that business may not be located downtown. West Stockbridge Planning Board member Jon Piasecki said, “Our hope was to be small, to make it so we would be friendly to local people and not conducive to big industrial cannabis.” To that end, they also decided to limit the size of cultivation facilities to Tier 1, or 5,000 square feet. Farmers like Piasecki, who are interested in becoming cultivators, must apply for a special permit, which process allows for public input.

The town of Lee’s zoning board has also decided not to permit stores in the downtown area. Additionally, an excerpt from its updated zoning bylaws reads: “No Marijuana Retailer may be located closer than five-hundred feet (500’) from any school, place of worship, any type of child care facility as referenced in 606 CMR 7.02, or other similar facility where minors commonly congregate and are the primary population served by the facility.”

New Marlborough, more than any other town in the county, has striven to educate its citizens on cannabis issues: Its website is a veritable clearinghouse of local and state information. A 79-page PowerPoint, prepared by the town’s 10-member, all-volunteer Cannabis Ad Hoc Committee, lays out all the possible configurations of cannabis businesses and provides images from Colorado, Oregon, California and other states on what those facilities might look like.

The catalyst for the formation of the committee, and its extensive research, was last winter’s surprise application by a New Jersey developer named Joshua Seitz to build an 110,000-square-foot industrial marijuana cultivation facility at 1270 Hartsville New Marlborough Road. “Everyone pounced on the proposal. The town felt exposed, caught off guard. There was confusion, fear and anger,” said Dan Doern, chairman of the committee. A group of citizens got enough signatures to put a moratorium on the ballot, which passed at a special town meeting April 13, 2018. (That moratorium will expire June 30, 2019.)

The ad hoc committee convened thereafter and conducted a survey, shared among its roughly 1,500 townspeople. (New Marlborough also includes the hamlets of Mill River, Southfield, Hartsville and Clayton.) Said Doern: “We got 522 respondents, and very good feedback, There’s a Google group now available through it. Seventy-five percent of respondents said we need new bylaws customized to cannabis, and 25 percent thought we didn’t need bylaws, that the special permit process could handle it on their own. My opinion is: That’s insane, considering the scale that this industry could become. We have a lot of land for sale and it’s pretty cheap. There’s a lot of exposure for us and we could see a lot of things that we don’t want to see.”

About 60 percent of the survey takers wanted to see some or all of the eight types of marijuana businesses in town, but they preferred, Doern said, “the smaller-scale options; microbusiness, craft cooperatives and cultivators—farm-based things.” Citizens want to support the community’s small farmers, he said, those who have a hard time making it through the winter. 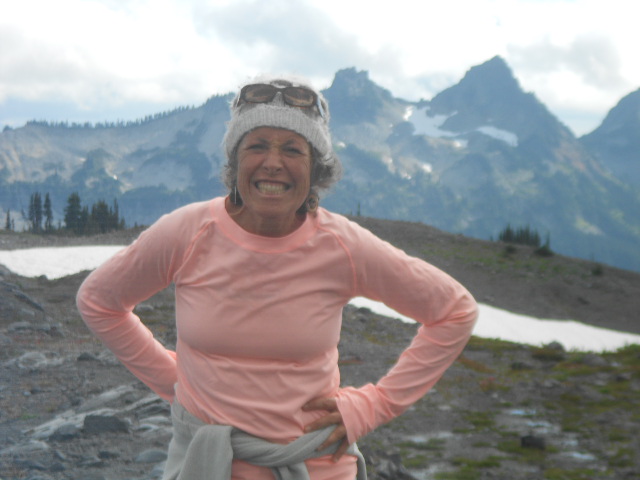 Tes Reed, longtime New Marlborough resident, said she believes her feelings are widely shared, which boil down to: I’m cool with all of it, just not next to me: “This place is special! I drive by solar panel fields and feel so bad for the people who live there. If industrial facilities of any kind started going up around me, I’d leave my home. I’d go find a plot in the middle of the forest.”

Bylaws for cannabis businesses are now in development by the New Marlborough Planning Board, guided by the ad hoc committee’s extensive findings, and citizens are breathing easier about the issue. But, Doern said, “People were very confused early on; they didn’t know what they voted for.”

In Lenox, where the recreational marijuana ballot question passed by only six points, voters have extended a moratorium until May 2019. One resident explained, “There’s an attitude of, ‘We want it legal, but we don’t want it sold in our town.’” Coming from a been-there-done-that place, Doern’s comment on Lenox was, “Their mistake was they didn’t understand the depth of passion about this issue.”

The Berkshire town where the marijuana ballot question passed by the smallest margin—only two points—was Dalton. But in May 2018, voters there voted not to extend its moratorium, and to get on with creating bylaws for the industry. 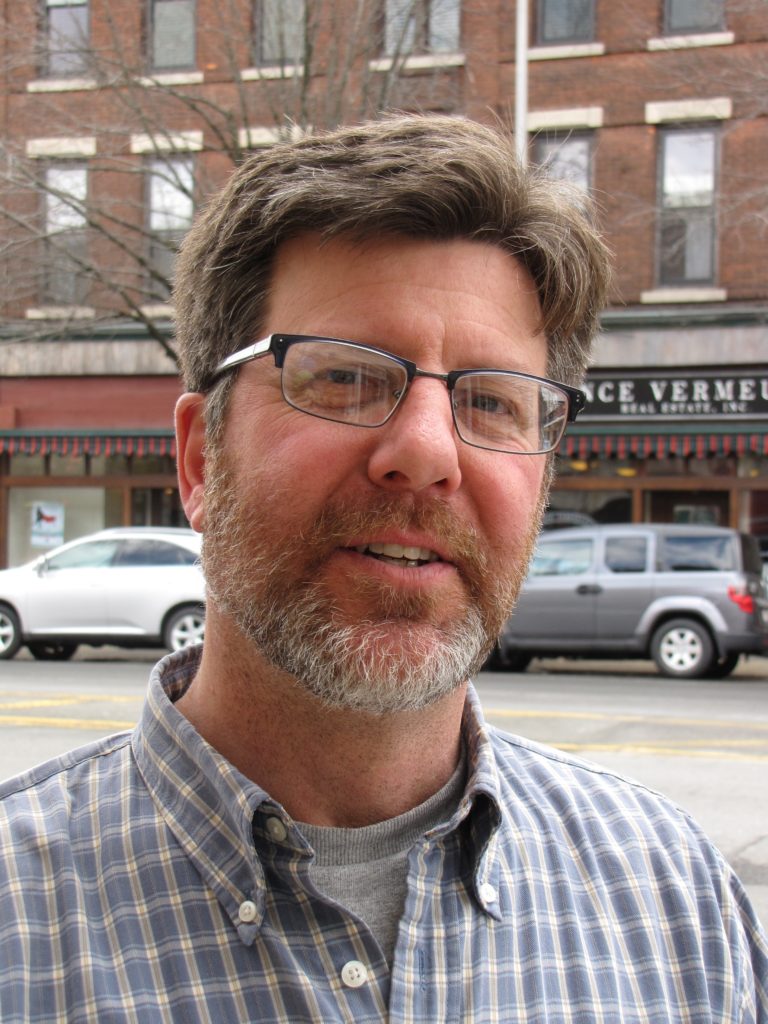 Then there is Great Barrington, whose citizens voted for marijuana legalization by 30 points and whose selectboard has imposed no limit to the number of recreational marijuana stores in town. A retail cannabis outlet can operate anywhere any other retail outlet can operate, except in the mixed-use zone on Manville Street south of town. Let’s see what the market will bear, goes the town’s thinking. Selectboard member Ed Abrahams, known, he says, as the “cannabis guy” for his study of the subject, thinks there ought to be more attention paid by citizens to zoning rules: “When it comes to zoning, the subject comes at the end of town meeting when people are tired, so you don’t get to look at all the options.”

New Great Barrington Selectboard member Kate Burke is worried that the financial benefits of the industry will flow to the same people they have always flowed to, and will not do anything to redress criminal injustice or fiscal inequality. “As such a progressive community, I really wish we had gone about this process with a progressive mindset in regards to social justice and equity.” (There will be much more on the social justice aspect of legalized marijuana in a future installment.) 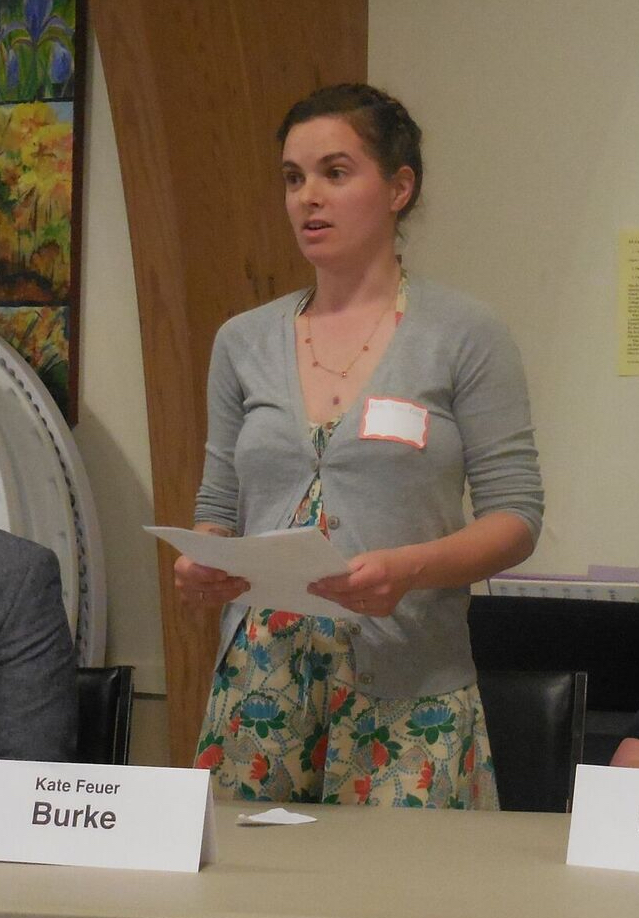 She’s also concerned the town’s laissez-faire approach might not reflect the true will of the voters. Many people didn’t realize they’d elected not to cap the number of businesses. “Everyone I talk to says, ‘There’s no cap? There should be a cap!’ There is something to be said for the free market, but what if people move here for them [jobs in the industry]? In a few years, this will be legal in Connecticut and New York and there goes the market we created.”

Also concerned is Ed Domaney of Domaney’s Liquors and Fine Wines: “There’s a certain culture in our government that doesn’t like regulations. They think they’re bad, that they hurt business. But regulations are good. We regulate water bottles and straws for the environment, and liquor for public safety. We regulate how close a McDonalds and Burger King can be to limit how much crap food people can have in front of their faces. This [Great Barrington’s approach to cannabis businesses] goes against all that.”

Abrahams said: “Somebody stood up [at town meeting] and said, ‘What we wanted [in legalizing marijuana] was for people not to go to jail, we didn’t necessarily want it all over the place.’ But if there is interest in limiting the number of businesses, no one has expressed a reason except that we don’t want to be known as a pot town.”

Next up in this series: Social Justice and Legalized Marijuana

— Gertrude Stein
Read next: CAPITAL IDEAS: Start me up? Or shut me down?