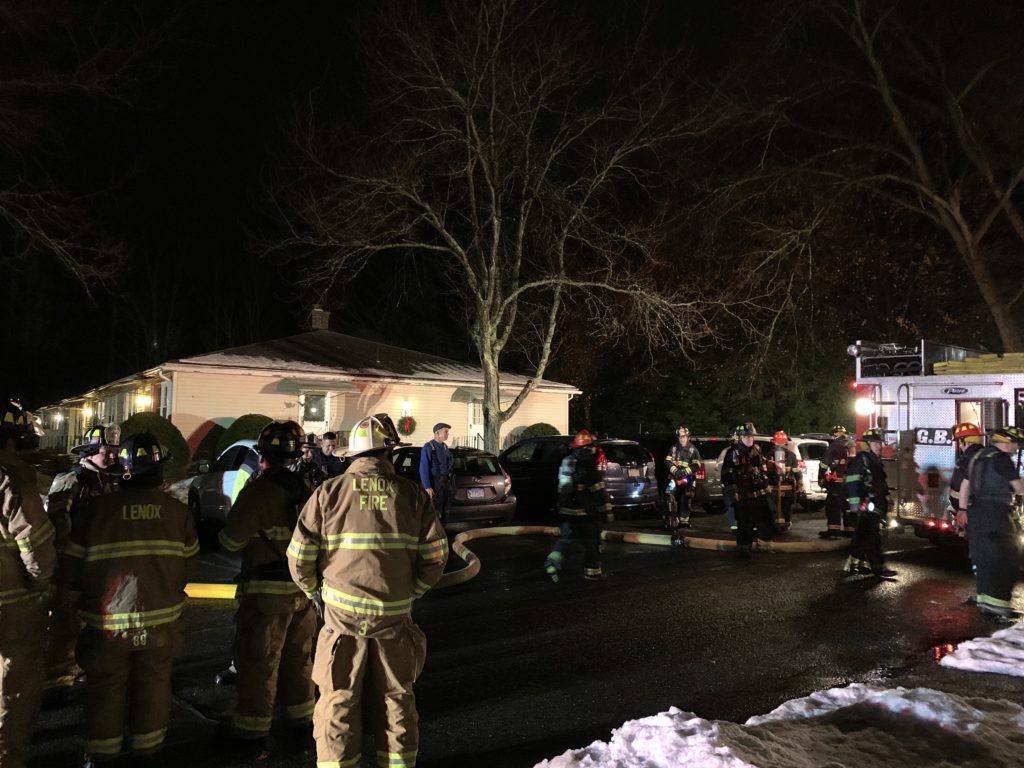 Terry Cowgill
Firefighters from the Lenox rapid intervention team assisted Great Barrington in fighting a fire Monday night at Beech Tree apartments that left one man dead and another person in critical condition.

Editor’s note: This story has been updated with additional information from the Berkshire District Attorney’s Office, including the names of the victims and the death of Ms. Romano. 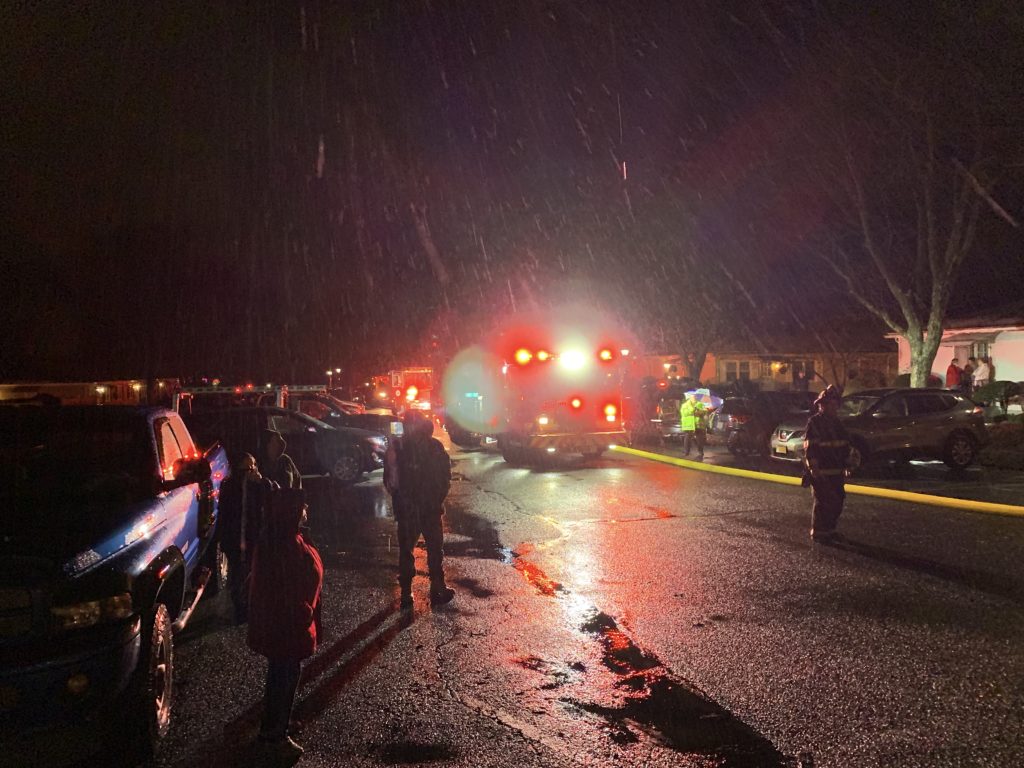 Firefighters and onlookers were pelted with rain at the scene of the fire Monday Night at the Beech Tree apartments on Silver Street in Great Barrington. Photo: Terry Cowgill

The Great Barrington Fire Department received a call at about 7:40 p.m. requesting response to a reported structure fire with possible entrapment at the complex located at 24 Silver St.

Responding firefighters were confronted with rain and fog but they found fire venting from Building E, an eight-unit structure in the northwest corner of the 66-unit, eight-building property, fire Chief Charles Burger said in a statement released early this morning.

Burger said a primary search was initiated and a “fire attack” began. Within minutes, two unresponsive occupants were located and pulled from Building E. Southern Berkshire Ambulance provided medical care and transported both patients to Fairview Hospital. Burger said “one patient succumbed to his injuries,” while the second remains in critical condition.

Burger did not identify either victim but the Berkshire District Attorney’s office subsequently identified the deceased as Michael Romano, 68, who was pronounced dead at the scene. After she was brought to Fairview Hospital, Susan Romano, 67, was transported to Albany Medical Center, where she was in critical condition. She later died on Tuesday evening, Dec. 11, the DA’s office in a statement on Wednesday.

The fire was quickly knocked down and contained to one unit. Utilities were shut off to Building E, forcing the occupants to seek alternative housing for the evening. Accommodations at local hotels were provided by Beech Tree Commons management. 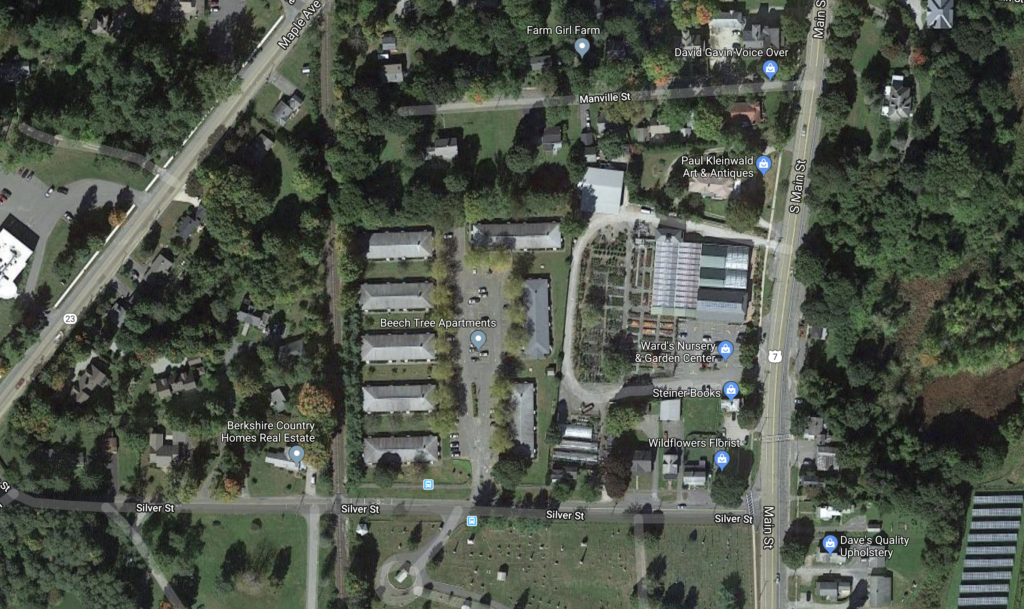 “The Great Barrington Fire Department would like to offer its heartfelt condolences to all those affected by this tragedy,” Burger said.

The origin and cause of the fire is under investigation by the state fire marshal’s office with assistance from the State Police Berkshire Crime Prevention and Control Unit and the Department of Fire Services. Burger said more information will be provided once their investigations conclude.