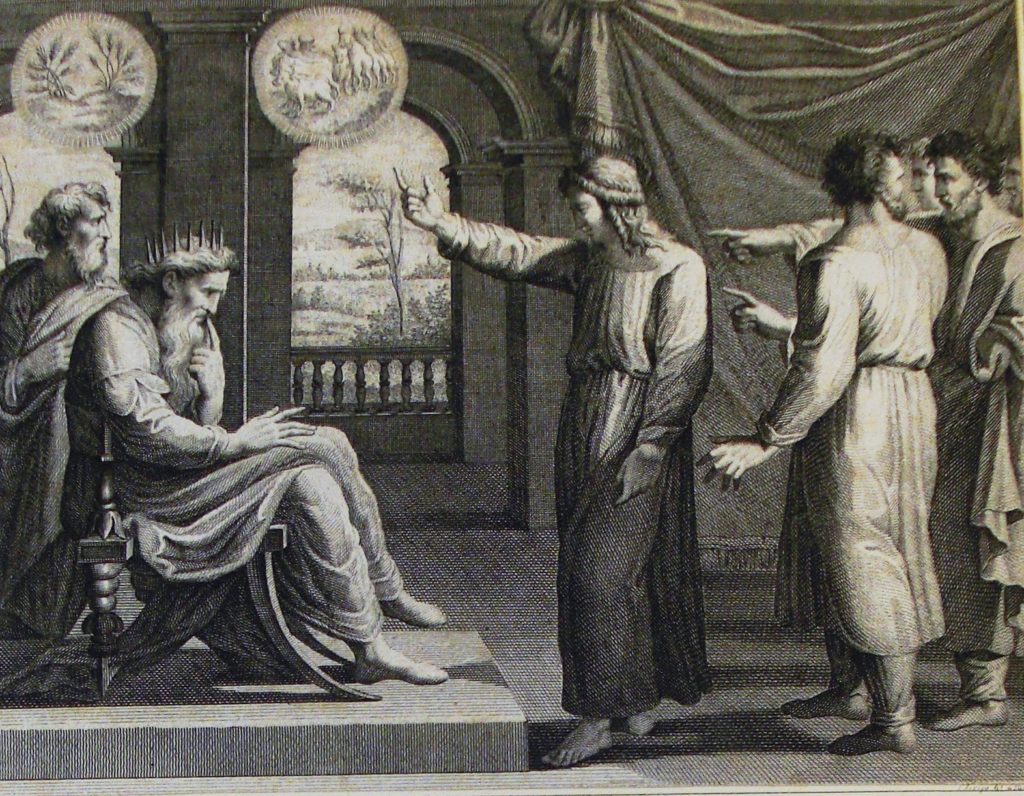 Stockbridge — Because dreams are the stuff of imaginative thinking during sleep, they are often experienced as unclear, ambiguous, and confusing. Spotty memory also contributes to the feeling that dreams are mysterious, hard to understand, difficult to grasp. They tell stories and describe adventures that beg for clarity through interpretation. From ancient times and in most all cultures, dream interpreters were called upon to look into dreams to discover their meaning.

Human brains and minds are made to try to bring clarity to unclarity, meaning to confusion, knowing to ignorance. We automatically try to connect the dots such that a group of unrelated stars are thought to look like a hunter, or the scales of justice, or a crab. Similarly, we look into the ambiguity of a dream to find meaningful and coherent patterns. Thus, the interpretation of dreams is probably as old as are dreams themselves.

However, it needs to be stated that dreams and their interpretation are not the same thing. Dreams are the expression of an entirely private and sleeping mind– sometimes incoherent, sometimes irrational, sometimes in shreds and fragments of images. Interpretations, on the other hand, are the more or less coherent ideas of the waking mind, often rational, often meaningful, often coherent. They can be thought of as the other, or the culture, or the society looking into the private musings of the sleeping mind in order to give coherent shape to the solitary sleeping dreaming mind. 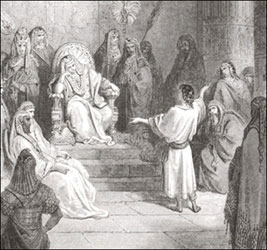 Joseph before the Pharaoh.

For example, Joseph in the Torah interpreted Pharaoh’s dream of seven lean cattle eating seven fat cattle, and in a second dream of seven lean ears of corn consuming seven fat ears of corn as having to do with plenty and famine in Egypt leading to the Pharaoh’s successful political-economic planning against famine. It is not impossible to follow a dream of lean cattle eating fat cattle to the idea of famine destroying plenty, but still the interpretation is not identical to the images and to the story of the dream by itself. Similarly it is not hard, for example, to follow an interpretation of mistrust of a therapist to a dream of mistrust of an authority sitting behind the dreamer. But the interpretation, again, is not the same as the dream. And the interpreter often projects his/her own interests into the dream.

In the early days of psychoanalysis, most all images in a dream were thought to have a sexual meaning. Nowadays, most all images in a dream are thought to have relationship meanings, particularly about the relationship between patient and therapist. We project into “innocent” dreams the ideas, theories, prejudices, preoccupations of the interpreter — sometimes relevant, sometimes entirely without validity.

Better to speculate that dreams may be complex, created from several directions, made of a large number of meanings brought together in a single image or story — as in a picture is worth a thousand words. In the Talmud, there is a story in the volume: Berakhot (Blessings) about a dreamer bringing his dream to the 24 interpreters around the gates of Jerusalem in the 2nd Century AD. Each interpreter provided a different interpretation, and according to the Talmud story — each was correct. We can understand this story if we consider that dreams were, in prescientific times, thought to be prophetic — i.e., they were thought to predict the future. And so, one interpretation could be that the dreamer’s daughter would become wealthy, another that she would marry well, another that she would have healthy children, etc. — each one potentially correct.

Like an optometrist’s complex system of lenses, we can look at every phenomenon through a different lens, perhaps even 24 lenses. We can look at historical events, or dreams, or personality, or love, or Trump, through a lens of economics, of genetics, of sexuality, of relationships, of the inevitability of death, of biology, of race, of weather, of religion, of gender, of historical era, etc. and we will see entirely different worlds. Thus, life as well as dreams can be seen in their enormous richness, variety and complexity. There is a lovely paper written about the 24 meanings of a dream of flying ranging from mania and pleasure seeking to inner ear disturbance. Simplification has its own value, but for me complexity is closer to the nature of things. And so, the 24 layers to all things have in them the beauty of a piece of truth.

— Emma Goldman
Read next: IN THE FIELD: American Woodcock