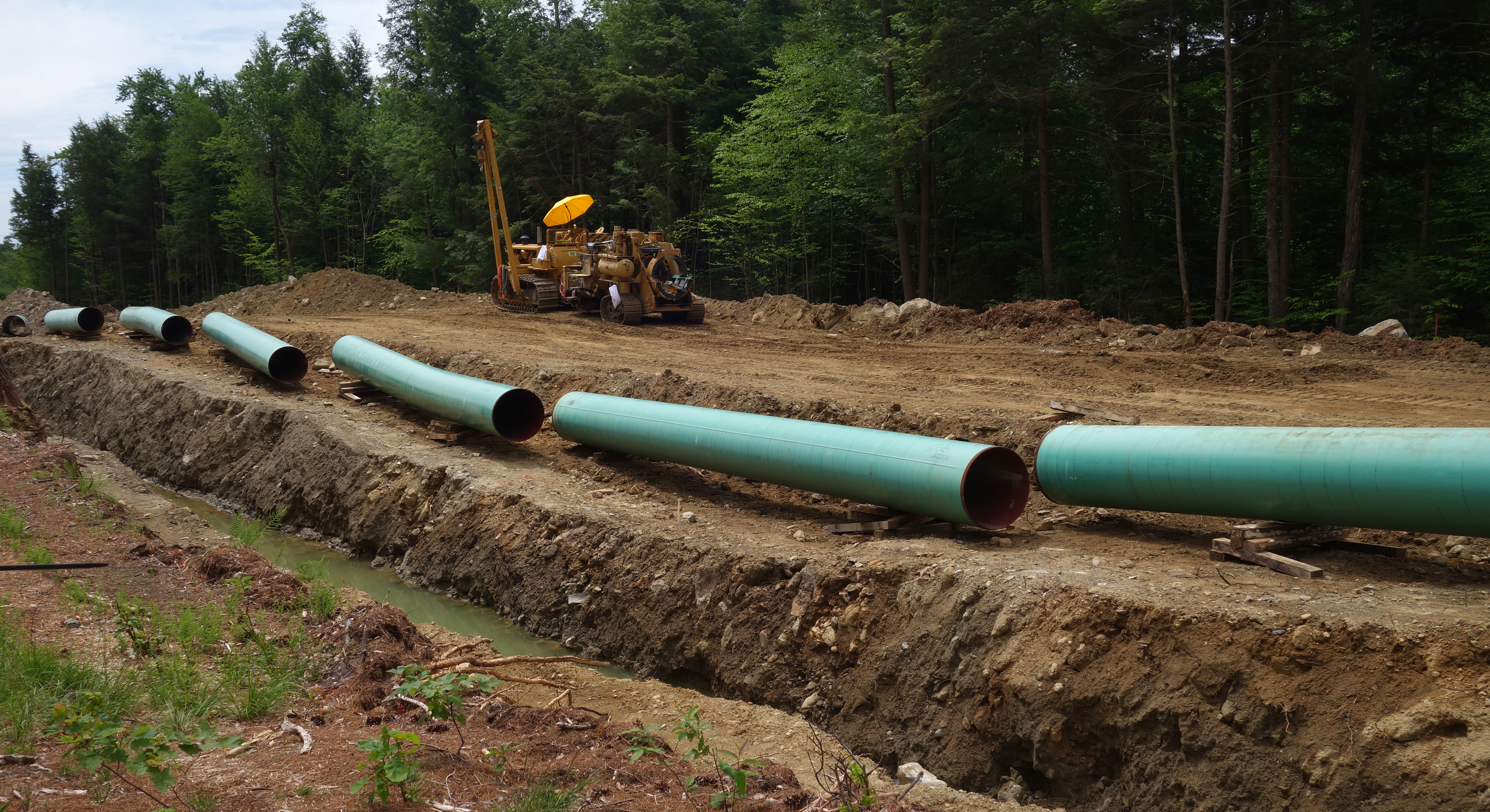 On May 23, Kinder Morgan subsidiary, Tennessee Natural Gas published on its web site a notice of an Open Season — a sign-up period for utilities to make commitments to pay for the transportation of a certain amount of gas on a pipeline for a fixed time period.

Open season commitments are confidential for now, but they may presage a new pipeline through Massachusetts.

In fact, Tennessee has already signed up a number of customers and is looking for more.

The notice says that Tennessee has executed binding agreements for a 20-year term with “multiple Foundation Shippers for a portion of the Firm Capacity.”

Now, Tennessee is looking for so-called Anchor Shippers to add to the ones it already has.

Kinder Morgan spokesman, Richard Wheatley, said, “We do these from time to time based on market conditions,” adding that the company was anticipating responses from gas utilities that supply gas for home heating. 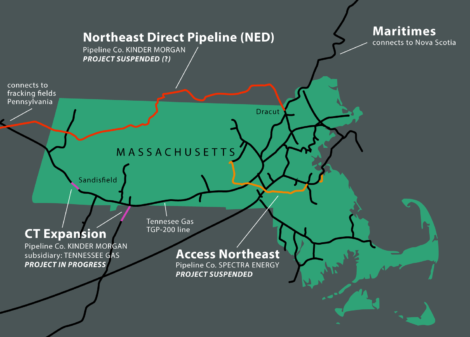 The notice specifies no particular route, only offering transportation of gas between Dracut, in northeastern Massachusetts, and delivery points in New England on the existing 200 line, which runs through New York and southern Massachusetts.

June 30 was the deadline for responding to the notice. The gas will be shipped beginning November 2018 if the project moves forward.

Perhaps explaining why gas companies referred a reporter to Kinder Morgan, a large part of the notice consists of a required confidentiality agreement for prospective customers. The agreement forbids them from disclosing anything – even the fact that the parties are discussing gas transportation.

The hazy nature of the notice coupled with the confidentiality agreement may evidence Kinder Morgan’s wish to delay, as long as possible, the public outcry that previously helped sink the NED project.

If the project involves interstate gas transportation (as opposed to intrastate), which seems likely, Tennessee will eventually need to file publically with the Federal Energy Regulatory Commission (FERC), and meet all of FERC’s requirements.

Although NED ultimately failed to attract a sufficient customer base to survive, several gas companies signed on to the pipeline early, claiming that it would relieve the bottlenecked smaller pipelines that served their customers.

Berkshire Gas, for example, had planned to use the NED pipeline capacity to lift the moratorium it had imposed in 2014 and 2015 on all new and expanding gas hookups in Deerfield, Montague, Whatley, Greenfield, Amherst, Hadley Hatfield and Sunderland.

Business groups and restaurants have complained forcefully for several years about the severe economic injury to their towns caused by the moratorium. 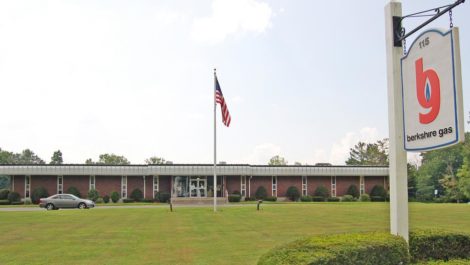 Berkshire had touted the NED pipeline as the only way to solve its supply problems. Berkshire’s parent company, UIL Holdings – now owned by Avangrid – had acquired a 2 ½ percent interest in the NED project, investing $80 million.

In fall of 2015, the Massachusetts Department of Public Utilities approved contracts with Berkshire Gas as well as Columbia and National Grid, allowing the three companies to ship a combined .3 billion cubic feet per day on the NED.

Berkshire had to find another way to end the ban on gas hookups.

Responding to increasing pressure to lift the moratorium in the gas-frozen towns, the company proposed two alternatives to the NED:

Either a new liquefied natural gas storage facility to be located in Franklin County, or an expansion of its existing distribution main from Greenfield to the Tennessee Gas Pipeline interconnection in Southwick.

Similarly, as reported by MassLive in April, Columbia Gas had been negotiating an agreement with Holyoke Gas & Electric that would set up a separate supply line for Holyoke, thus freeing up the gas transport line to Northampton and Easthampton and ending a ban in those cities on new gas hookups.

Spokespeople for both Berkshire Gas and Columbia Gas now assert that plans to lift their moratoriums are not related to Kinder Morgan’s Open Season negotiations.

Chris Farrell of Berkshire Gas said, “You can’t conflate the Open Season and the other plans.”

Sheila Doiron of Columbia Gas explained. “The moratorium and the Open Season don’t have anything to do with each other. The Open Season is an opportunity for us to express interest and our Gas Supply people are working with Kinder Morgan on that.”

“It’s part of the solutioning to the long-term issue of adequate gas transport, but we’re working separately on a short-term solution to lifting the moratorium.”

Underscoring the confidentiality surrounding the Open Season notice, she said, “they’re proprietary negotiations so I can only say that yes, the proposal will help, and we’re talking to them.”

These recent statements appear to be at odds with statements made at a hearing last August by Berkshire Gas President, Karen Zink, who said, in effect, that it would have wasted customers’ money for the company to have explored costly short-term gas supply alternatives while NED was alive.

Will these new rumblings of a pipeline once again cause these gas companies to again put all their eggs in the pipeline basket, ignoring more modest alternatives that could lift the moratoria?

For that matter, what exactly does Kinder Morgan have in mind? The Open Season notification raises many unanswered questions, but Berkshire County and its neighbor counties will be on high alert for the answers.