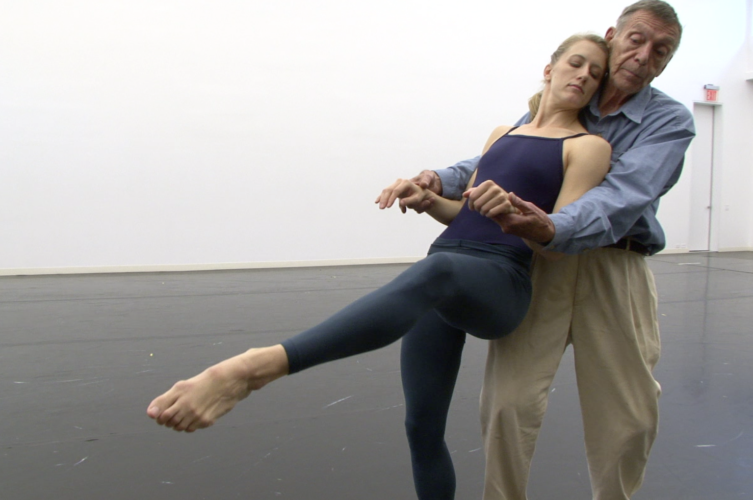 Great Barrington — Here in the Shire, April showers bring not just May flowers but an active cultural season that kicks off this weekend with the 9th annual Berkshire International Film Festival.

In less than a decade, BIFF has become a force of nature in this community and the film industry at large. On all levels, locally to globally, actors to filmmakers, movie buffs to professionals, people want to be a part of it.

Not just a pretty place to visit at the most perfect time of year, the Berkshires are a cultural mecca and BIFF is an irreplaceable addition to the wealth of artistic treasures of this region.

The wonder woman behind it all, founder/director Kelley Vickery explained the inspiration that has guided her the past 10 years: “I wanted to celebrate film the way that music, dance, theater are celebrated each year. I wanted to be in the arts since that is my background and one of the reasons I love the Berkshires,” she told me.

And, she needed to create a job that could accommodate being a full-time mom of tbree young kids under 10, but still combine her passion and skills. So she built a team of believers and in 2006, BIFF was born.

This year, the event takes place May 28-June 1 at the Triplex & Mahaiwe Theaters in Great Barrington and in Pittsfield at the Beacon Cinema with 75 films from 18 countries including narrative features, shorts, kids/family, Jury Prizes, French Retrospective, and 29 documentaries, the strongest category and the best that are out there today.

Kelley notes: “We look for films and stories that are relevant and that we believe would be interesting to our community and we try to give our audience a diverse selection to choose from.”

She praises the backbone of BIFF: Lauren Ferin, Carolyn Lancaster, the advisers, board and international programmer Lillian Lennox, for the highest level of programming in the field.

“All festivals have their own style, color and flavor. Ours is smart, thoughtful and connected — when I say connected I mean open to world thoughts and ideas,” says founding board member and veteran casting director Elissa Myers. She and business partner Paul Fouquet discovered actors Mahira Kakkar and Andrew Pastides for “Hank and Asha,” this year’s much anticipated romance narrative feature.

“I believe that if a film comes from a sense of truth, then it is a worthwhile film,” Myers insists. “The truth is in the script. It is also in the actors’ work and the director’s ability to help them arrive at that truth. As a casting director this is what I look for every day. It is my pleasure! It is my passion!”

She says the film is “funny, provocative, touching. To find actors who are willing to use themselves and their own experiences is not so easy. To be that vulnerable. We show many kinds of films, sometimes using stars, sometimes not. That is part of the discovery. The audience in the Berkshires is an intelligent group of people. They earn that kind of real respect. We look for articulate stories that make you think and feel and are portrayed from the heart truthfully and will resonate with our specific community.”

And in regards to the documentary she continues: “It often has a short lifespan even though the time and work put in are enormous. Kelley and those of us who choose the docs feel they each have something to say. These films ask our audience to be engaged in what is happening in our world and inspire dialogue. It’s about artistry and humanity. Head and heart. It should take your breath away.”

It’s this kind of sensation that draws filmmakers from all over the planet and from our own backyard to meet, greet and celebrate their work. There are movies on music, dance, art, love, sex, politics, gender, food, government, race relations, war, peace, international affairs, religion, children, poverty, blue jeans, baseball, and dogs. The backdrop of the Berkshires and the festival films make for a perfect match.

Kate Geis, director/producer of “Paul Taylor/Creative Domain,” says her dream came true making and recording the most extensive documentation of one of the world’s greatest artists. Her film is screening on the stage of the Mahaiwe Theatre where the dance that is the focus of the film had its premiere a few years ago.

Geis says it’s rare for the audiences who got to see that performance to be able now to see a film that explores its creation. And rarer still, because Taylor is known for his privacy and refusal to be in front of the camera.

“He is more comfortable with observing people as inspiration for his choreography than being the one observed so he gave us a gift allowing us to document his process,” comments Geis who resides in Northampton and is excited to be in attendance with two former Taylor dancers from our area for the Q&A onstage after the film’s Massachusetts premiere.

And to keep it local, the musical score for the film was composed outdoors in a meadow in Lenox at the home of composer Peter Elyakim Taussig.

Just down the road in Lenox, award-winning filmmaker Jennifer Grausman spent summers at Belvoir Terrace and has family in Lenox as well. She’s back in town for her second appearance at the festival, this time as director and producer with Sam Cullman, producer and director, and co-director Mark Becker, with her latest film, “Art and Craft.”

She was inspired to make “Art and Craft” after reading a New York Times story about Mark Landis, she explained: “Landis is the unusual art forger who gave away his fakes instead of selling them. I couldn’t stop thinking about it: What kind of art forger donates his work to museums instead of selling it. The story particularly resonated with me since I grew up in the art world — my uncle is a sculptor and my aunt owned a gallery — and I worked as a fundraiser for The Museum of Modern Art before I began making films.

“When I last attended BIFF in 2009 with  ‘Pressure Cooker,’ a documentary I directed with Mark Becker, it was at the end of its festival run and we only had a small distributor handling the theatrical release, so winning the audience award was a huge help. And it brought the film to the attention of the Triplex where it played again later in the summer,” Grausman said. “I’m looking forward to being back in the Berkshires and the welcoming and warm atmosphere that Kelley, Lauren and Carolyn create for filmmakers and audience alike.”

Similarly, for Director Beth Harrington, “Coming back to the Berkshires will be more like a homecoming!”

Her current film “The Winding Stream,” a documentary about the American roots music dynasty created by the Carters and the Cashes, is making its Northeast premiere at BIFF. It was inspired by her last film, “Welcome to the Club: The Women of Rockabilly,” where the artists she met on that project led her to make this story.

Harrington was born in Massachusetts and spent a great deal of time in the western hills, particularly in Alford where, she says, “It was the scene of many memorable days spent with a group of longstanding friends whom I treasure.”

She now lives farther west in a different time zone and adds: “I’m looking forward to seeing how an East Coast audience reacts to my somewhat Southern film. I love doing Q&A sessions and I’m curious about the feedback!”

Harrington has been working on documentaries for 35 years and still reports: “I love this work because I get to enter into worlds I might never get to enter otherwise.”

“Why the Berkshires for a film festival?” I ask.

“Why not?” replies Elissa Myers, oh so quickly. “I live here.”

The only problem is figuring out how to be in two or three theaters at once, or how to fit in that hike up Monument Mountain in between showings.