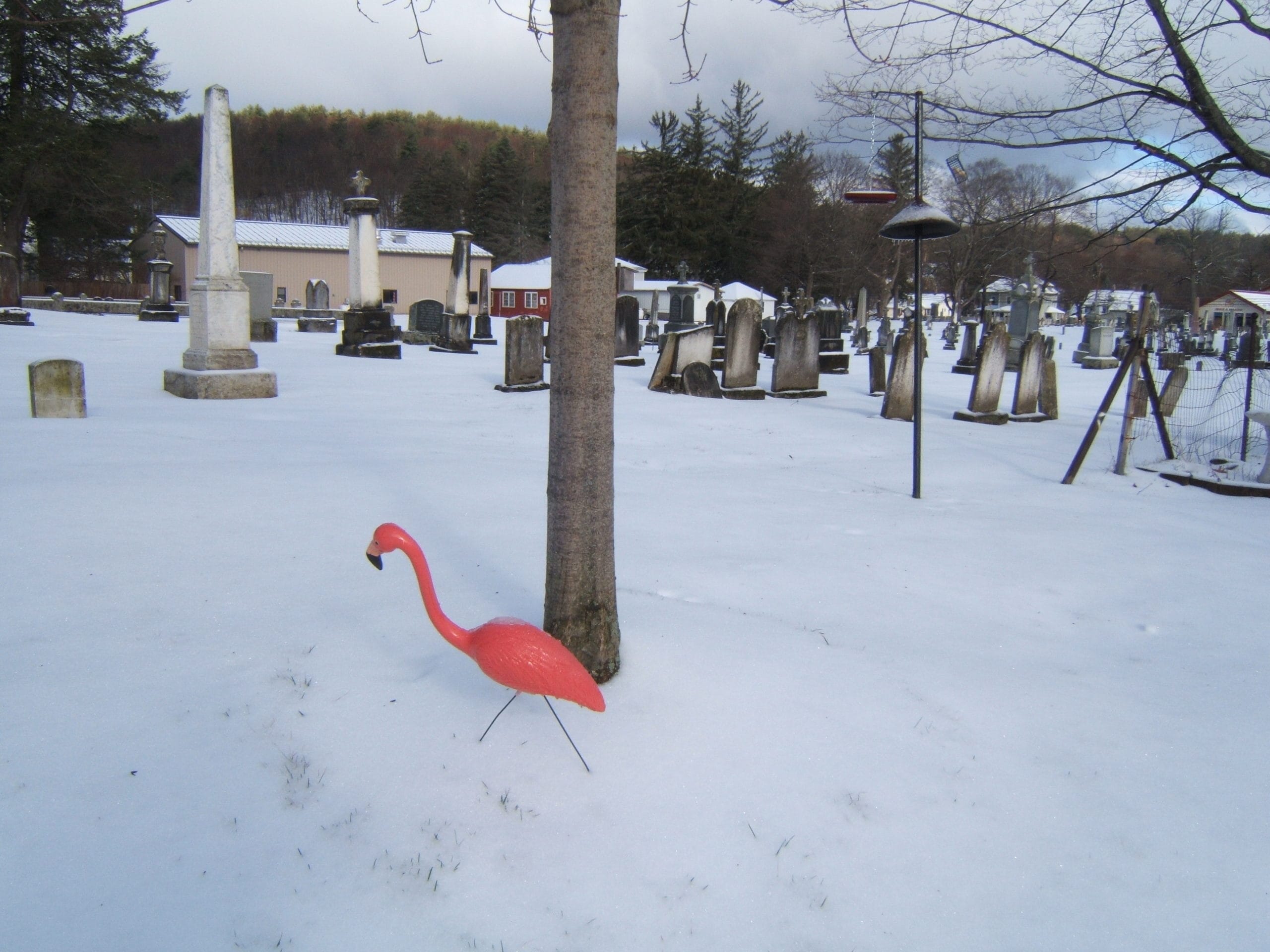 Great Barrington — It was an amazing winter, unusual some say. Two snowstorms, one at the beginning of December and the other toward the end of March. In between mostly rain. I was so confident, there would be no more winter that I brought out my pink flamingo for the warmer season. But Old Man Winter said not yet.

The winter of 2019-20 featured so many more dates above average than below. The March average was 6 degrees above the norm. Thanks to minimum temperatures that were 10 degrees higher, which made this March the 6th warmest since weather keeping began in 1965.

For the second time this young century there was no reading at or below zero. The winter of 2001-02 was the first.

The warm temps and the storm track prevented large snowstorms, just mostly rain. But only 2.23 inches.  The snow total for the month was 3.7 inches which is way below average and probably will prevent this winter from making 50, 5 inches less than last winter. Past winters have averaged 6. 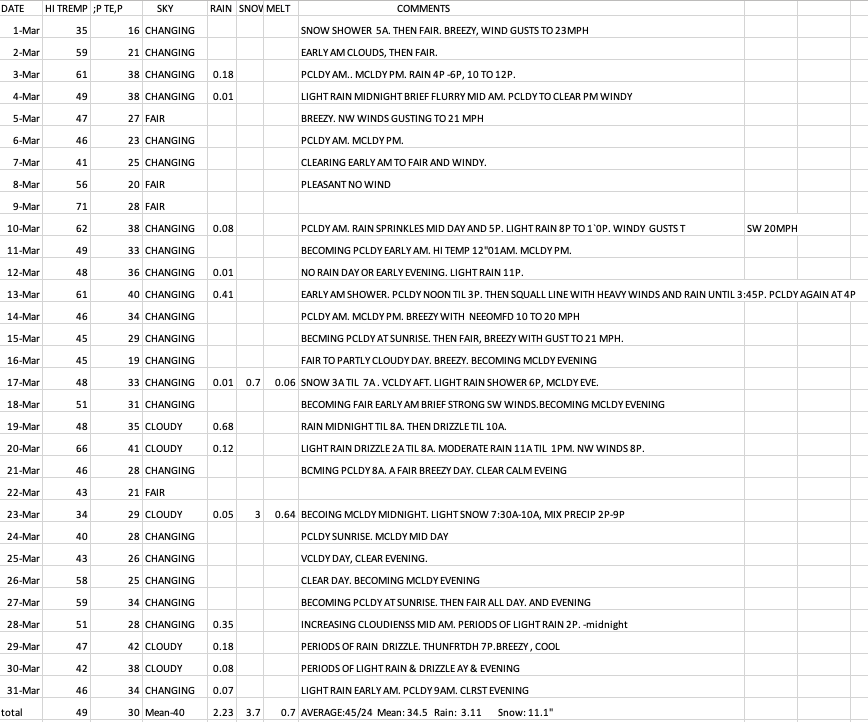