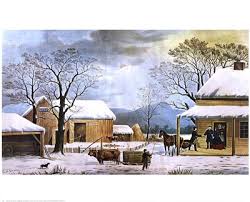 Snowy, wet and cold! That’s what November 2018 turned out to be. The 12 and a half inches of snow was the third snowiest this century and 4th since 1965, my first year of record keeping. The 6.72″ of rain was the second highest rainfall total.  Add to that the nearly one inch of melted snow and that brings our yearly total to 59.41, the most by far since I began including melted precipitation 5 years ago.

November temperatures were the second coldest this century. A mean temperature of 36 was just behind 2002 and sixth over-all since 1965. The high reading of 43 was the second lowest high average, thanks in part to the very cold Thanksgiving Day, and average low was the fifth lowest, again thanks to the very cold Thanksgiving Day which turned out to be the coldest November 22nd.

So, will December continue the cold trend?  The ski areas certainly hope so.