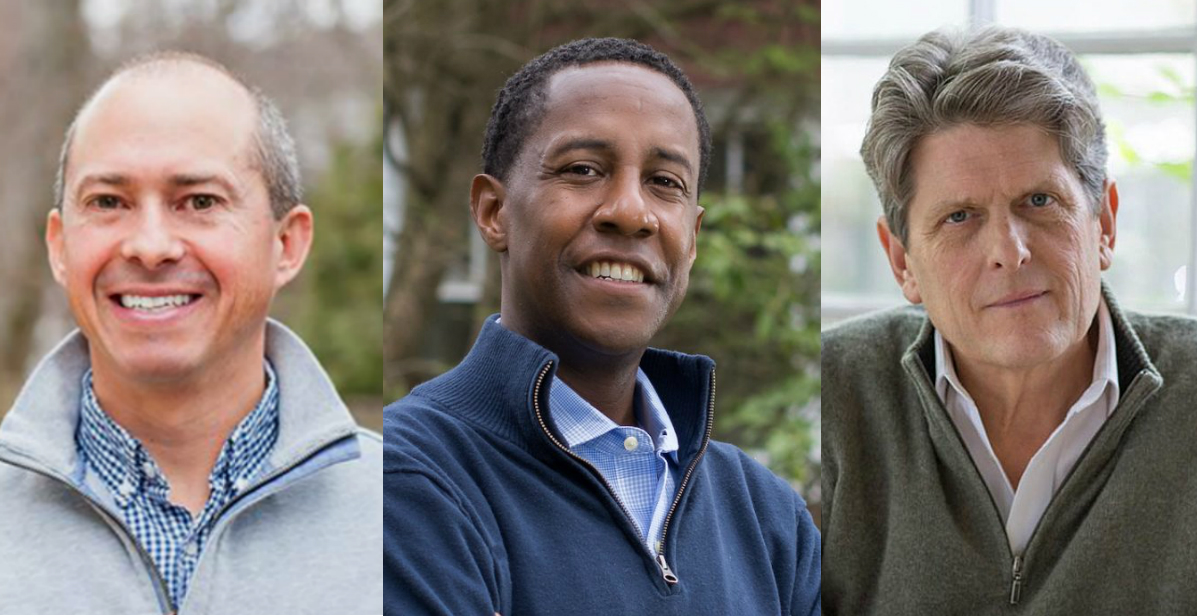 Pittsfield — For the first time this election season, the three Democratic candidates for governor of Massachusetts will share the stage in Berkshire County for a forum on the future of the region and Massachusetts, moderated by Sen. Adam Hinds, D-Pittsfield. Candidates Setti Warren, Jay Gonzalez and Bob Massie will be on hand Sunday, March 25, at 4 p.m. at the American Legion hall, 41 Wendell Ave.

Warren served two terms as mayor of Newton, where he was the first popularly elected African-American mayor in Massachusetts. He graduated from Boston College, where he was elected student body president, with a degree in history, and also earned a law degree from Suffolk University Law School. An Iraq war veteran, he also worked in the Clinton White House and on John Kerry’s presidential campaign.

Gonzalez is the former Massachusetts secretary of administration and finance under former Gov. Deval Patrick. A graduate of Dartmouth College and Georgetown Law School, he most recently served as president and CEO of CeltiCare Health and New Hampshire Healthy Families. He also served as chairman of the board of the Massachusetts Health Connector, where he oversaw implementation of Massachusetts’ health care reform.

Massie has created or led several organizations including Ceres, the Global Reporting Initiative, the Investor Network on Climate Risk and the New Economy Coalition. He holds an undergraduate degree in history from Princeton University, a Master of Divinity from Yale University and a business doctorate from Harvard University. An ordained Episcopal priest, Massie was named one of the 100 most influential people in the field of finance in 2002 by CFO magazine.

Stockbridge — The Rural Health Network invites all residents to participate in a community conversation about health in south Berkshire County Friday, March 23, from 1 to 3:30 p.m. in the community room of the Stockbridge Town Offices, 50 Main St.

The Rural Health Network is a collaboration among health care providers Fairview Hospital, Community Health Programs and East Mountain Medical Associates and social service organizations in south Berkshire County. Participants in the meeting will form large and small groups for discussion and their input will inform a strategic plan and activities to improve health and access to appropriate health care in south Berkshire County.

In the spring of 2017, Fairview Hospital applied for funding to create a network dedicated to understanding and improving health in south Berkshire County. The core network members of CHP, East Mountain Medical and Fairview represent all the primary care providers in south Berkshire County. The larger network includes 10 other organizations for the planning phase. The structure and membership of the network will change over the next six months as the network defines how it will move forward.

Participants are invited to arrive at 12:30 p.m. for pizza and salad before the meeting. For more information, contact Fairview Hospital at (413) 528-0790. 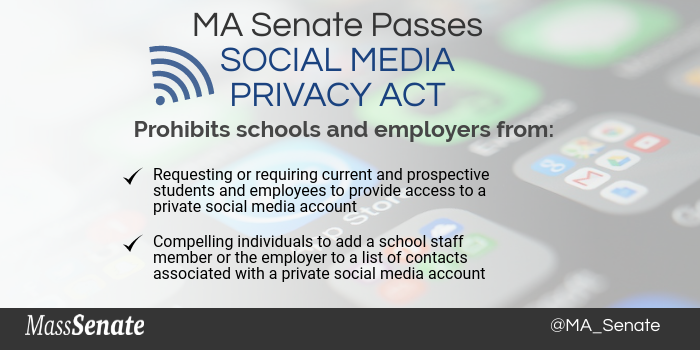 Sponsored by Majority Leader Cynthia Stone Creem, D-Newton, the bill aims to protect the personal social media accounts of students and employees across the Commonwealth. Specifically, the legislation prevents employers and schools from requesting and requiring access to the personal social media accounts of applicants, employees and students as a condition of acceptance, employment or participation in school activities.

More than 25 states have already enacted legislation addressing the issue, and bills on the topic are pending in many other jurisdictions. This is the third session in which the Senate has voted favorably on the bill.

The legislation will now go to the House of Representatives for consideration. 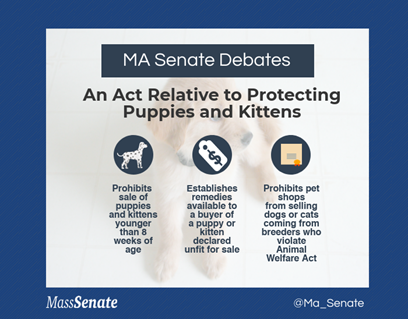 Boston — Sen. Adam G. Hinds, D-Pittsfield, has announced that two measures to enhance animal welfare and protect puppies, kittens and the families who love them have been endorsed by the Massachusetts Senate.

Both S.2331, An Act relative to protecting puppies and kittens and S.2332, An Act to protect animal welfare and safety in cities and towns (also referred to as PAWS II), were engrossed by the Senate Thursday and will now go to the House of Representatives for review and consideration.

S.2331, filed by Sen. Karen Spilka, D-Ashland, ensures that puppies and kittens are bred and sold in safe and healthy environments and strengthens the Massachusetts “Puppy Lemon Law” to give pet owners more options if they unknowingly purchase a sick pet. The bill applies safety and breeding standards to protect pets and pet owners. It prohibits the sale of puppies and kittens younger than eight weeks old, increasing the likelihood that they will grow to be healthy dogs and cats, and outlines a process for a veterinarian to declare an animal suffering from a significant adverse health condition “unfit for sale.” To protect pet owners who unknowingly purchase a sick pet, the bill outlines remedies available to buyers of animals declared unfit for sale including exchange of the animal, or a refund and reimbursement for reasonable veterinary fees. The legislation also sets forth a procedure for a seller to contest these demands.

S.2331 also regulates commercial breeders and pet shops to further protect the health and safety of animals. It prohibits pet shops from selling dogs or cats originating at or purchased from breeders that are not properly licensed or have committed certain violations of the Animal Welfare Act. Pet shops would be required to maintain certain compliance records and conspicuously post identifying information for animals and breeders. The bill empowers the Massachusetts Department of Agricultural Resources to create rules and regulations to ensure commercial breeders maintain humane conditions.

S.2332 is designed to protect the health, safety and well-being of animals, and expands on gains first secured in the original PAWS law which was filed in response to the Puppy Doe animal abuse case of 2014, now the subject of a trial in Dedham District Court.

The sponsors of PAWS II–Senate Minority Leader Bruce Tarr, R-Gloucester, and Sen. Mark C. Montigny, D-New Bedford–heralded the bill’s provisions, which will enhance humane treatment of animals, expand the role of mandated reporters and punish those who engage in animal cruelty.

Property owners and landlords must check property for abandoned animals within three days following a foreclosure or termination of tenancy.