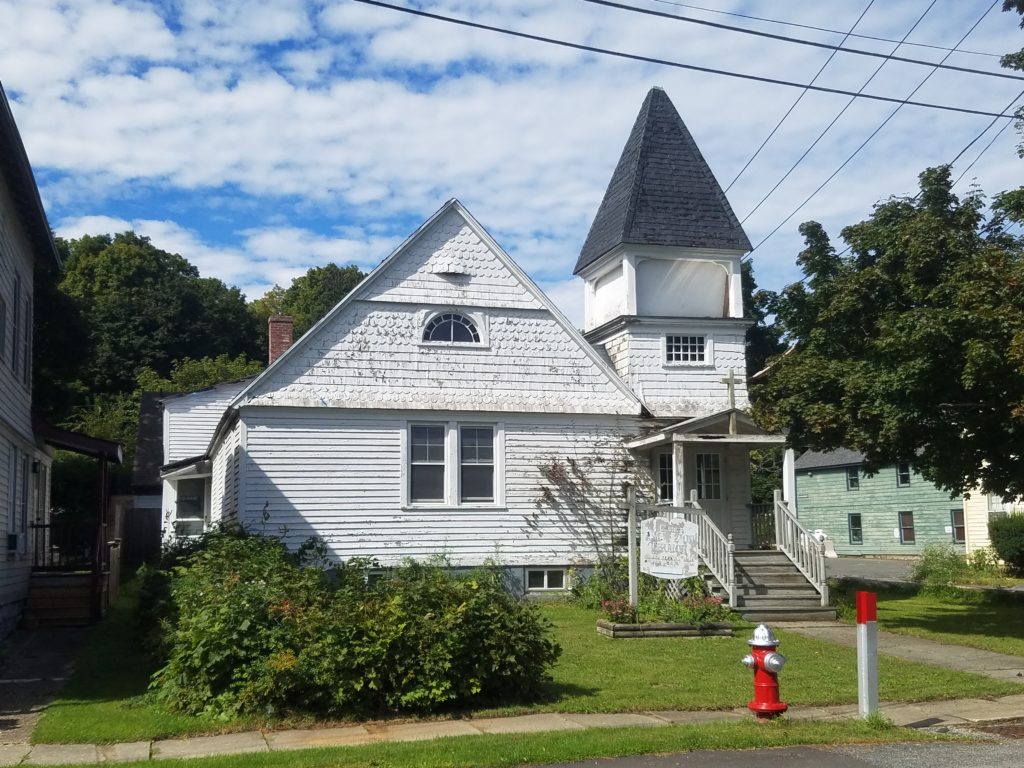 Great Barrington — Clinton Church Restoration Inc. is one of 22 sites and organizations dedicated to preserving African-American history that has received grant support from National Trust for Historic Preservation’s African American Cultural Heritage Action Fund. As part of the second class of Action Fund grantees, Clinton Church Restoration was awarded $75,000 to continue its efforts to restore and repurpose the historic Clinton A.M.E. Zion Church as an African-American heritage site and cultural center.

Clinton Church Restoration was chosen from a pool of over 462 applications totaling over $40 million in requests for support. The community-based nonprofit was formed in 2016 to save the vacant National Register of Historic Places property after it was deconsecrated and put on the market. The group subsequently purchased the historic church, developed its vision for a heritage site and cultural center, and commissioned a historic structure report. In January, the award-winning African-American firm Huff + Gooden Architects was hired to restore and repurpose the church, which will include a performance space, fellowship hall and visitor center offering interpretive exhibits, tours and programming focused on African-American history and the life and legacy of W.E.B. Du Bois. An initial phase of stabilization work is underway with funding from the National Park Service, the Massachusetts Historical Commission and a Great Barrington Community Preservation Act grant.

Great Barrington — After a $2.1 million state investment and four months of steady construction, the town’s downtown reconstruction project is now “substantially complete,” according to town planner Chris Rembold. The infrastructure project dovetailed with substantial private development investment in the downtown area, especially in the Bridge Street area, which is also nearing completion.

“Some of these streets and sidewalks had not been improved in over 40 years,” town manager Mark Pruhenski said. “There are still a few small items on the punch list, but we’re happy we could finish in time for the busy summer season. Local merchants, residents and property owners have been patient and cooperative.”

The work on Railroad, Elm, Bridge, Church, and School streets was funded by a combination of state funding from MassWorks, Housing Choice and Smart Growth grants. Rembold and Great Barrington Department of Public Works Superintendent Sean Van Deusen and Rembold oversaw the project.

Crews replaced and widened 800 feet of sidewalk on the busy pedestrian area of Railroad Street, and 170 feet of new sidewalk was installed on Church Street near Iredale Mineral Cosmetics headquarters and around the corner to the planned new hotel site on Bridge Street at the former Searles Middle School.

The town project supports at least $110 million in recent and planned investment in downtown mixed-use developments, including more than over 100 housing units and 160,000 square feet of commercial space.

The project was coordinated with the $15 million Powerhouse Square project on Bridge Street, where the Berkshire Food Co-Op relocated in June with its new 14,000-square-foot store. Powerhouse Square will add retail stores and more than 20 apartments on the upper floors and, as part of its permit, Powerhouse developer Benchmark Development installed the public sidewalk along its portion of Bridge Street. Benchmark will also improve the baseball field at Memorial Field.

The town’s road construction was also coordinated with Fiber Connect of the Berkshires‘ installation of high-speed broadband internet in the downtown area.

Upcoming work includes repaving of the Triplex Cinema parking lot. Next year the town will improve roads and sidewalks on Bridge Street and Bentley Avenue to support the housing development at 100 Bridge St.

North Adams — A North Adams man arrested Thursday morning by city police officers was charged with assault with intent to murder his wife and other violent crimes.

Michael A. Cook Sr., 42, of Chase Avenue was arraigned Thursday afternoon in Northern Berkshire District Court and charged with three felonies: assault to murder; assault and battery with a dangerous weapon causing serious bodily injury; and assault and battery on a family or household member.

Cook’s wife was being treated for life-threatening injuries at Baystate Medical Center in Springfield.