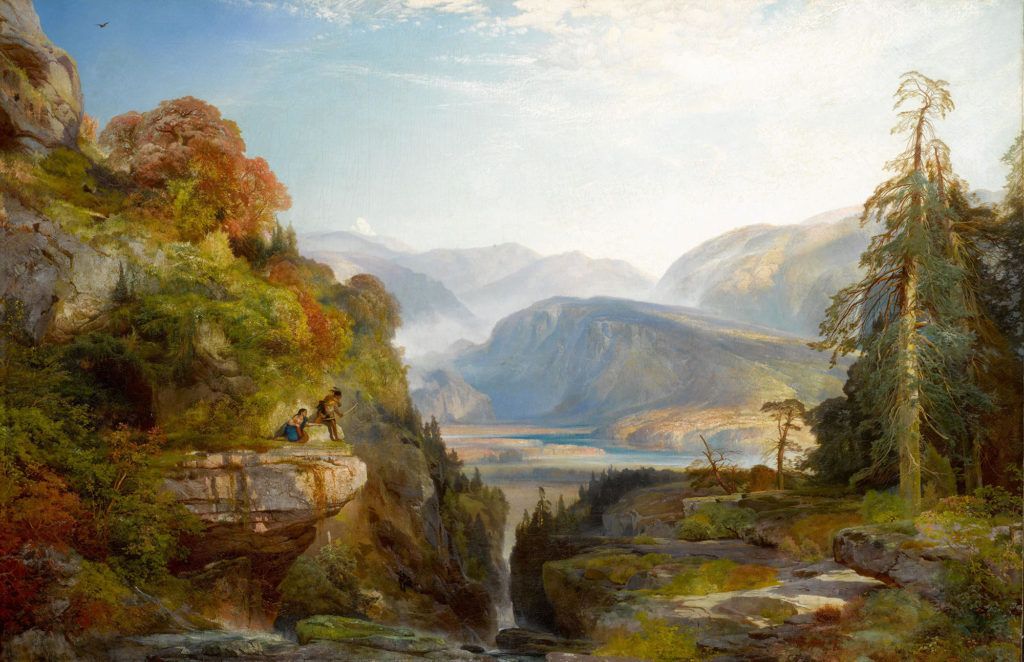 'The Last Arrow' by Thomas Moran will be sold at auction at Sotheby's by the Berkshire Museum in November. Image courtesy Sotheby's

Pittsfield — The board of trustees of the Berkshire Museum will work with the executive search firm Brent D. Glass LLC, to identify candidates for executive director of the museum.

The firm provides management consulting, working with more than 60 cultural, historical, and educational organizations around the world. Glass is director emeritus of the Smithsonian Institution’s National Museum of American History, which he led for nearly a decade, as well as an author, television presence, and international speaker on cultural diplomacy and museum management. The search to replace retired executive director Van Shields is expected to take six to nine months. David Ellis is serving as interim executive director.

The board has also decided that two works will be auctioned by Sotheby’s at the firm’s American art auction Friday, Nov. 16. The works are “Hunter in the Winter Wood” by George Henry Durrie and “The Last Arrow” by Thomas Moran. The works are part of a second group of works offered for sale under the April 5, 2018, Massachusetts Supreme Judicial Court’s approval of the joint proposal of the museum and the attorney general’s office, which authorized the sale of works to generate $55 million for the museum to create a sustainable endowment and renovations and repairs to its more-than-100-years-old building.

The full-scale exercise, which focused on tracking patient movement through a federal online application, was coordinated locally by the VA office in Leeds with assistance from the Springfield Metropolitan Medical Response System. The exercise simulated a large number of patients being evacuated from hospitals impacted by flooding in the Delmarva Peninsula. As part of the exercise, the patients (mannequins) were transported by C-130 airplane to Westover Air Force Base, where they were triaged before being sent by ambulance or Black Hawk helicopter to accepting hospitals across the region.

“The drill went very well, “ said Heather Barbieri, Fairview’s director of emergency management. “This exercise was a valuable opportunity for us to train with our regional, state and federal partners. Building relationships and testing capabilities with response partners are important elements of being prepared to respond and support emergencies happening in our community and in our nation.”

S.2265, “An Act relative to the Lafayette Trail,” was filed in December 2017 after Hinds met with Consul General Valéry Freland of the Consulate General of France. As chairman of the Joint Committee on Tourism, Arts and Cultural Development, Hinds was briefed by Freland on the cultural significance of the Lafayette Trail, which tracks the route of French Gen. Marquis de Lafayette as he traveled across all 24 of the United States during the American Revolution.

Lafayette’s tour of the nation, done at the invitation of President James Monroe, took place between July 1824 and August 1825. The president envisioned the tour as a kick-off of the festivities for America’s upcoming 50th anniversary. The bicentennial anniversary of Lafayette’s farewell tour will be celebrated in 2024.

A portion of the Lafayette Trail already exists in state law (Chapter 29 of the Acts of 1997), outlining the general’s travels along Route 143 in Williamsburg through Chesterfield, Worthington, Peru and Hinsdale. S. 2265 builds upon the existing recognized trail by continuing the designation from Route 143 in Hinsdale to Route 8 in Hinsdale, Dalton and Pittsfield; Route 9 in Pittsfield; and along Route 20 in Pittsfield and Hancock to the New York State border. Further, it directs the highway division of the Massachusetts Department of Transportation to erect and maintain suitable signage to denote the route.

Historians note that while Lafayette made his historic journey, he was a celebrated visitor in all 24 states, greeted at each location by huge crowds, treated to celebratory dinners and cited in local newspapers. Today, historic markers inform the public of locations across the region where the general visited, ate or slept during his tour nearly 200 years ago.