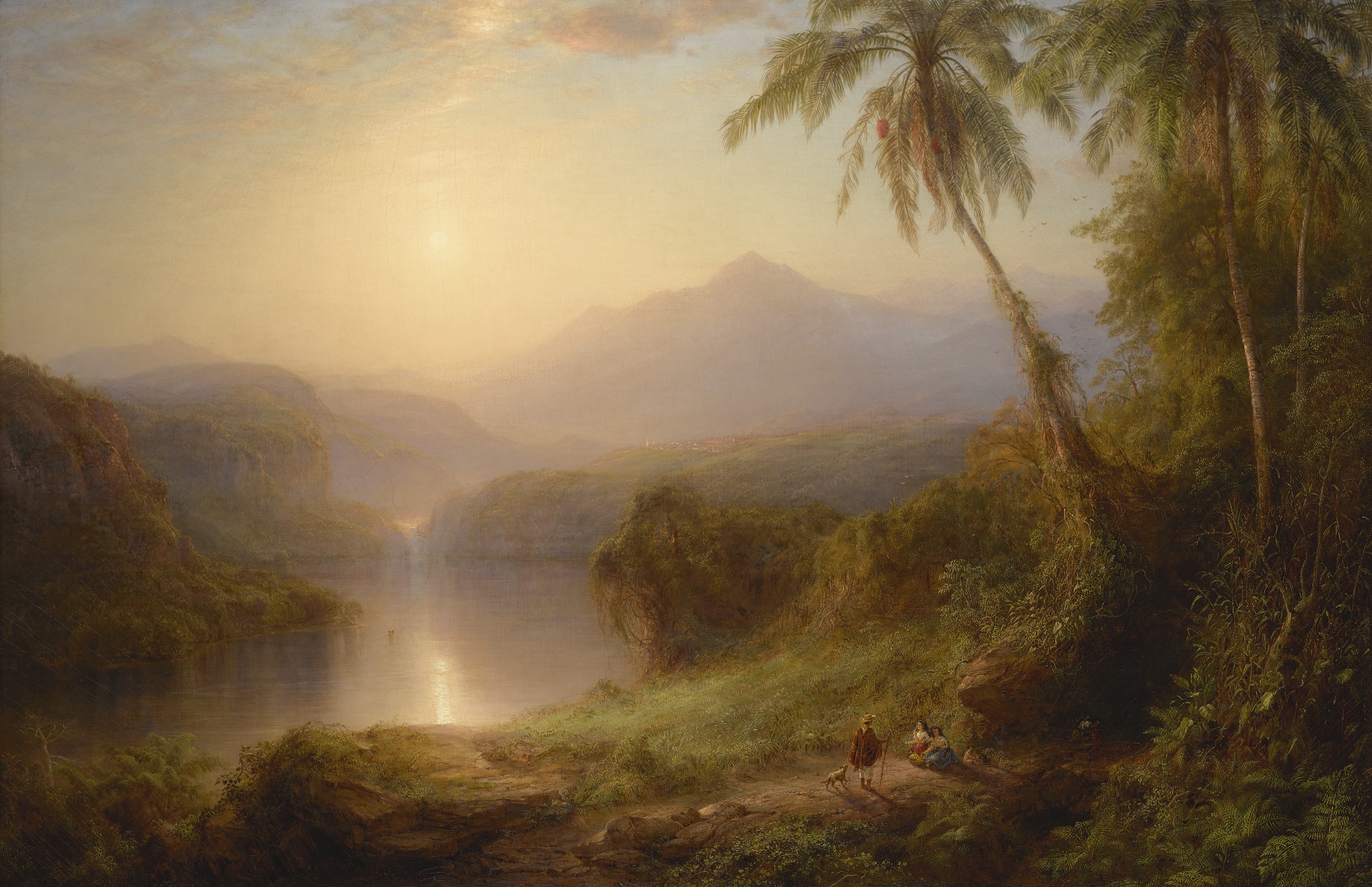 ‘Valley of Santa Isabel, New Granada’ by Frederic Church, formerly part of the collection of the Berkshire Museum, was acquired by the Pennsylvania Academy of the Fine Arts after it failed to sell at a Sotheby's auction earlier this week. Photo courtesy Sotheby's

Philadelphia — The Pennsylvania Academy of the Fine Arts has acquired “Valley of Santa Isabel New Granada” by Frederic Edwin Church, formerly a part of the collection of the Berkshire Museum in Pittsfield, Massachusetts. The painting, which was valued at between $5 million and $7 million, failed to sell in a May 23 auction at Sotheby’s in New York City and was acquired by PAFA via a private sale arranged by Sotheby’s.

Church was an American landscape painter born in Hartford, Connecticut. He was a central figure in the Hudson River School of American landscape painters, perhaps best known for painting large, panoramic landscapes often depicting mountains, waterfalls and sunsets as well as dramatic natural phenomena that he saw during his travels to the Arctic and Central and South America. PAFA has been working for several years to grow its collection of works by Hudson River School artists.

Said Brooke Davis Anderson, PAFA’s Edna S. Tuttleman director of the museum: “PAFA is thrilled that this important American artwork will allow us to tell the sweeping story of American art. We are honored to become the custodians of this important painting.”

In gratitude, PAFA has invited all Berkshire County residents to visit the painting free of charge “in perpetuity.”

Great Barrington — Judith Knight, a criminal defense attorney and former assistant district attorney, has announced that she is running for Berkshire County district attorney. Knight has over 30 years of experience in the criminal justice system prosecuting cases and defending individuals charged with crimes.

Knight is an advocate of criminal justice reform promoting alternative sentencing for first-time non-violent offenders by imposing a stint of community service, restorative justice or inpatient treatment for addicts instead of incarceration. Knight wants to end the school-to-prison pipeline and is committed to fighting the opioid crisis at all levels.

Knight is committed to increased racial diversity in the DA’s office. She intends to raise awareness on racial bias and will require every staff person at the DA’s office to be trained on implicit racial bias. Knight plans to be all-inclusive, working with low-income populations, the elderly, LGBTQIA+, women and children who are victims of domestic abuse and sex trafficking.

“The DA of any community has to make tough decisions every day. Having tried numerous criminal cases on both sides of the criminal justice system, I have the depth and experience to make good, sound decisions that will keep our community safe and moving forward. I will enforce the law to keep dangerous criminals behind bars and I will create a comprehensive community outreach task force whose sole purpose is to stop the revolving door at the jail for low-level drug related and non-violent crimes,” said Knight.

Hudson, N.Y. — On Monday, June 4, from 6:30 to 8:30 p.m. at Montgomery C. Smith Intermediate School, the League of Women Voters of the Mid-Hudson Region, the Columbia County Democratic Committee and the Chatham Democrats will present the final pre-primary debate debate among the seven Democratic candidates vying for the nomination to oppose Rep. John Faso, R-Kinderhook, in the November election for representative of New York’s 19thCongressional District.

Candidates Jeffrey Beals, Dave Clegg, Erin Collier, Antonio Delgado, Brian Flynn, Gareth Rhodes and Pat Ryan are vying for the Democratic nomination and to unseat Faso, the freshman Republican representing NY-19. All have confirmed their attendance at the event. The debate will be moderated and questions will be preselected from public submissions.

The event is free and open to all, though participants are strongly encouraged to obtain tickets, a link to which can be found on the Berkshire Edge calendar.