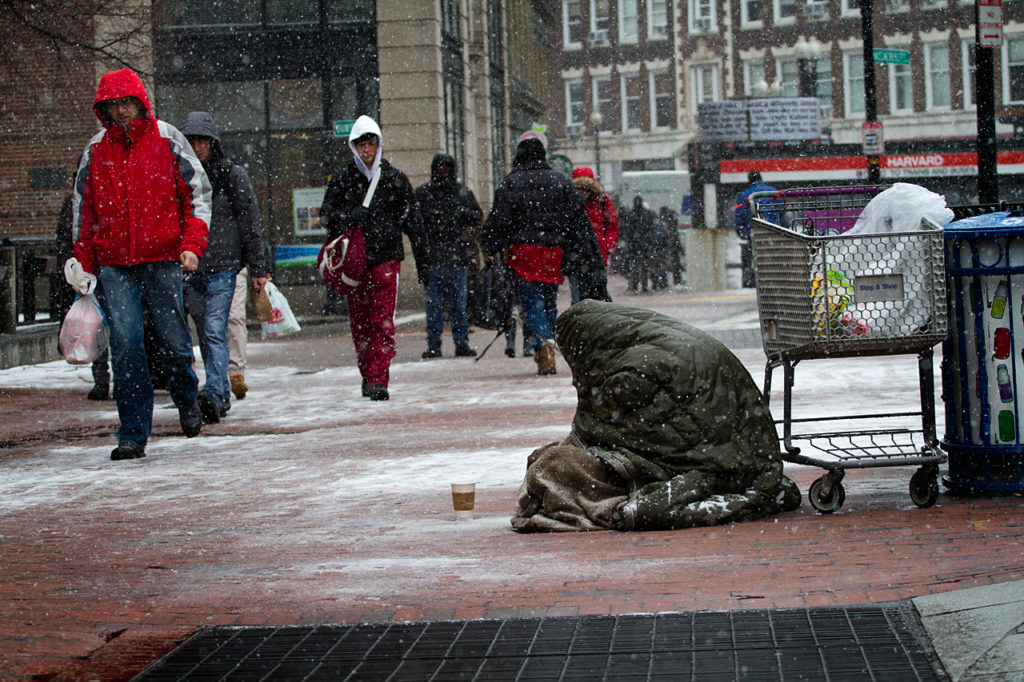 Courtesy of The Boston Homeless Project
Boston winter as experienced by a homeless man.

Pignatelli calls for passage of homeless bill of rights

Boston — With less than two weeks to go before the Massachusetts legislature ends its current two-year session, Rep. William “Smitty” Pignatelli, D-Lenox, is leading an effort to pass H.1129, “An Act to Establish a Homeless Bill of Rights.” On Wednesday, he delivered a letter cosigned by more than 60 of his colleagues to Rep. Brian Dempsey, chair of the House Committee on Ways and Means.

Pignatelli is the lead sponsor of the bill, which seeks to create guiding principles for how municipal and state agencies and other entities treat people who are experiencing homelessness and to decrease discrimination based on homelessness status. The bill outlines certain rights that should be enjoyed by all residents of the Commonwealth regardless of housing situation and homelessness status such as the right to move freely in public spaces, the right to privacy of personal records, the right to private property, and the right to receive medical care. Pignatelli has been working with the Massachusetts Coalition for the Homeless since 2013 to create this bill of rights.

The letter was endorsed by 62 legislators from across the Commonwealth, including Sen. Patricia Jehlen, D-Somerville, the assistant vice chair of the Senate Committee on Ways and Means and Senate chair of the Joint Committee on Elder Affairs. Coalition members and allies have been calling, emailing, and visiting legislators, to encourage House and Senate members to actively work for passage of the bill of rights for people experiencing homelessness.