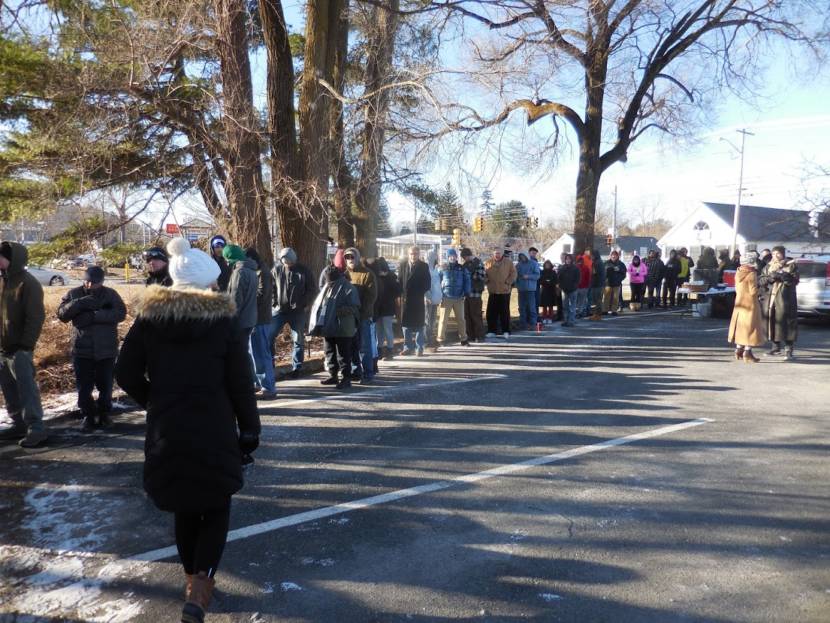 Great Barrington — A young man from upstate New York accused of mugging a customer coming out of a marijuana shop is being held without bail after a court appearance last week.

On Friday morning in Pittsfield District Court, a judge ordered Shane R. Adams, 21, of Pine City, New York, held until Monday, Nov. 23, for a dangerousness hearing. That hearing was subsequently conducted and Adams was ordered held for up to 120 days without the right to bail.

According to Equitas Law, a criminal defense law firm in Brookline, a dangerousness hearing may happen at or shortly after an arraignment on criminal charges. By state statute, the court may keep a defendant in custody for up to 120 days before trial, without bail or conditions of release, if there is “clear and convincing evidence that no conditions of release will reasonably assure the safety of others or the community.”

Walsh said that at approximately 3 p.m. on Nov. 13, a customer of Theory Wellness, a cannabis retailer on Stockbridge Road, reported that two males accosted him while he was walking through the parking lot after having made a marijuana purchase.

One of the men pushed him and ripped the product from his hands and fled in a car. The victim is disabled and was using crutches. The victim’s wife provided police with a license plate number.

Walsh also said officials at Theory Wellness cooperated in the investigation. It is believed to be the first reported robbery at any of the town’s three cannabis stores: Theory Wellness, Rebelle and Calyx Berkshire.

This is not Adams’ first brush with the law. He was indicted by a grand jury in December 2017 on multiple illegal weapons counts, all felonies, as well as second-degree menacing, a misdemeanor, according to the Star Gazette newspaper of Elmira, New York.

The charges against Adams came in the wake of a reported shooting incident Dec. 3, 2017, in Elmira. The disposition of that case could not be determined by publication time.