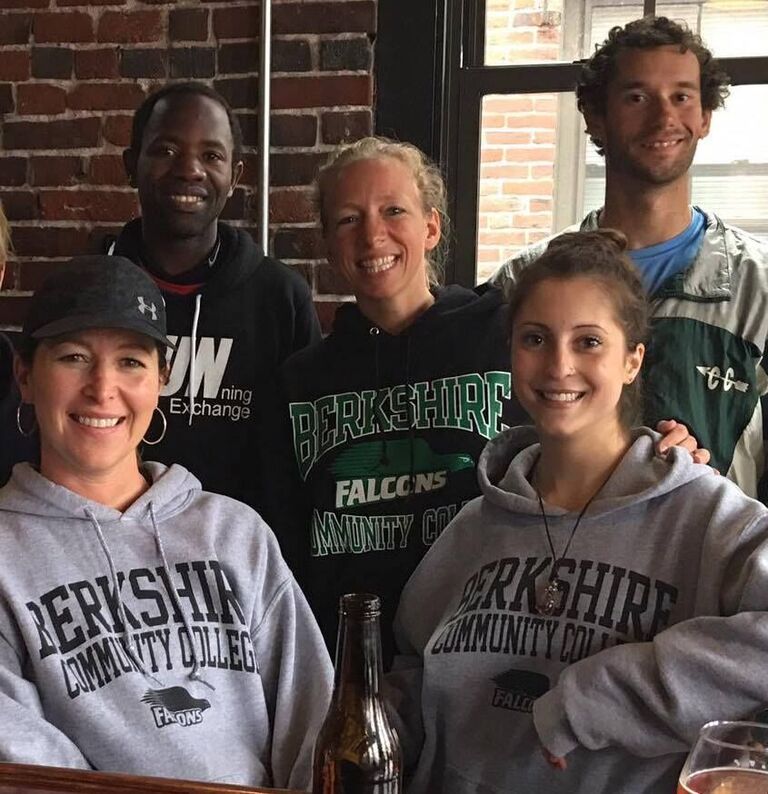 Lee — Tragedy struck the Berkshires community this holiday season when a family lost two of its members after their car was rear-ended in Westchester County, New York.

Lauren Pellegrino and her wife, Kerry Hamill, both 40 and of Lee, were stopped in traffic on Saturday, Dec. 30, 2017, at about 2:30 p.m. on Interstate 684 near exit 4 in Bedford when their vehicle was rear-ended by a man driving a box truck. Also in the Pellegrino/Hamill vehicle was their three-year-old son, Grayson.

Both Grayson and Hamill, who was the driver, died from their injuries, state police said. Pellegrino survived the crash and was rushed to Westchester Medical Center in Valhalla with minor injuries.

Police say the truck driver, 59-year-old Henry Valencia of the Bronx, was unable to stop because of icy conditions on the road. Police have not said whether Valencia was negligent but a personal-injury law firm has already posted an article on its website and is seeking witnesses to the crash.

Hamill had worked at Bard College at Simon’s Rock. She started out as service desk manager at the Kilpatrick Athletic Center, where she served for more than three years. Recently she had moved on to the academic office, where, at the time of her death, she was the assistant registrar and academic affairs associate, according to Kimberly Rock, director of marketing and communications at Simon’s Rock.

“We are devastated by the loss,” Rock said. “Kerry was a bright light. She was very close to the students, the faculty and staff — and the community as well.”

Pellegrino, a Monument Mountain Regional High School graduate and Great Barrington native, is well-known in the area. She was a basketball star at Monument, scoring 1,000 points during her career there and eventually becoming a member of the Berkshire County Women’s Basketball Hall of Fame. Pellegrino went on to Adelphi University on Long Island, where she played four seasons on the women’s varsity Division II basketball team and graduated in 1999. She was a fitness and wellness manager at the Berkshire South Regional Community Center and, in 2013, was appointed director of recreational services at Berkshire Community College.

The Edge reached out to several colleagues, friends and acquaintances of Pellegrino’s but all said they were too overcome with grief to comment.

Pellegrino’s father, Franco “Boom Boom” Pellegrino, is also well-known in South County. The elder Pellegrino worked for many years as the legendary sandwich and soup maker at the Deli, the iconic restaurant on Main Street in Great Barrington.

Run by Frank and Alice Tortoriello, the Deli opened in 1980 in the space currently occupied by GB Eats. The Deli later moved to the building next door to the Berkshire Community College South County Center, sharing a space with the Sip of Seattle coffee shop before closing in 2002.

Tortoriello posted a statement on The Deli Lives On, a Facebook page he started for fans of the eatery, with a link to a WABC-TV news story on the tragedy. 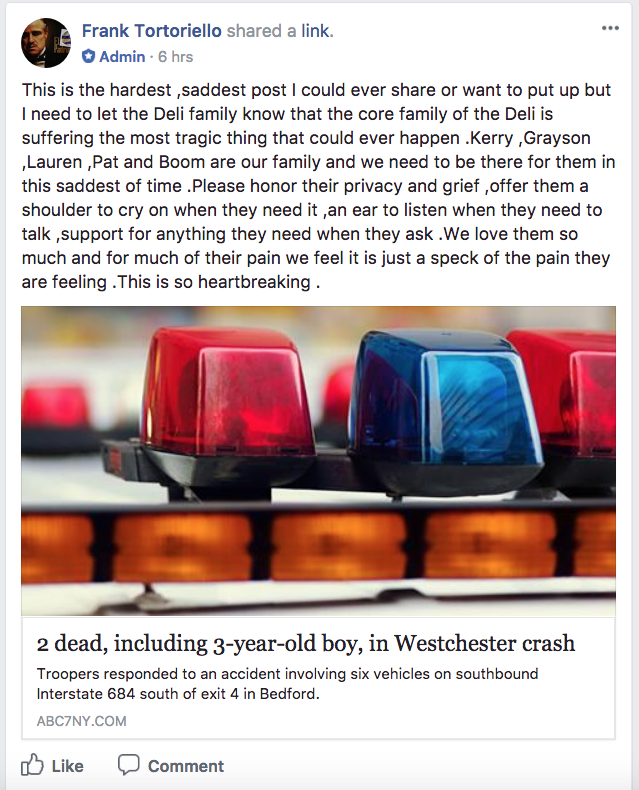 “Oh my god. My heart is aching for them. I am so deeply sorry,” commented Beth Rose of Great Barrington.

“The fog of a heartbreak this big is hard to imagine,” added Tanya Patience Golden. “My heart aches for Lauren, Pat and Boom. May light and strength find you to hold you up.”

And Tortoriello added this thought: “If there ever was a reason why the Deli existed or why this page exists is now, we celebrate the good times together and we gather together as a family to support our own in the bad times. The Pellegrinos have always been the heart and soul of the Deli and of my family.”

Funeral arrangements have not yet been announced for Grayson and Hamill.