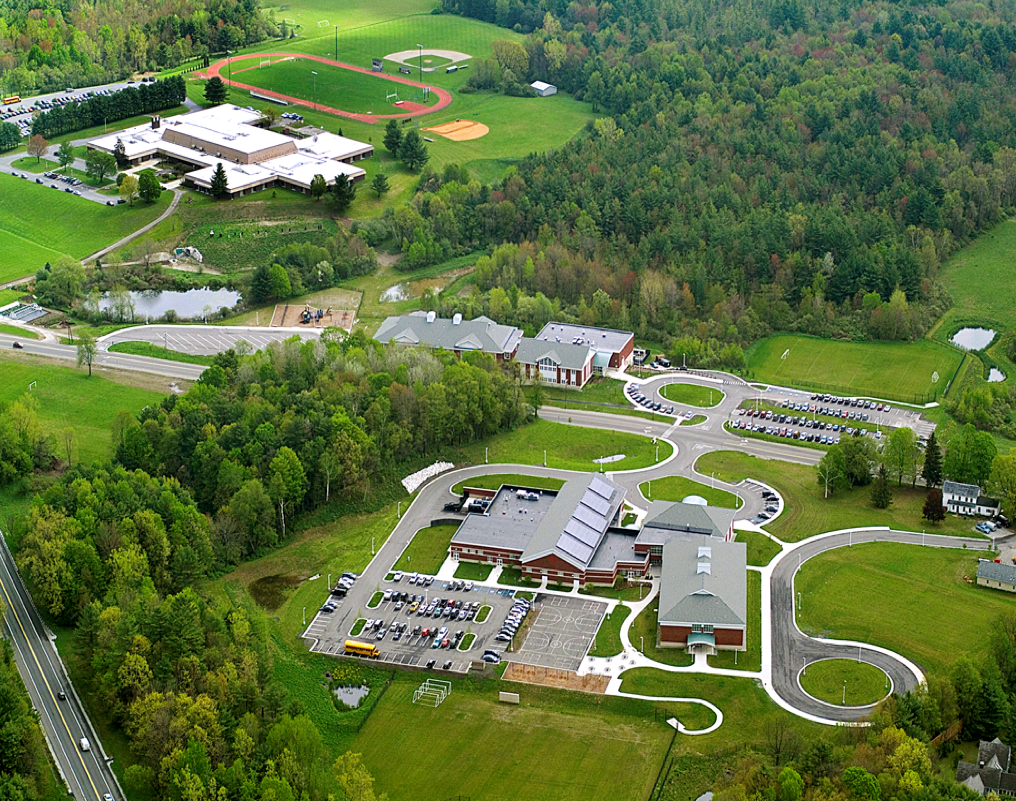 Great Barrington — Whether the Berkshire Hills Regional School District reopens with a remote-only program, full-in-person learning or some combination of the two was still an open question after a school committee Zoom meeting Thursday night that attracted roughly 70 parents and teachers.

Superintendent Peter Dillon had originally proposed a hybrid model, but reversed course to remote-only a couple of weeks later after strenuous objections from members of the Berkshire Hills Education Association, the labor union that represents the district’s teachers.

See video below of the Berkshire Hills Regional School Committee’s discussion of its reopening plans on Aug. 13, 2020:

The new, much-anticipated guidelines tie school reopening plans to infection rates in the communities in which the schools are located. The administration of Gov. Charlie Baker released a color-coded map of all 361 municipalities in the state indicating COVID-19 infection rates per 100,000 residents.

Red indicates the highest infection rate, with white being the lowest. Pittsfield is the only community on the map in Berkshire County that isn’t colored white. Pittsfield is colored green, which, at fewer than four cases per 100,000, is the second lowest designation on the map. DESE commissioner Jeffrey C. Riley said the map will be updated on a “rolling two-week basis.”

Only four communities are coded red (meaning more than eight cases per 100,000) and all are small cities in eastern Massachusetts: Chelsea, Everett, Lynn and Revere. A remote-only plan is recommended for those communities.

DESE Senior Associate Commissioner Russell Johnston said his department is recommending full-time, in-person learning for the 318 communities classified as either green or white.

So it is clear that all three towns served by Berkshire Hills (Great Barrington, Stockbridge and West Stockbridge) are in the lowest infection-rate category. The district does, however, have some choice-in students and staff who commute from Pittsfield.

But Pittsfield, in central Berkshire County, is only coded green, which still means its school system should open with full in-person learning, or perhaps a hybrid approach if Pittsfield can demonstrate extenuating circumstances such as inadequate room for social distancing, poor ventilation or insufficient transportation assets.

“It is our expectation that districts’ learning models will follow this color-coded metric unless there are extenuating circumstances identified after consultation with local boards of health,” Riley said.

School committee member Rich Dohoney questioned whether the guidelines were mandatory but conceded that, “I don’t know what the answer to that is.”

“Is there some indication that these guidelines are 100 percent optional or if they’re a mandate?” Dohoney asked. “To be clear, if we were to follow these today, we’re not talking about a hybrid model, we’re talking about … in-person learning. We’re in the safest category. If we were to go with a hybrid model, that is a deviation from the guidelines.”

Riley acknowledged that some school districts have already finalized their plans for reopening. He suggested the guidelines are not mandatory, clarifying during a recent conference call with the Massachusetts Association of School Committees and Massachusetts Association of School Superintendents that “he would support whatever decision districts make.”

DESE is also urging districts to prioritize in-person services for the “most vulnerable” students — those with disabilities and special needs — even if they select a hybrid or remote model for the district as a whole.

See video below produced by DESE on school reopenings and posted on Aug. 4, 2020:

“There are some legal consequences to students not getting a ‘free and appropriate’ public education,” Johnston added, referring to the Individuals With Disabilities Education Act.

At Thursday night’s school committee meeting, director of student services Kate Burdsall shared a draft proposal for high-needs students and those with complex disabilities. Research shows that those students are the most adversely affected by lack of physical interaction with teachers and peers.

“We know that our students with the most significant and complex disabilities benefit the most from being in school in person in order to access services,” Burdsall explained.

Burdsall’s explanation for the proposal is near the beginning of the video posted above. She suggested that in-person learning start for those students on Monday, Sept. 14, when the school year is slated to begin, even if the district opts to start off with a remote-only model.

Burdsall further advised that in the event that the district starts off with a hybrid model, those special needs students should attend school in person four days a week instead of the two the Berkshire Hills hybrid model has called for. Burdsall emphasized that her proposal is a draft and is subject to change.

“Negotiations will obviously be a critical piece for this proposal to be successful,” Burdsall added, referring to ongoing discussions with the BHEA, which has insisted that the district start off the school year with a remote-only model, an approach the union says “provides a safe and equitable option for providing an education to our students, without putting our members’ health at significant risk.”

“It’s thoughtful and works well to meet the needs of our highest-needs kids,” Dillon said of Burdsall’s draft proposal.

School committee member Jason St. Peter of Stockbridge has been on the committee since 2015. He warned that, “The risks of remote learning cannot be dismissed.”

“In the last week, I’ve gotten more correspondence from parents than I have combined in the rest of my five years on the committee,” St. Peter said. “Every single one of them is saying they are against going to a full-remote model to start.”

There were also questions from parents about how their decisions about their own children’s education might affect their standing in the district. What would happen, for example, if a parent decided to homeschool her child even if the school was open for in-person learning?

Dillon said it would mean that the student was effectively leaving the district, but if the family resided in one of the three member towns of the district, the student would be allowed to re-enroll. Children who are choice-in students and live outside the district, however, would have to go to the end of the line to re-enroll at Berkshire Hills after withdrawing for homeschooling.

Of the options before the committee, St. Peter said, “In my five years on the committee, this is the most important decision we have to make going forward.”

Added Dohoney, “The rate at which this committee is being asked to make decisions is just challenging”

Dillon said negotiations with the union will continue over the course of the next several days. School committee Chair Steve Bannon said the committee will meet Thursday, Aug. 20, in executive session at 5:30 p.m., as permitted by state open meeting laws, to discuss collective bargaining issues. The closed-door session will be followed by a public meeting and likely a final vote on which proposed model to submit to DESE.