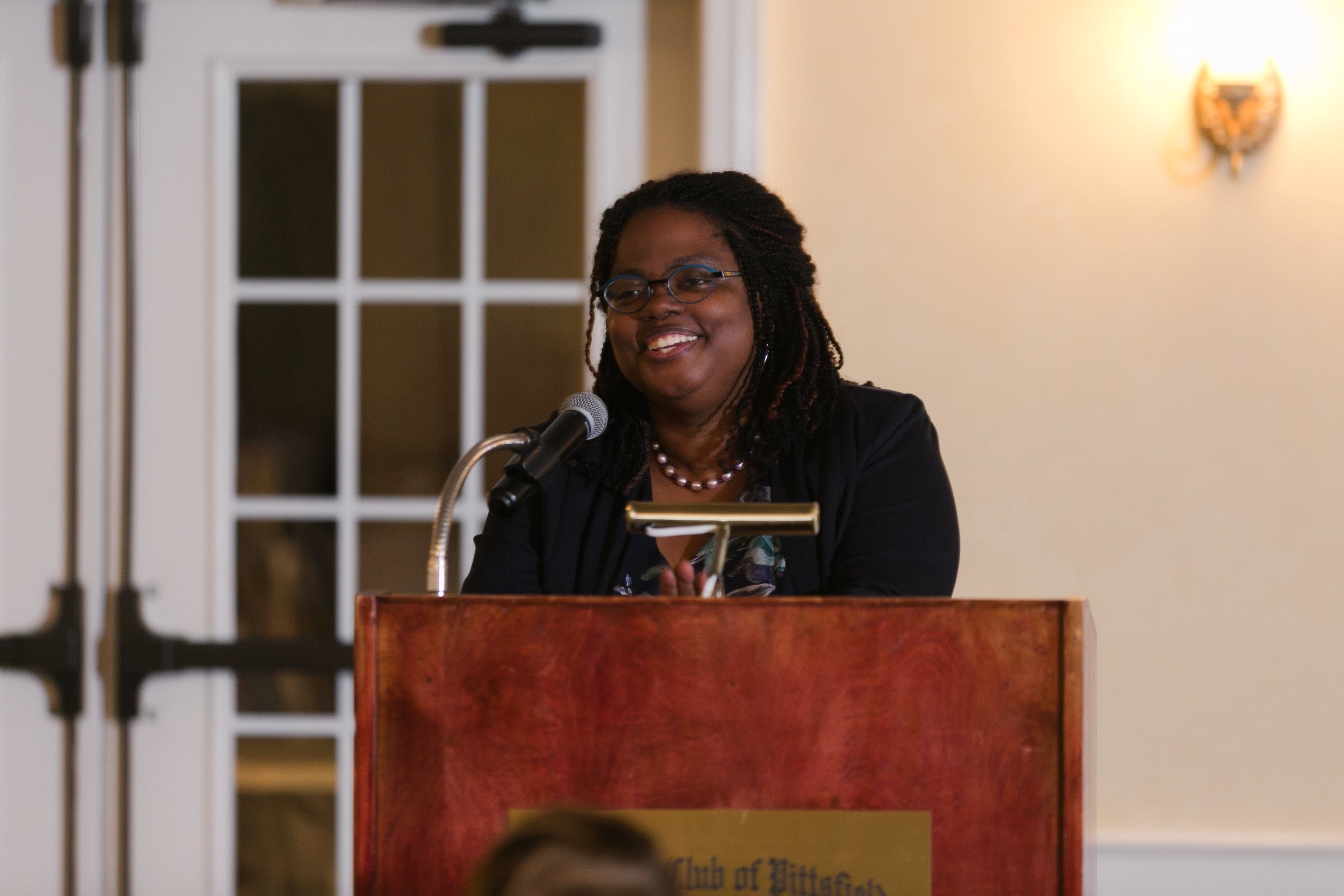 Lee — As next week’s presidential election looms on the horizon, the importance of doing one’s part for the benefit of society comes into sharp focus. Just ask Gwendolyn VanSant. “Everyone has their own personal power and civic power; they need to exercise it for the common good [and to create] positive social impact,” the CEO and founding director of Multicultural BRIDGE told The Edge in a recent Zoom interview. This perspective, in large part, is the impetus behind “New Pathways of Empowerment and Transformation: Moving the Dial on Race, Class and Justice Strategies.” The four-day event (Nov. 6-9) curated by VanSant and fellow activists, will focus on continuing the movement for gender, race and economic justice. American scholar and civil rights activist Angela Davis will deliver the keynote address Sunday evening.

“[To avoid] wallowing in whatever the outcome [of the presidential election] brings: that’s my hope and dream for the conference,” said VanSant, calling the online event everything she dreamed it would be without being in-person. “How do we stay strategic? How do we keep movement building? And how do we work toward equity and justice? No matter who our federal leadership is, we have a lot of work to do as individuals and organizations,” VanSant reminds readers.

VanSant created New Pathways — a collection of talks and webinars intended to seed an equitable and resilient future based on justice, healing and transformation — during COVID-19. She saw the series of short, accessible talks with local and national leaders as instrumental in supporting new forms of leadership and organizing both during a period “when the disparities [are] so stark” and in the aftermath. “We can’t go back to the way anything was. We have to create new ways of working together,” VanSant underscored in a nod to the program’s moniker. “And that’s what this conference is: all of us coming together to do this work.”

Saturday’s session, devoted to “Public Health, Wellness & Positive Mindsets for Transformation, Healing & Justice” will feature Gibran Rivera, speaking on “Conscious Masculinity” and a trio of presentations featuring panelists from around the globe. An in-person reception, with limited capacity due to COVID-19, will feature a discussion on “Creating Generational Wealth: Resourcing Justice and Equity through Transformation and Healing.”

Sunday is devoted to “Scholarship and Arts in Action” and will feature, among many others, local artist Pops Peterson on his current “Reimagining Rockwell” exhibit; and Jackson Whalan, local lyricist and music producer.

Sunday’s keynote speaker will be Angela Davis, “a Black feminist, scholar and activist whose strength and centeredness I admire,” said VanSant. Born in Birmingham, Alabama, in 1944, Davis studied philosophy at Brandeis University; as a graduate student at the University of California, San Diego, in the late 1960s, she was active in many groups, including the Black Panthers and the Che-Lumumba Club, the all-Black branch of the Communist Party. Today, Davis, who identifies as an abolitionist, is professor emerita at the University of California, Santa Cruz, and the author of several books, including the forthcoming “Abolition. Feminism. Now.” in March 2021.

“For me, Angela Davis stands as a fierce woman, disrupting patriarchy, disrupting racism,” said VanSant, adding, “she won’t waver from what’s important, and she’s a truth teller [who has] been in this fight for decades and who will continue to fight until it’s disrupted. For me she’s a hero.” The conference concludes on Monday with a discussion of “Reparations: Moving Resources for Positive Social Impact”; Malia Lazu, of Urban Labs and MIT Sloan, will speak on “Tomorrow: Activating Justice and Equity” with a panel discussion to follow.

Since 2007, VanSant and BRIDGE have been putting the Berkshires on the proverbial map when it comes to groundbreaking work on social justice. In our local community and across the globe, what VanSant calls “hard moments” persist: A Zoom ceremony, honoring the 51st anniversary of the W.E.B. Du Bois homesite dedication was “bombed” with hate speech; anti-Semitic graffiti appeared on the Macedonia Baptist Church; and bullying and name calling of non-white students persist in the local schools.

No doubt the conference will kick off as votes are still being counted across the country. The culminating emphasis on healing, after the election, is not by accident; in large part, it was aimed to address central questions for us all: How do we heal? How do we work toward transformative justice while taking care of ourselves and our communities?

VanSant hopes that — in addition to scholars, local leaders and leadership team members from civic and nonprofit organizations — the conference will attract individuals from all walks of life, including students; Walk Unafraid has sponsored 100 free tickets for LGBTQ+ and/or BIPOC individuals, and anyone who cannot afford the $250 ticket price should contact newpathways@multiculturalbridge.org with a suggested contribution to receive their tickets.

“Often we get stuck in our lane,” said VanSant in a nod to the conversations and causes to which we feel most comfortable contributing, which, at the end of the day, is why it’s important at times to strip off our titles and just show up as humans. “None of us is perfect. The idea that leaders need to be perfect in an imperfect world is so oppressive; someone living their truth and sharing their truth is the most important,” underscored VanSant. “This conference is about bringing everyone together … [and] everyone is welcome. Period.”

BRIDGE is a grassroots organization dedicated to catalyzing change and integration through promoting mutual respect and understanding. Since 2007, the BRIDGE mission has been “promoting mutual understanding and respect among diverse groups serving as a resource to both local institutions and the community at large. The organization serves as a catalyst for change and integration through collaboration, education, training, dialogue, fellowship and advocacy.” To secure your place in the conversation, visit Register: New Pathways Social Justice Conference.