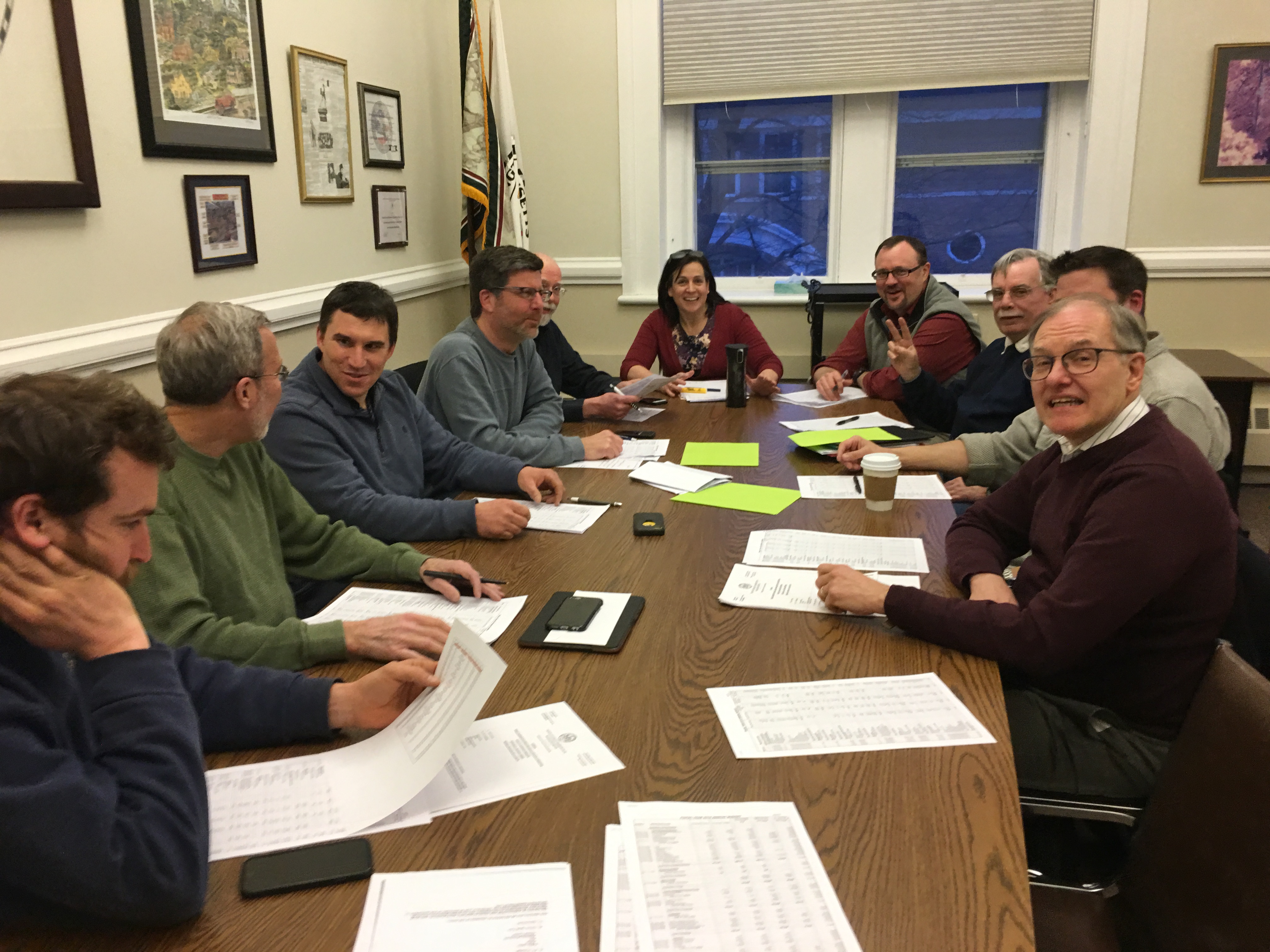 Great Barrington – In contrast to proceedings in recent years, when members of the Finance Committee wrangled with the Selectboard, even going so far as to propose stripping the Selectboard members of their option for health care benefits (doesn’t that sound familiar?), the current negotiations for the 2017-2018 town budget have so far progressed as smoothly as the surface of Lake Mansfield on a quiet summer’s day – with only a ripple here and there.

Helping to calm potentially troubled waters, no doubt, are reports such as those presented last week during consideration of the public safety departments – police, fire and inspection services.

At a proposed $1,557,439, the Police Department budget would be 2 percent higher than last year’s. And that includes upgrading Walsh’s assistant Cara Becker from part-time to full-time.

“Cara will be doing community outreach,” Tabakin explained. “She will be taking the lead on the opioid task force, and will be the point of contact for legal and social services, and community policing.”

In the past year Becker oversaw the successful process of accreditation for the Great Barrington Police Department.

Or consider this from Building Inspector Ed May: “I’ve got a ton of permit fees, and building permits to process.” As a result, he said, he needs an assistant who will add $33,000 to his operation. The good news: “It will pay for itself.”

Town Manager Jennifer Tabakin noted that the town has recorded $37 million in new construction in the past year, resulting in permit fees totaling more than $88,000 so far this fiscal year. The new construction will generate $538,690 in new tax dollars to the town.

“This is huge, really huge,” Tabakin said, “and these permit fees and new growth numbers do not include the planned development projects, such as the work at 100 Bridge Street, Searles Hotel at $24 million, the Powerhouse Square by Benchmark Development at $15 million, and Ian Rasch’s 47 Railroad Street development at $4 million.”

But she added that it was prudent to add an assistant to the Building Inspector’s department since contractors need to have their applications processed in a timely fashion. “There is a shortage of qualified building inspectors,” she pointed out.

If there were moments of discomfort with the town manager’s proposed Public Safety budget, they came when the Selectboard and Finance Committee examined the estimated Fire Department expenditures.

And it wasn’t because of the Fire Department’s request for a consultant to advise Chief Charlie Burger on making the department as efficient and responsive as possible, given the difficulty in recruiting volunteer firefighters.

The Selectboard’s concern was over the $105,000 rental fee the department – and the town – were paying Housatonic Water Works Company for the village of Housatonic’s fire hydrants. That fee has risen 14 percent in the past year.

Town Manager Tabakin noted that the town had agreed to a higher fee for the hydrants in order to save Housatonic residents money on their water rates, which otherwise would have risen.

Still, Selectboard member Dan Bailly demanded better accountability from the private water company. “That’s a lot of money for the cost of hydrant maintenance. We have not seen any reports of whether the hydrants are working – no reports of testing them by flushing.”

Fire Chief Burger confirmed that despite requests, the private water company had not provided documentation of the test results from its hydrants.

“This is an issue we should pursue,” agreed Selectboard Chairman Sean Stanton. “In case of a fire, it’s important for Housatonic residents to know that we’ll have water when the fire department shows up, and not have to lay hose down to the river.”