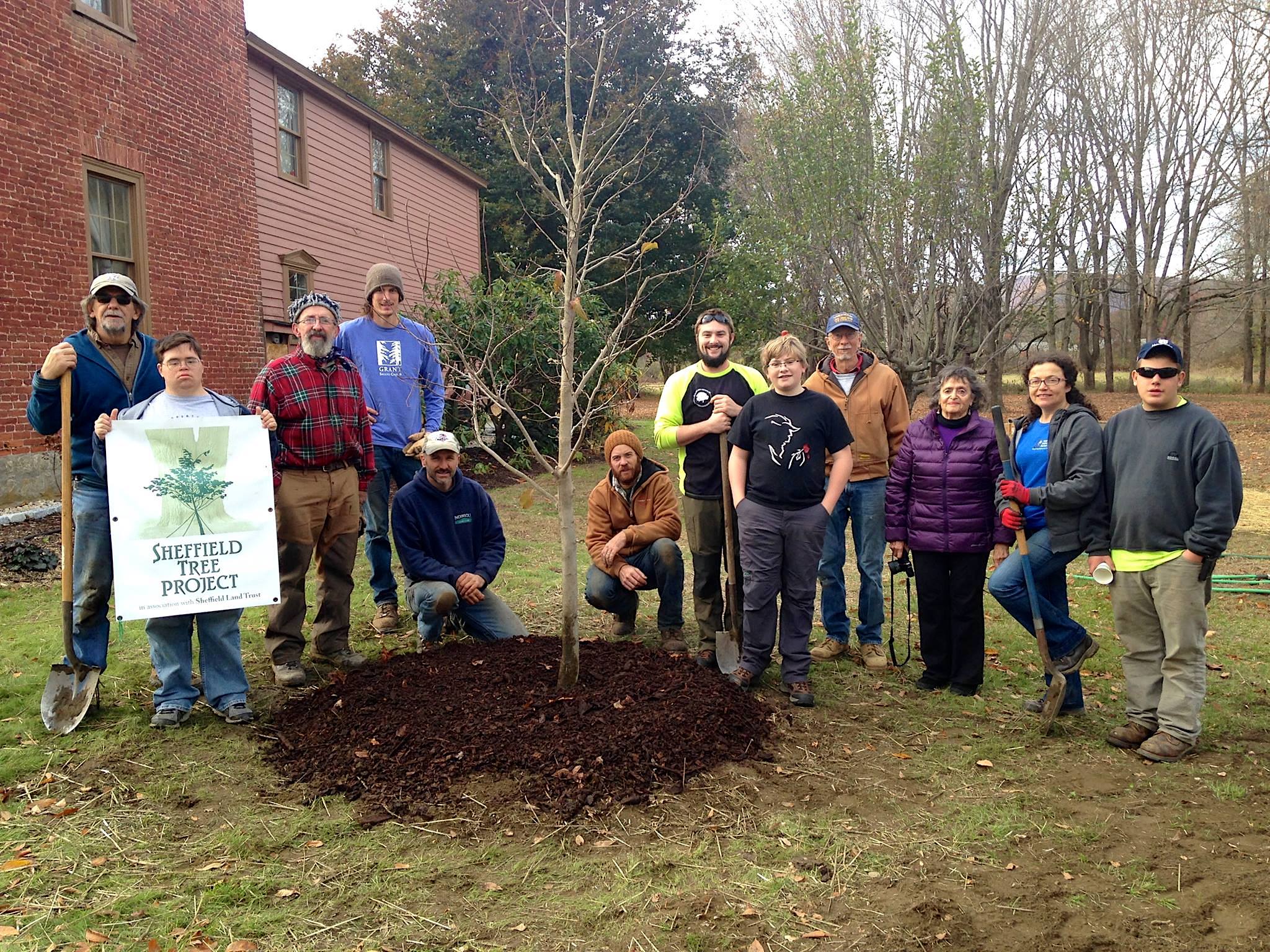 Sheffield — There’s something of a strange election coming up Monday in Sheffield.

Only one race is officially contested, with incumbent board of selectmen member Nadine Hawver running for a third term against challenger Bob Kilmer, an Ashley Falls dairy farmer. That campaign between two well-known longtime residents is hotly contested.

A planning board vacancy is being created by the decision of longtime member Jim Collingwood not to seek reelection. Unfortunately, no one stepped forward and petitioned to get on the ballot. So until recently, it did not look like anyone would be elected and the board would have to appoint someone to fill the vacant seat — until late last month, that is.

Since the deadline had passed to get her name on the ballot, local businessowner Sari Hoy organized a write-in campaign for Collingwood’s seat. She was approached by friends and asked to consider the write-in bid.

Hoy, the co-founder with Jess Murray Toro of Native Habitat Restoration, only became a U.S. citizen in 2018, though she has owned property in Sheffield for 24 years and lived in town full-time for 18.

“I feel really pleased with the response that I got from the people I’ve seen,” Hoy said in a recent interview. Of her decision to consider a run after being asked, Hoy added, “It didn’t take me more than about 20 seconds to say yes.”

“I’m interested in local government and I really wanted to be involved and serve,” Hoy said. “I did a short stint on the aesthetics committee, then the situation came up with Jim Collingwood not running again, and someone asked me if I would consider it. I had already been mulling it over my mind in general and so it just seemed like the perfect time to say yes.”

By Sheffield political standards, Hoy has an exotic history. She was born in Cyprus to a British army family (her father was in the service), but grew up in her father’s native England. Her work brought her to Montreal and later to Manhattan, where she practiced as a designer and product developer in the textile industry.

Her first name, pronounced “serry,” was given to her because her father “wanted to call me Sarah or Sally and my mother didn’t like either, so she made it up.”

Hoy bought property in Sheffield and came up on weekends. Her part-time status came to an end when she started attending graduate school at the Conway School of Landscape Design in Northampton, where she received a master’s degree in sustainable landscape planning and design. She later served an internship at the Berkshire Regional Planning Commission, where she developed zoning bylaws for the city of North Adams.

This was a career change borne of a desire, she said, “to do something more meaningful with my life.” Now she lives with her husband, Denis O’Connor, in a house on Main Street near the entrance to the Sheffield library.

Of her likely work on the planning board, Hoy said, “I’m interested in the town as a whole and all the components: So we’ve got the community, the historic nature of the town, an active agricultural area, a lot of small businesses here, and it’s super important ecologically.”

Hoy said there is a misperception that the only reason planning and zoning boards exist is to stop people from doing what they want with their land.

“It’s really more about solving problems,” Hoy explained. “There’s this myth that they’re there to get in your way, to stop your freedoms or doing whatever it is you want to do.”

“You have all these important aspects of land use that can all exist together, and for me, what’s important is … towns want to grow and develop, but at the same time, you don’t want to lose the essence of what the town is,” Hoy continued. “That is why I like the planning board because it’s about land use in general, not specific to one particular area.”

The planning board has a number of responsibilities within the town government (click here to see them all), including adopting a master plan and subdivision rules, drafting and submitting zoning amendments for consideration at town meeting, serving as special permit-granting authority, and conducting site plan review for proposed land use projects.

“I want to know what’s going on in my town but I also thought … The bigger picture is just what’s really interesting to me,” Hoy said. “We’ve got solar farms and more coming, but we’ve got marijuana growing and distribution.”

Hoy became a citizen two years ago and had never really been able to vote until then. She was too young while living in the UK, then moved abroad and never thought it was right to vote by absentee ballot in England.

“I’m in my 50s now, so this is really exciting,” Hoy said with the exuberance of a both a new citizen and a new voter. “So I started going to selectboard meetings and conservation commissions meetings. Through my business, I spend a lot of time in ConCom mtgs anyway.”

Hoy said she is not aware of any other candidates mounting write-in campaigns for the planning board, “but who knows what’s going on behind the scenes?” Click here to see the campaign flyer that has been circulating on social media and through email.

Voting for a write-in candidate isn’t terribly complicated, town clerk Felecie Joyce told The Edge. Several years ago, write-in voters were required not only to write in the name of the candidates but also their addresses.

Now voters need only write in the name of the candidates and fill in the oval to the right of the name so that the town’s optical scanner machines can recognize it. Click here to see the ballot.

In cases where the name of the candidate might not be clear as written, voter intent will be honored. There are, for example, two David Smiths in Sheffield, a father-and-son duo who have both served in elected office. Neither is on the ballot or mounting a write-in campaign, as far as we know, but that’s the kind of ambiguity that makes for a judgment call on the part of election officials.

Joyce said normal voting hours for the Monday, May 11, town elections have been reduced in order to minimize the exposure of workers and voters to each other.

Information on the election can be found on the webpage of town clerk. Polls will be open at the senior center with reduced hours (9 a.m. to 7 p.m.) but absentee ballot request forms were mailed earlier to all registered voters in order to facilitate remote voting and be consistent with the state’s social distancing guidelines. All registered voters were allowed to vote by absentee ballot because of the COVID-19 pandemic.

Joyce warned that there could be a line to get into the senior center to vote in person. The number of voters allowed in the center will be limited because of physical distancing requirements.