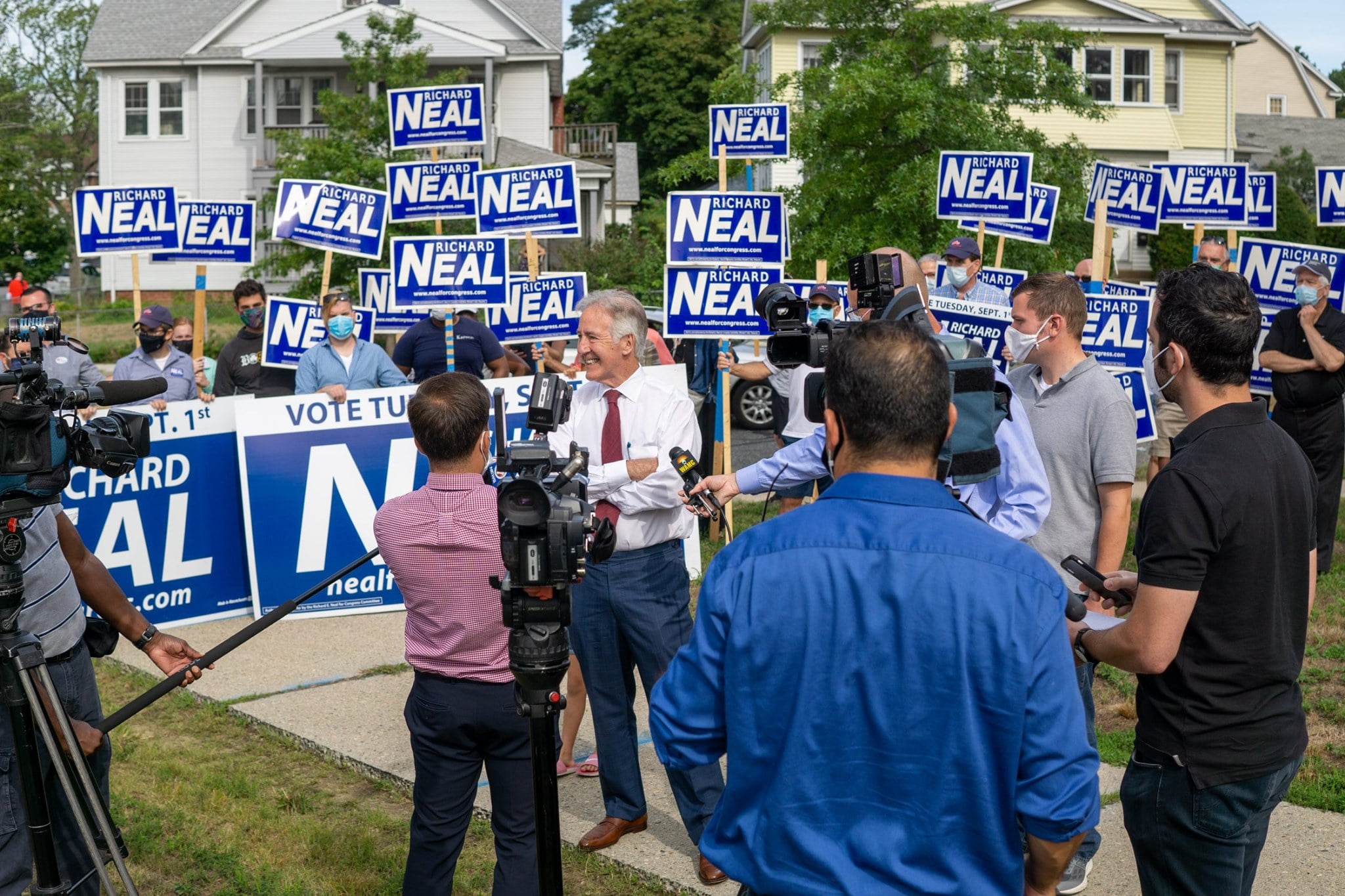 Rep. Richard Neal of Springfield, who has served the 1st Congressional District since 1989, fought off a stiff challenge from Holyoke Mayor Alex Morse. Neal, who chairs the powerful House Ways and Means Committee, won a 17th term.

Morse, a 31-year-old self-styled progressive, had argued that moderate Neal was a part of the entrenched establishment and questioned the congressman’s close ties to large corporations, including the private equity and pharmaceutical industry political action committees that had contributed heavily to Neal’s reelection efforts over the years.

But voters were not buying it. With 96% of precincts reporting, Neal bested Morse 59 to 41%. The Associated Press called the race for Neal shortly before 10 p.m. Monday night, and Morse conceded soon after. Results by county were not available, but results by town in the sprawling district can be found at the Associated Press.

Both men had garnered high-profile endorsements. Neal was supported by House Speaker Nancy Pelosi and Morse by Rep. Alexandria Ocasio-Cortez, a rising progressive star who herself defeated a longtime incumbent in a Democratic primary in her New York district two years ago.

The openly gay Morse, who had become one of the youngest mayors in the country when he was first elected at 22, was also accused of sexual misconduct by students at UMass Amherst, where he was a lecturer. The story broke in the student newspaper and has been linked to Neal supporters at the university.

“We were up against one of the most powerful incumbents in Washington,” Morse said, according to Boston.com. The LGBTQ Victory Fund went further, arguing that Morse lost “after a coordinated homophobic attack was launched against him in the final weeks of his campaign.”

Neal will run uncontested in the November general election because the Republicans were not able to find a candidate to challenge him.

In the fiercely contested Democratic primary for the U.S. Senate seat, first-term incumbent Ed Markey beat back a challenge from Rep. Joseph P. Kennedy III. With 93% of precincts reporting, Markey defeated Kennedy by 10 points, 55 to 45%.

Markey, 74, and Kennedy, 39, differed little on the issues. Kennedy’s rationale for replacing Markey was based mostly on generational change.

Markey is the heavy favorite to trounce attorney and businessman Kevin O’Connor of Dover, who defeated Shiva Ayyadurai Monday night in the Republican primary for Senate by 20 points.