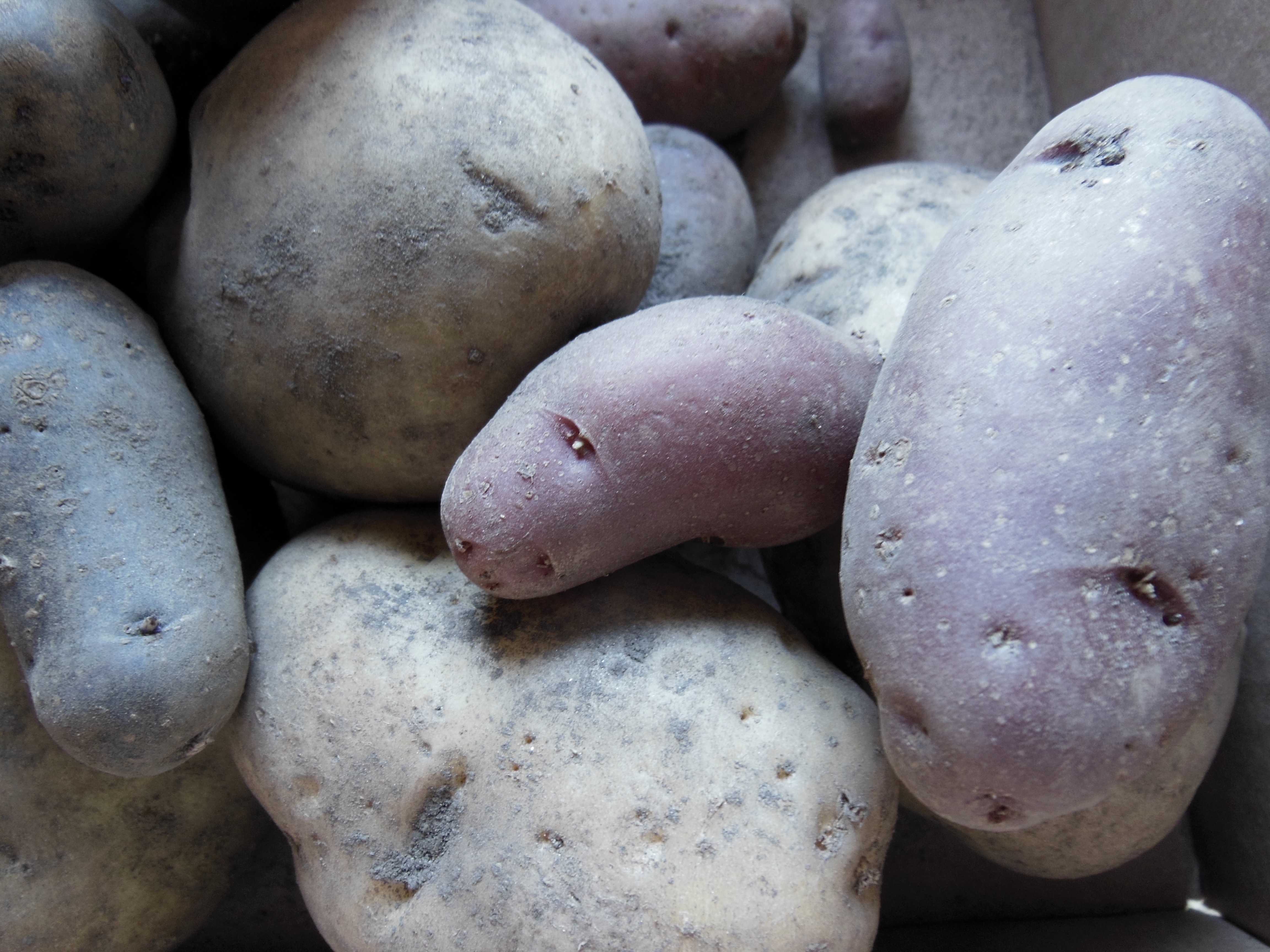 Mount Washington — Peeping buds: that’s what I’ve observed on my varieties of blue and red storage potatoes every year at exactly this time – mid- to late-January — when days have begun to lengthen. I just learned that potato growers refer to the appearance of the tiny buds in the recesses of potato eyes as “peeps.” According to PotatoGrower.com*, peeps occur two to four weeks before definitive loss of dormancy: “Our definition of dormancy break is when 80 percent of potatoes have at least one sprout 5 mm in length.”

Impressed by the predictability of the appearance of peeps in the blues, I have wondered if they are attuned to cosmic forces. I certainly feel the Earth turning toward the Sun at this moment. Could the shut boxes of potatoes in the dark corner where the temperature averages 40 degrees be receiving and responding to the returning sun?

I stumbled upon “dormancy” – of course! Each variety has its inherent dormant period. I am keenly aware of the expected dormancy of winter squash and onion varieties that I plant. I choose cultivars that store well for up to 10 months. The blue and red potatoes I’ve grown keep for four to five months. I plant a sampling of white potatoes that sprout several weeks later than the blues. When choosing potato varieties for purchase, I haven’t found storage qualities highlighted. Voila! Fedco’s Moose Tubers “Potatoes at a Glance” comes close to offering some direction when choosing which potatoes to grow or purchase at the grocery.

Peeps are hardly noticeable and brush off without special attention in the course of scrubbing potatoes. Potato sprouts are significant fleshy structures that require digging out. I’ve always assumed that both sprouted and green potatoes should not be eaten, that they are somewhat poisonous. As soon as I notice the first peeps, my habit is to steam a batch of small to medium-sized tubers and freeze them whole. These are a delightful springtime treat. I grow only the quantity I can prepare fresh by mid-February, which amounts to a five-and-a-half-month season. I don’t purchase potatoes. If you buy potatoes at the grocer’s, buy organic.

Potato characteristics for the grower and consumer – https://fedcoseeds.com/moose/variety_chart.php