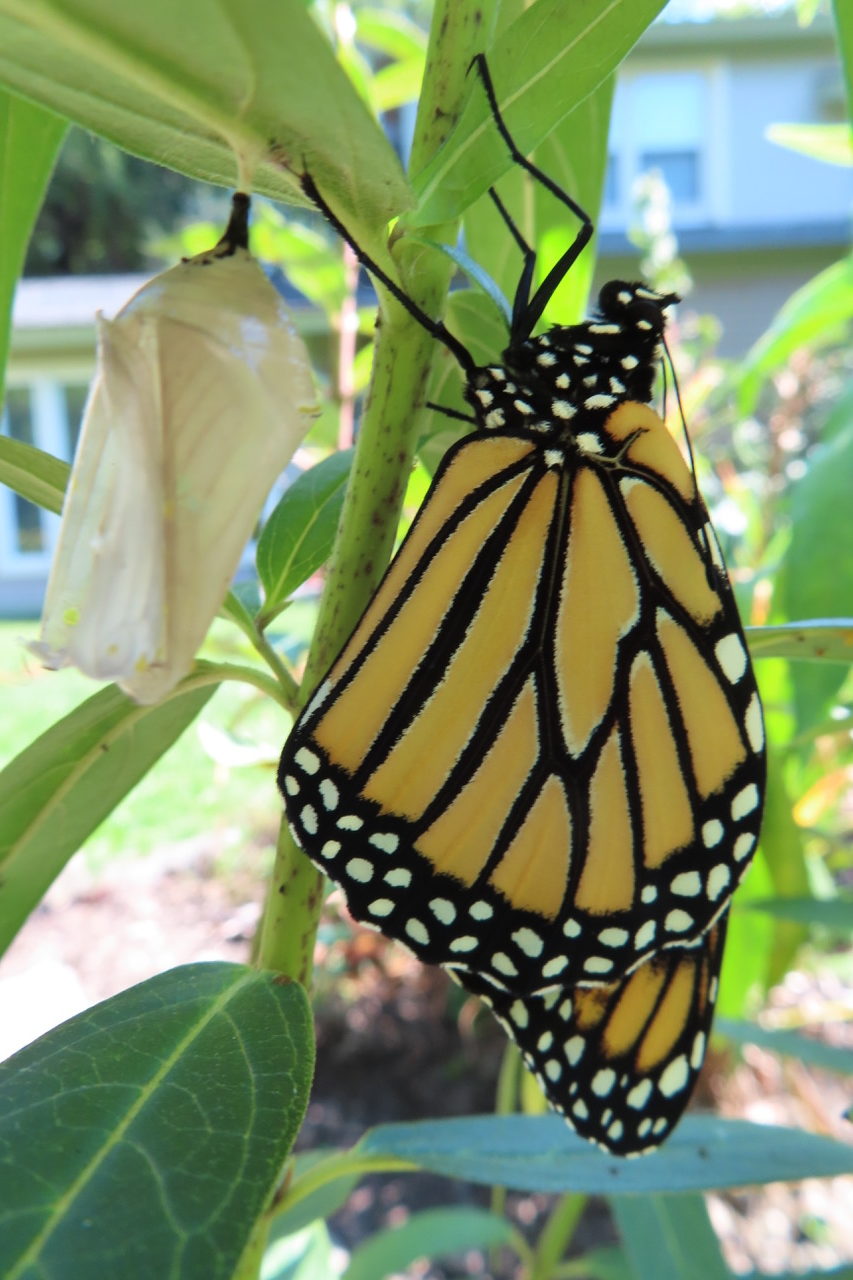 Mount Washington —At the time I finished writing my Edge column “Plant it and they will come” on Thursday, Aug. 20, I had been observing a monarch caterpillar and then its chrysalis since the beginning of the month. At that moment the chrysalis was at the extreme end of the predicted nine to 14 days from chrysalis formation to butterfly emergence, and I had begun to doubt that the chrysalis was viable. On the 20th, it appeared shrunken and black, seeming to confirm my hopelessness. Intending to convey only the wonder of being witness to the unfolding of a beautiful life story a few steps from my front door, I concluded that article, published on Monday the 24th, without revealing my pessimism. In retrospect, I was so influenced by the references I had consulted that I had given up careful observation on the 14th day.

Defying statistics and to my wildly amazed eyes, I found a gorgeous monarch butterfly on Aug. 22, the 15th or 16th day after the monarch formed its chrysalis. The butterfly’s predicted due date was off by as much as two to seven days.

Opening and closing its wings while climbing, our monarch arrived close to the plant’s topmost leaves between 11:56 and 12:14 p.m.

At 12:27 p.m., monarch, perched atop the milkweed plant, displays its full wingspan. It is a female. If it were a male, it would show a short black mark on each hind wing.

One minute later, the butterfly was airborne!

I had turned away just before the butterfly’s moment of takeoff. It had been 90 minutes since I sat down beside the vividly colored and patterned insect to observe its entry into the world. My curiosity demanded that I continue observations that began with the caterpillar. I had forgotten myself, forgotten about the need to move, drink and eat. Distracted by all those cravings, my attention had wandered.

My gaze returned to my subject to glide with her as she took her first flight.

Landing in a Sungold tomato plant (too pedestrian for the occasion!) a few seconds after 12:28 p.m., the butterfly seemed to “hang” in its newfound environment, its wings mostly tucked as they were shortly after emerging from the chrysalis.

About half an hour later, at 1:10 p.m., the monarch took its second flight, fluttering out to a beautiful stand of tall, purple flowering ironweed. Seeing her spread her wings wide in the sunlit flowers, I bid her farewell.