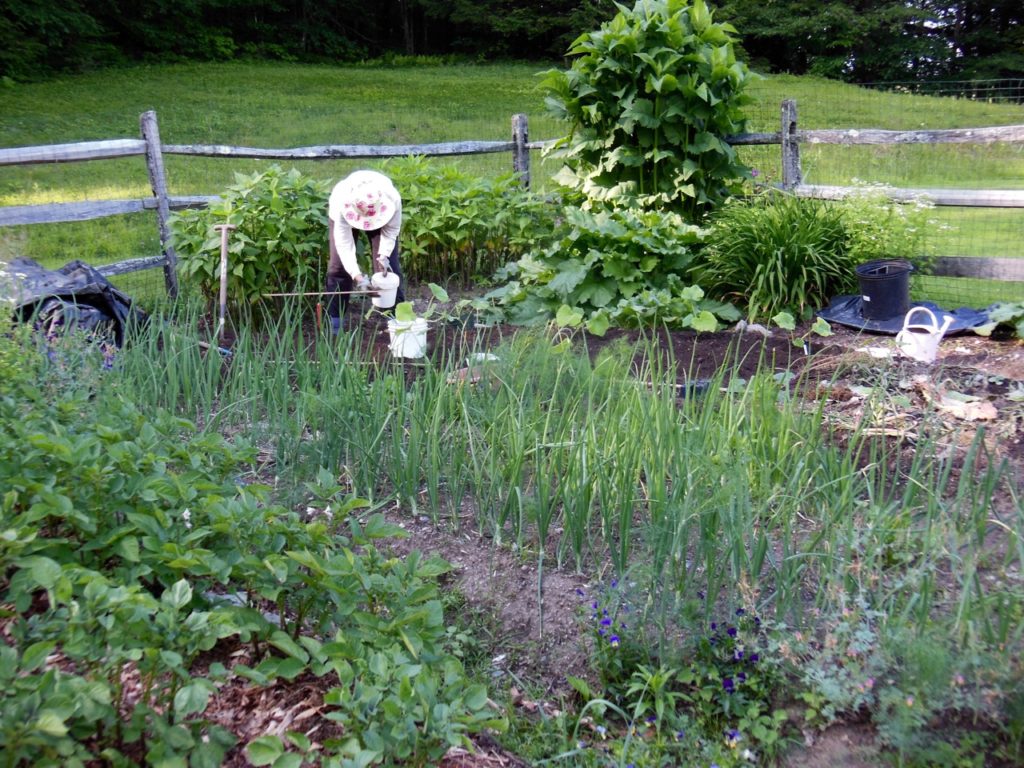 NATURE’S TURN: Bean plants in the lettuce bed, how to raise mosquitoes

Mount Washington — “ ‘Throughout my whole life,’ he noted later, ‘during every minute of it, the world has been gradually lighting up and blazing before my eyes until it has come to surround me, entirely lit up from within.’” From “The Abundance” by Annie Dillard 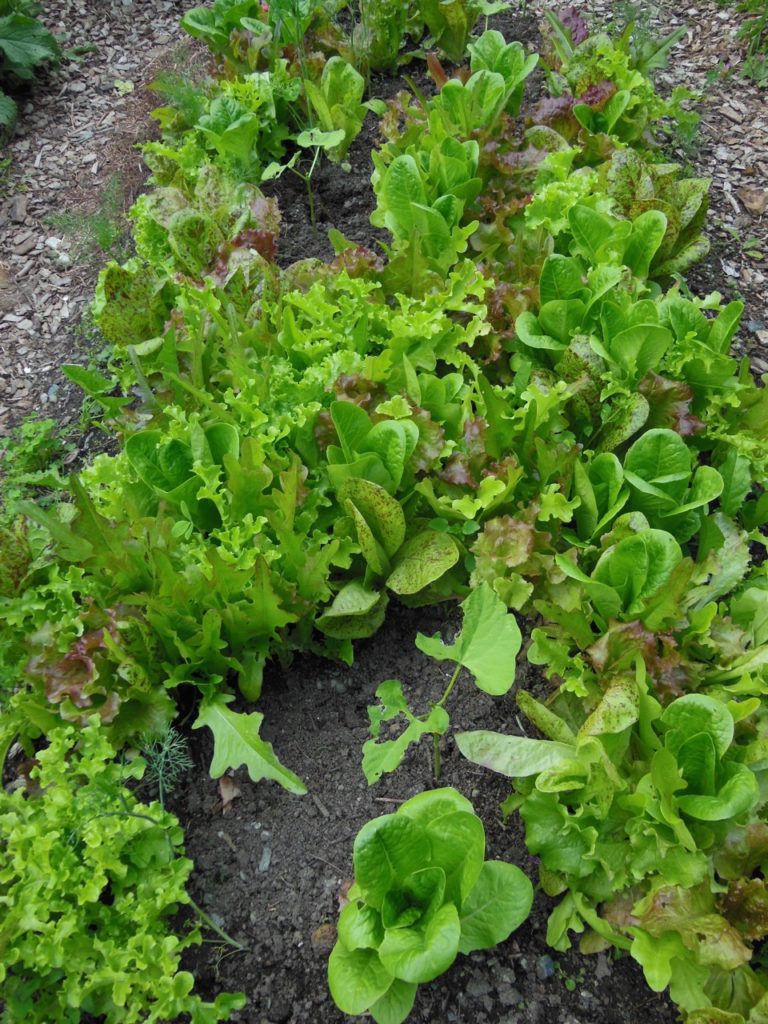 A dozen orca beans, as vivid in appearance as the black and white orca whale, found their way into my seed collection. I favor climbing beans to bush beans so wouldn’t ordinarily plant these but, at this moment, bush beans make an ideal succession crop to lettuce. The lush bed of colorful lettuces that now invites continuous harvests is destined to peak then decline as midsummer approaches. About two weeks ago, I noticed a few spots of bare earth in the stand of salad greens; into these openings I sowed the first orca beans and forgot about them. A few days ago, I discovered a bean plant when picking salad and soon noticed half a dozen 8-inch-tall specimens nearly crowded out by the lettuce and showing signs of neglect. It was natural to enlarge the circle around each bean seedling by pulling out whole miniature lettuce plants for supper. This week I’ll sow the remaining orca beans among the lettuces to complete the succession from salad to bean crop.

Warm weather climbers that produce fruit in 50 to 60 days are in line to succeed sugar snap peas on my 20-foot-long permanent trellis. I recently seeded Lemon, Boston Pickler and Persian cucumbers along with Scarlet Runner, Rattlesnake and Aunt Ada beans at the perimeter of the bed that surrounds the trellis. Planted at the same time, an edamame variety reputed to grow 3 feet tall may not mature, given that it requires 100 days from seed to full pod. Climbing nasturtiums and morning glories add their showy beauty to the attractive and very productive trellised vegetables.

The seed packets of mixed Asian greens from many purveyors include kale. I’m in the process of harvesting the budding and bolting plants from an early stand of the greens while leaving the kale plants at about 18-inch spacing; this kale will grow until early winter. Meanwhile a later sowing of Asian greens is ready to add to salads, suggesting that it’s time to plant a new crop in any open ground. From this second planting, I’ll harvest the leaves of young kale along with all the other tender salad greens because there’s enough kale to grow to maturity in the earlier sowing. Broccoli and collards will be started in the second bed for the late-summer through autumn table. 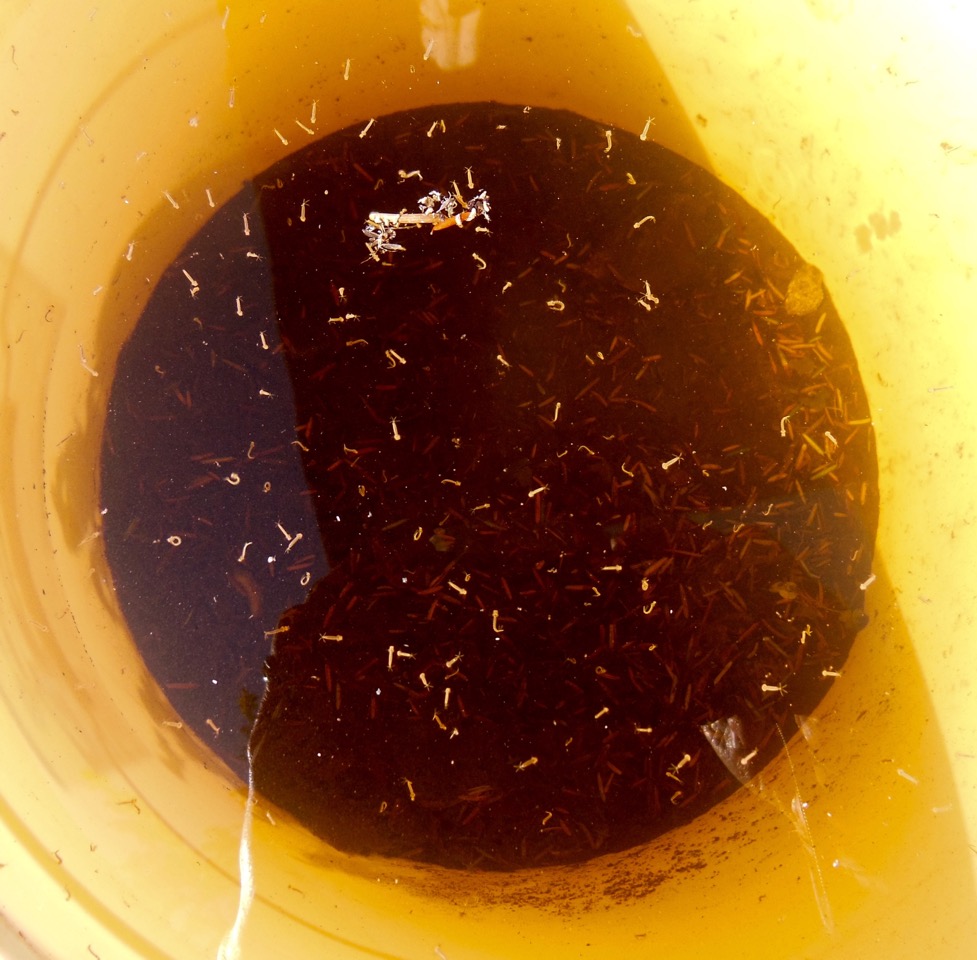 A universe of mosquito larvae and pupae in a deep bucketful of rainwater, June 26, 2017. Photo: Judy Isacoff

Rainwater collection from rooftops is always practical. I drain full buckets and barrels into favorite watering cans to shower seedbeds and pour on the root zones of transplants. All the collection and storage buckets but one have tight-fitting covers. The one that doesn’t have a matching lid wasn’t covered for a while after a rainstorm, but then was covered with a lid that rested on top; it didn’t fit or seal over the circumference edge. When I removed this lid to pour the contents into a watering can, I gazed into water 30 inches deep that was alive with wriggling, pulsing, greyish flecks – thousands of them, unmistakable mosquito larvae and pupae. Imagine all those squealing, biting adult mosquitoes in the air! I proceeded to decant this water into the watering cans, trusting that the little creatures wouldn’t clog up the spray heads. I didn’t stop until the last drop of larvae-enriched water was spent. 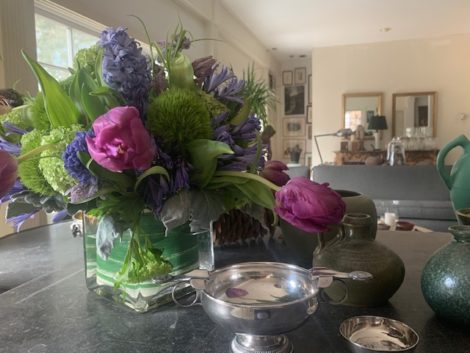 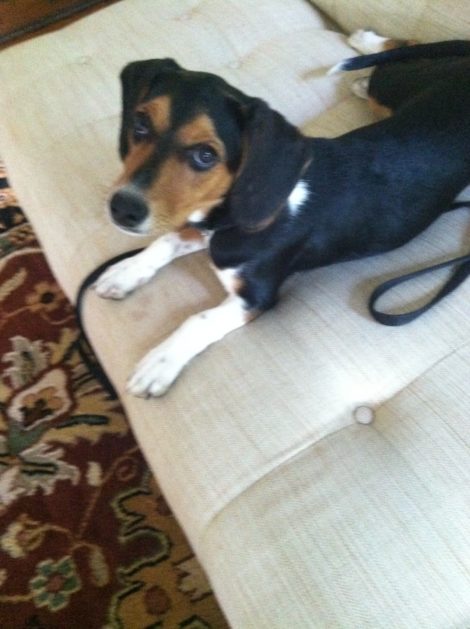 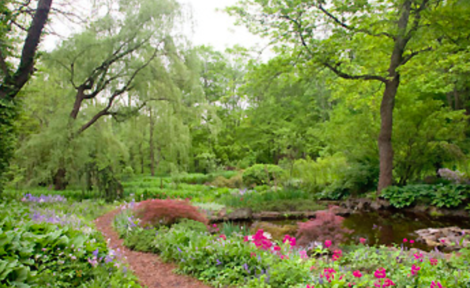 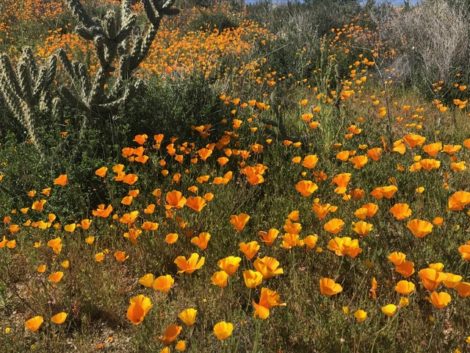