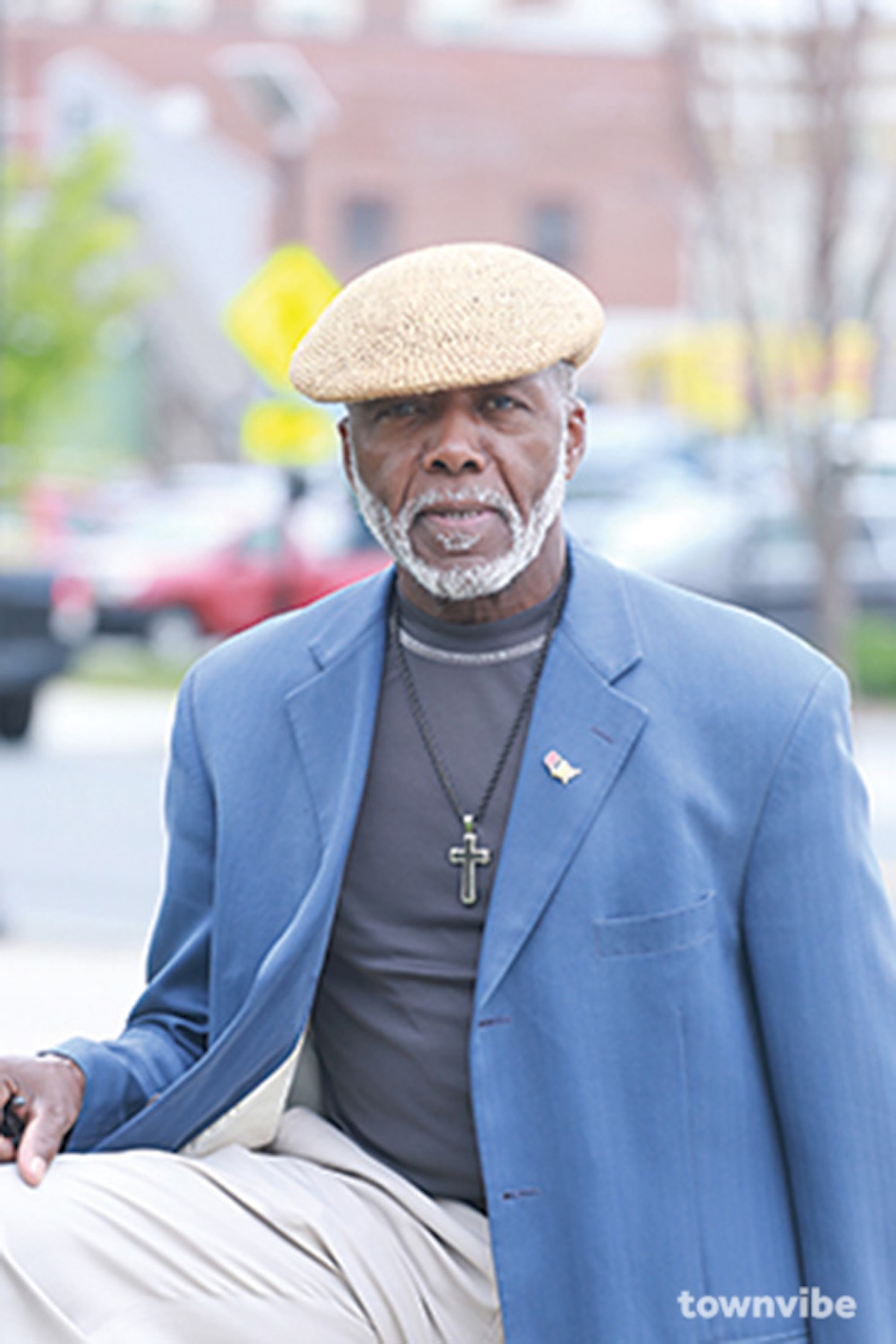 Pittsfield — Dennis Powell is not a big fan of Black History Month, or Black history, for that matter; in fact, he is passionate about desegregating America’s history with a simple goal in mind: “To get away from our narrative that the only history Black people have is our slavery.” Powell, who serves as president of the Berkshire County Branch of the NAACP, can speak at length to the “contributions geniuses made that we enjoy as part of our life existence today.” Dr. Garrett Morgan patented the electronic automatic traffic signal and invented the gas mask; Eli Hamilton Janney invented and patented the modern railroad coupler; Frederick McKinley Jones’ invention of the refrigerated truck dramatically altered how food is shipped around the world; and Dr. Gladys West’s invention of GPS made getting that food to its final destination possible. Dr. Charles Drew made pioneering discoveries about blood plasma and set up the first blood banks during a time when the South was still rigidly segregated and Black Americans were routinely denied medical treatment because hospitals were for Whites only. From Powell’s perspective, “it is the ugliness that makes us unable to tell the [whole] story,” which is why he is working to correct history one story at a time.

One such story burning in Powell’s belly? The details of how the Berkshire County Branch of the NAACP was reactivated. It started with Will Singleton, a Pittsfield native, who returned to his hometown, after retiring from a career in education, to care for his ailing father. As Singleton moved about in the community — conducting his business in financial institutions, public schools and city government — he noticed a lack of inclusive representation. In other words, there were no Black or Brown people present in these spaces. This realization led Singleton to call on members of the community, with whom he grew up, to get a sense as to whether or not there was a need to reactivate the Berkshire County Branch of the NAACP. Joyce Armstrong and Powell agreed that gathering to discuss their concerns was of importance and, on March 14, 2012, the pair was counted among 13 concerned residents who came together at Second Congregational Church for a brainstorming session.

It was the group’s conclusion that the Black community in Berkshire County had lost the gains of the 1960s, ‘70s and early ‘80s — a time when affirmative action was put into place and much prosperity was demonstrated by Blacks who held roles as entrepreneurs and business owners; teachers and administrators in Pittsfield public schools; officers in city government and local financial institutions; and executives at General Electric’s plastics division. It was concluded by the group that the inclusiveness across all sectors in the community could be traced to the strong presence of the very active Berkshire County Branch of the NAACP; naturally, the decision to move forward and reactivate the chapter was unanimous. In April 2012, a meeting to form a reactivation committee was held at Second Congregational Church; Singleton and Powell volunteered to co-chair the committee, and Duane Booth volunteered to serve as treasurer.

In order to reactivate the branch, the committee was required to recruit 50 members; on Sept. 20, 2012, Booth reported the required membership has been reached and Juan Cofield, president of the New England Area Conference of the NAACP, was notified. In December 2012, President Cofield oversaw the elections, held at Conte Community School, and the Berkshire County Branch of the NAACP was given new life. In January 2013, Singleton took the helm as president; Lucy Leonard signed on as vice president; Samantha Willis was secretary; Duane Booth continued as treasurer; and Joyce Armstrong-Cunningham and Henry Lee were elected as At-Large Board Members. The re-activated branch started its work toward improving the racial divide around justice, equality, economic stability, employment, education, health, public safety, criminal justice, voting rights and political representation in the Berkshires. Powell remembers the journey as being a difficult one at times. “The branch wasn’t well received by political leaders and other leaders in this community,” he said, citing some became members simply to report back to others as to the chapter’s plans for going forward. Today, after a small but mighty effort to reactivate the once-dormant Berkshire County Branch, the group is going into its seventh year with a roster of just over 300 members and a goal of 700 more. Anyone who has a passion for justice and equality for all people may join, and membership dues ($30 annually) enable the branch to continue its important work.

True to the Berkshire County Branch’s commitment and mission since reactivating, it has effectively brought about significant change in the community. Powell reports the following:

These conversations are more important today than ever, and they must be celebrated, not contained. Black History Month grew out of “Negro History Week,” a celebration launched by historian Carter Woodson in February 1926; it is thought that he selected February, a month noted for the birthdays of Abraham Lincoln and Frederick Douglass (the 12th and 14th respectively), both of whom played roles in shaping Black history. Since 1976, February has been celebrated as Black History Month. For Powell, this fact confirms the notion that there are two histories about America when there is only one. “When we separate them out [it is a disservice],” he said. 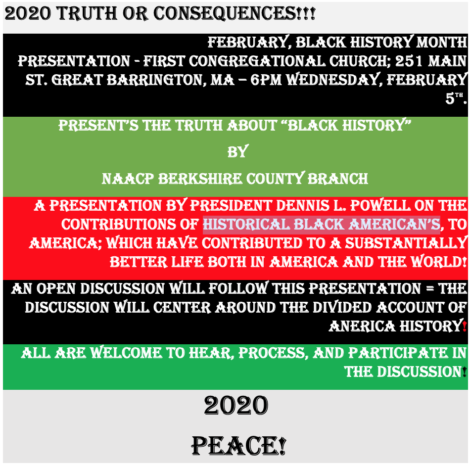 Next week, Powell will make his presentation about the myriad Black men and women — from professors and mathematicians to researchers and inventors — who have left their marks on American history; the presentation will take place Wednesday, Feb. 5, at the NAACP’s general membership meeting in Great Barrington and a discussion will follow. “It’s just so important,” Powell emphasized, to correct the injustices that have hurt everyone. “My job is not to make you comfortable. My job is to speak truth to power and change the narrative.”