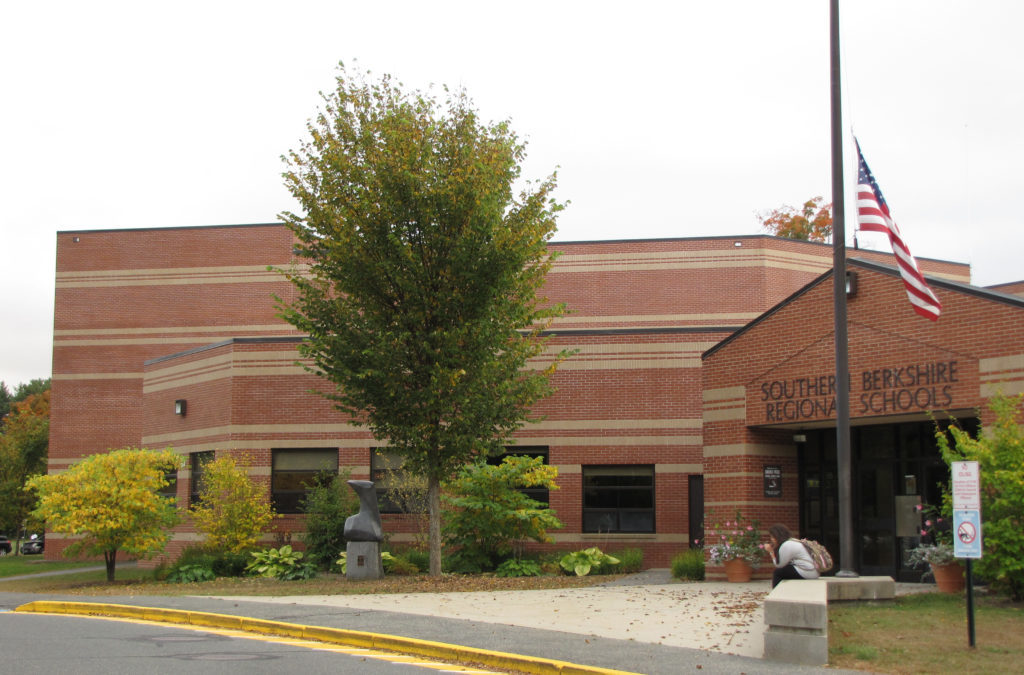 Release of the official results of the Southern Berkshire Regional School Committee elections have been delayed by more than a week.

Editor’s note 2: At 4 p.m. on Nov. 12, the district sent out preliminary, uncertified district-wide school committee results. Click here to view them. There were no surpises.

Editor’s note 1: This story has been revised to clarify that representatives from the Secretary of State’s office did not visit Sheffield. In addition, school committee chair Jane Burke told The Edge because the Sheffield town offices are closed on Wednesday, the school committee’s reorganizational meeting has been rescheduled to Nov. 19, a Thursday.

Sheffield — The recent Southern Berkshire Regional School Committee election results remain somewhat in limbo, but not — as has been rumored — because something went wrong in Sheffield.

The Edge has been trying to get ahold of the Nov. 3 election results for more than a week, but the district’s central office has not yet released them. Now we know why, and yes — it does relate to Sheffield.

Town clerk Felecie Joyce told The Edge her town has two outstanding overseas absentee ballots. Those ballots have until the end of the day Friday, Nov. 13 to arrive. Until then, the results of the election in Sheffield cannot be certified by the clerk or by the office of Secretary of State Bill Galvin, which oversees elections in Massachusetts.

If the ballots were not postmarked by the date of the election, Nov. 3, and do not arrive by the end of the day, Friday, Nov. 13, the deadline for overseas ballots, then they will not be counted. The state will then certify the election the following Wednesday, Nov. 18. Click here to see the Secretary of State’s elections calendar.

“They won’t have any impact on it,” Joyce said of the two unreturned overseas ballots. “However, I can’t officially close out my election until after Friday at 5. I am not anticipating getting those votes back at this point, but the official certification date on this election is the 18th.”

Part of the reason for the confusion is that, unlike the spring municipal elections, the regional school committee elections are held in November on the same date as the state and federal elections. That brings with it more regulation and reporting requirements.

“It’s not like my local elections in May where the winners are called that night and I can call everybody and say, ‘Hey congratulations,’ or ‘Sorry you didn’t win,'” Joyce explained. “I have a little more control over a local election.” There are no election deadlines with a local election in terms of as finalizing results.

“We were informed by the Town of Sheffield that they were being audited, and the earliest they would be able to certify and swear in the school committee representatives was going to be after November 18,” Superintendent Beth Regulbuto confirmed to The Edge. “Therefore we had to move the previously scheduled School Committee meeting.”

Meanwhile, as Regulbuto noted, there were reports of a state audit and recount in Sheffield. This did happen, but not because of election irregularities or suspected foul play. Rather, the Secretary of State routinely conducts audits on voting precincts at-random.

Sheffield, a one-precinct town, was selected by Galvin’s office this fall. Some precincts in Pittsfield were, too. Joyce said that four years ago, in the wake of the presidential election between Donald Trump and Hillary Clinton, the state legislature adopted a policy mandating that 3% of all precincts in Massachusetts would be subjected to a mandatory but random audit certifying the accuracy of balloting. The audit typically takes the form of a recount by a third party — in this case, the state.

So on the morning of Thursday, Nov. 5, representatives from Galvin’s office held a random drawing of precincts from their location and began the task of recounting them. Joyce said her office had counted 2,174 by then and state elections workers came up with the same number.

“It was not an audit because there was an issue,” Joyce explained. “It was random. Four years from now, 66 other lucky precincts will get pulled.”

As for the results themselves, town and school district offices were closed Wednesday for Veterans Day and so preliminary results could not be obtained. Results were not posted on town websites either. Still, they seemed clear enough.

Click here to see an Edge preview of the election and here to see a sample ballot. It is important to note that, while they must reside in the towns they represent, the candidates run at-large and are elected by voters in all five towns in the district.

Three incumbents decided not to run for reelection: David Travis of New Marlborough; Marcella Bush of Egremont; and Maryellen Brown of Monterey. Hannah Bracken (Monterey) and Carrieanne Petrik (New Marlborough) placed their names on the ballot and ran unopposed for those two seats. Alford’s sole representative, Jeff Blaugrund, is not up for reelection until 2022.

No one was officially on the ballot to run for Bush’s seat, but two write-in candidates stepped up to battle for the seat: Susan Bachelder and Genis Delaney. Bachelder has issued a concession statement, noting that Delaney won in Sheffield by a margin of 174-5 and that the number of votes Delaney received in Sheffield “is not much smaller than all our votes from all the other towns put together.” In Egremont, Delaney beat Bachelder by a margin of 74-69. Click here to see all of the results from Egremont, which were sent out via email by town clerk Juliette Haas.

In Sheffield, two seats were up for grabs, with three candidates running. Incumbents Jonathan Bruno and Art Batacchi ran for reelection. Former school committee member Andy Fetterhoff also ran for a seat. In Egremont, Bruno had 380 votes, Battacchi 387 and Fetterhoff 187. Sources tell The Edge unofficially that the results were proportionally much the same in the other towns, so it looks very much like Bruno and Batacchi were reelected.