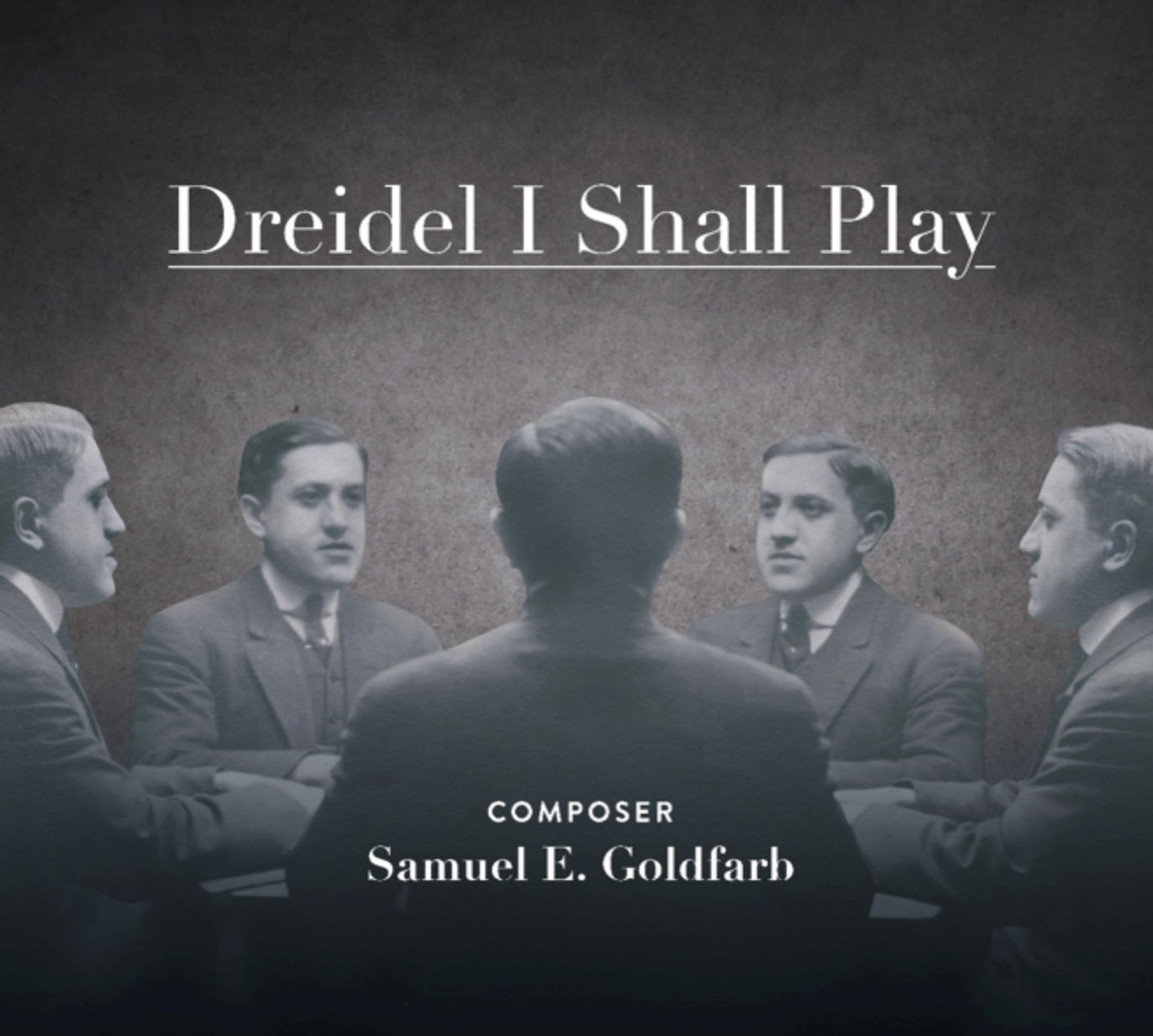 I met him just once. It was 1962. I was an exuberant seven-year old when he and my family sat at the piano together and sang a little song that every New York kid — indeed every Jewish kid in America — knew by heart “I have a little dreidel, I made it out of clay…”

The occasion was especially momentous for me because the composer of the Dreidel Song — the Hanukah tune that was the Jewish equivalent of “Jingle Bells” — was my paternal grandfather, and that joyous moment would prove to be the only time he set foot in my father’s house since 1929.

Everyone knows the Dreidel song. Even non-Jews. Some listeners assume it’s a centuries-old Yiddish folk song that originated in the shtetls but in fact this piece was composed in New York in 1927, by Samuel E. Goldfarb (1891-1978), a pioneering Jewish American songwriter and music educator, with lyrics by his frequent collaborator, Samuel S. Grossman. Fewer people still know much about the other significant Jewish music that Goldfarb had composed in the 19-teens and 20s, before he abandoned his wife and two children on the eve of the Great Depression and headed to Seattle to establish a new identity for himself. Some of those tunes remain staples of Jewish holiday celebrations and worship around the world, yet Sam Goldfarb’s role is seldom acknowledged.

I have vivid memories of that day. Sam was a small, charismatic man full of charm. He was gracious to my parents, Myron and Jetta Gordon, and paid a lot of attention to me. His playing was virtuosic and reflected his eclectic Tin Pan Alley, liturgical and international musical influences. I think he was surprised that I knew the old songs that had remained frozen for decades.

For Myron possessed a treasure trove of this period music, consisting of the original record albums and copies of the Jewish American Songster featuring Goldfarb and Grossman’s music, published in the late 1920s by the Bureau of Jewish Education. My father played those records for me when I was a child and I grew up singing those bible and holiday songs. They were written by a man who had a natural feel for children’s sensibilities (much like my own father): a remarkable tunesmith who could open a lovely musical window into Judaism for a modern child of the 20th century. But I only knew him through my father’s accounts, which were fraught with his own paradoxical feelings of abandonment and admiration. Now, at age 7 I would sing with him for the first and last time. Sam returned to his life as a celebrated choirmaster at a prominent Seattle temple, and to what had always existed in my imagination as his other, shadow family. We never saw him again.

Five years ago my father embarked on an ambitious project to showcase Sam’s musical legacy and celebrate its roots in the pioneering days of Jewish Education with a CD of his music. Now, at 95, Myron’s efforts have come to fruition. Produced by LA’s celebrated producer and performer of Jewish music, Craig Taubman, the album DREIDEL I SHALL PLAY: COMPOSER SAMUEL E. GOLDFARB renews a vital part of Jewish American identity with catchy, humorous holiday songs and hauntingly beautiful liturgical melodies all presented in new arrangements.

My father, Myron (who later changed his surname to Gordon), collaborated with Taubman to enlist the talents of more than 60 top-flight musicians and recording technicians, including three Grammy winners. He was also assisted by several Berkshires-area contributors, including myself and my husband (writer Scott Christianson), web designer Ginger Warnes, CD designer Melissa Mykal and filmmaker John Feldman. In an incredible coincidence, John’s wife, Sheila Silver, is herself a renowned composer and professor at Stony Brook who learned piano as a child in Seattle from none other than Sam Goldfarb!

The album is dedicated to the memory of the great Theodore Bikel, alav hashalom (1924-2015), singer, actor, activist and friend, who passed away shortly after recording an especially touching contribution. The collection consists of 16 recordings by an international cast of performers, including Bikel, Neshama Carlebach, Rick Recht, Laurence Juber (guitarist from Wings), Rena Strober, three world-class cantors, and a host of others. The website, www.jewishamericansongster.com includes extensive liner notes, a “behind the scenes” video trailer, and a video of Theo Bikel in one of his last recorded performances, singing Sam’s song, “Little Candle Fires.”

The website also features song samples and a long essay on the rich historical context of this work. The CD can be purchased in digital or hard copy versions, at https://www.cdbaby.com/cd/driedelishallplay. Craig Taubman is conducting a nationwide concert tour and my Dad is just starting to make appearances to discuss his proud creation.

For Myron, the backstory has proved powerful and therapeutic as well. In reclaiming his father’s early melodies, his odyssey has enabled him to both champion his Jewish roots and come to terms with the conflicted emotions surrounding his father. To my Dad’s credit, the result is a rich and powerful interlude brought back to life, nearly a hundred years later.