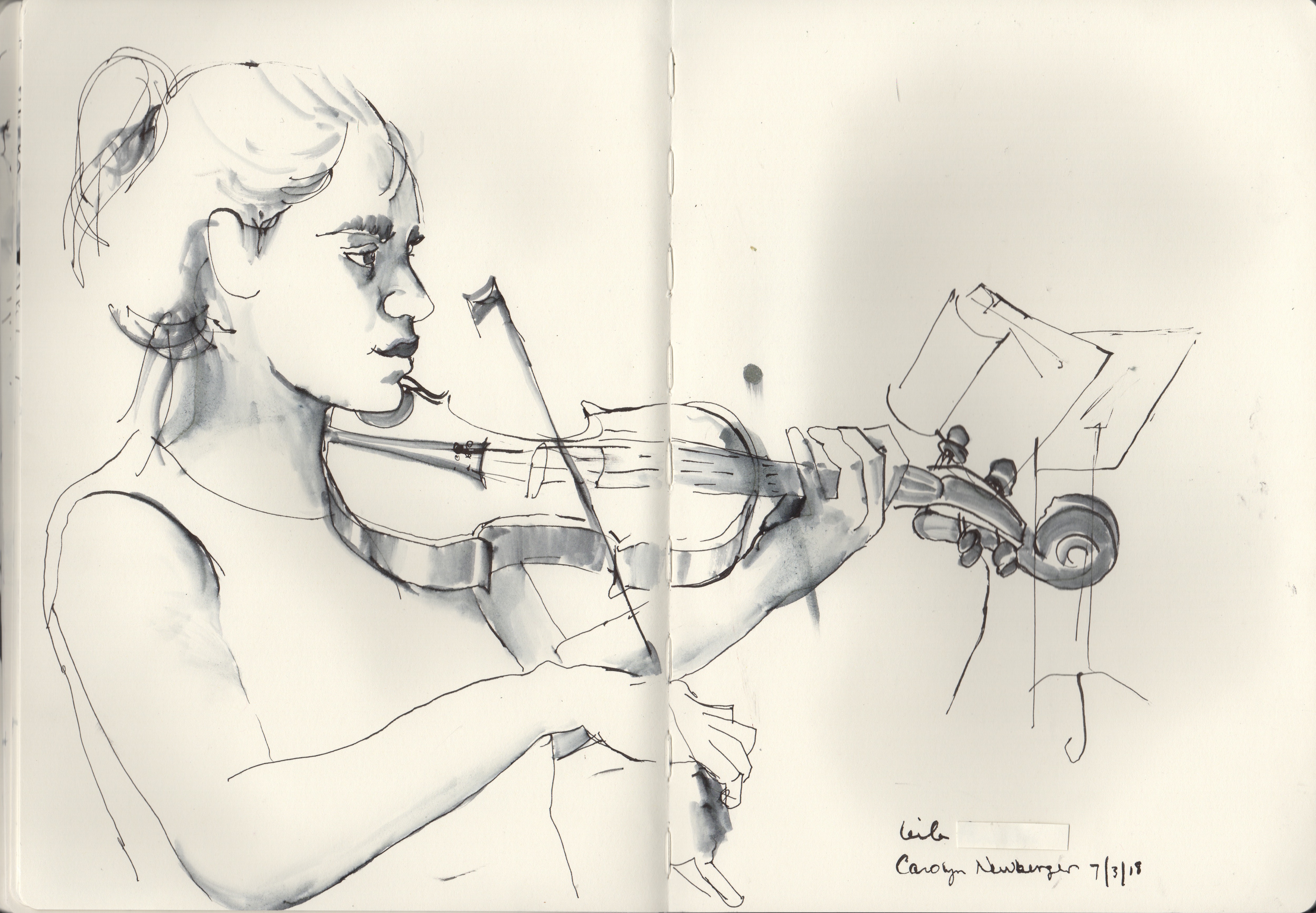 This week in Los Angeles, several young musicians from Pittsfield are playing a concert in Walt Disney Concert Hall under the baton of Gustavo Dudamel, the famed conductor of the Los Angeles Philharmonic.  On July 31, they will be playing the first movement of Mozart’s Piano Concerto No. 20 with Emanuel Ax, and on August 7, they will be playing in Tanglewood on Parade at 4:45 in the afternoon.

In the Berkshires, where great music and great musicians are standard fare, we also have some amazing young local musicians who are enriching our community not just during the summer season, but year-round. These children are participants in Kids 4 Harmony, a groundbreaking program of Berkshire Children and Families that creates opportunities for children in underserved communities through intensive, ensemble-based musical instruction.

Started in 2011 and directed by Alicia Stevenson, over 100 children are served in both North Adams and Pittsfield. A core group of the children are now playing at a level of high musicianship, and have performed in Boston and Los Angeles as part of the larger El Sistema movement in the United States.

As described by Berkshire Children and Families on its website:

“The program is inspired by El Sistema, a visionary global movement that began in 1975 in Caracas, Venezuela. Through intensive, early classical music education, El Sistema’s founder sought to transform the lives of children with little access to opportunity.  Now with a worldwide presence, El Sistema has achieved unparalleled success in teaching children to learn and play orchestral music. The El Sistema approach simultaneously uplifts the children, their families and their communities.”

Berkshire Children and Families is the only child and family service agency in the country to have established such a program.

One need only hear the children play to be uplifted oneself, and to see and speak to the children to know how powerfully becoming musicians has affected them.

I had the opportunity to speak with three of these fine young people.

Fourteen-year-old Leila is entering her first year at Pittsfield High School. She says that Kids 4 Harmony has helped her in several ways.

Because Leila’s first language was Spanish, she struggled with reading, often taking a long time to decipher a paragraph. She reported that she had been called “stupid” by several of her teachers (horrifying).

As she explains, “When it comes to music, you have read and go quickly.” She says that learning to read music made it easier for her to flow through the reading. It helped her math, as well, because: “You have to count and do everything right, and have to be precise in your work. Math is complicated like music, so you have to be careful. One wrong move could lead to disaster.”

Leila is now an honor student, and clearly sees herself as strong and competent.

She plans to continue in music, expecting music to be in her educational and vocational future. As Leila puts it: “I just can’t live without it. It’s brought out the ‘me’ in me. I can’t imagine myself without my violin.”

The other two children I interviewed, who were in rehearsal with their coach, Sean Elligers, were Gerdlie, 14, a rising 10th-grader, and Geivens, 12, going into eighth grade. These young violinists are cousins, along with Gerdlie’s sister, Gerdrose, a gifted cellist. As with Leila, they are part of the Elayne Bernstein octet, the program’s advanced chamber ensemble, named for an inspiring philanthropist and early devotee of the program. Her daughter, Donna, carries on her mother’s legacy as a member of the Kids 4 Harmony advisory committee.

Gerdlie also sees her future in music, though she loves art, as well. She is thinking about conservatory and a career in music or art therapy or in psychology. This orientation to helping others is part of her life as a musician, where she mentors the younger students. She feels especially grateful for the opportunities to learn techniques from a variety of teachers during the ensemble’s travels, and told me that, “I try to pass it on to other people, like in my Pittsfield High School Orchestra.”

Geivens has stood out since the program began for his natural musical ability. Full disclosure: My husband, Eli, and I were among the founders of the program, and we follow the progress of the children enthusiastically. I remember that when Geivens was about 8 years old, he was asked to conduct an excerpt of the William Tell Overture. This small boy stood in front of the ensemble and conducted while playing his violin, in perfect tune, with no music, not missing a note.  We were mightily impressed!

When asked about what music means to him, Geivens has a lot to say: “I love music because I like how you can have different genres and it will bring people together and make them happy, like people on the street making their own instruments with buckets. It brings out the creative side to people.”

In regard to himself, Geivens’ musical generativity is clear: “Music opens routes to different types of sounds and rhythms — rhythms I’ve never heard, rhythms I never knew about. I feel like I’m a musician.”

These young musicians make me swell with pride for them, and for the team of musician/teachers that so inspire them: Alicia Stevenson, Courtney Clark, Jorge Soto and Sean Elligers.

On July 31, the children will play with Emanuel Ax, himself a passionate champion of the role music can play in elevating the lives of children. The occasion will be the Kids 4 Harmony gala at Berkshire Community College. Early purchase of tickets is advised as last year’s event was sold out.