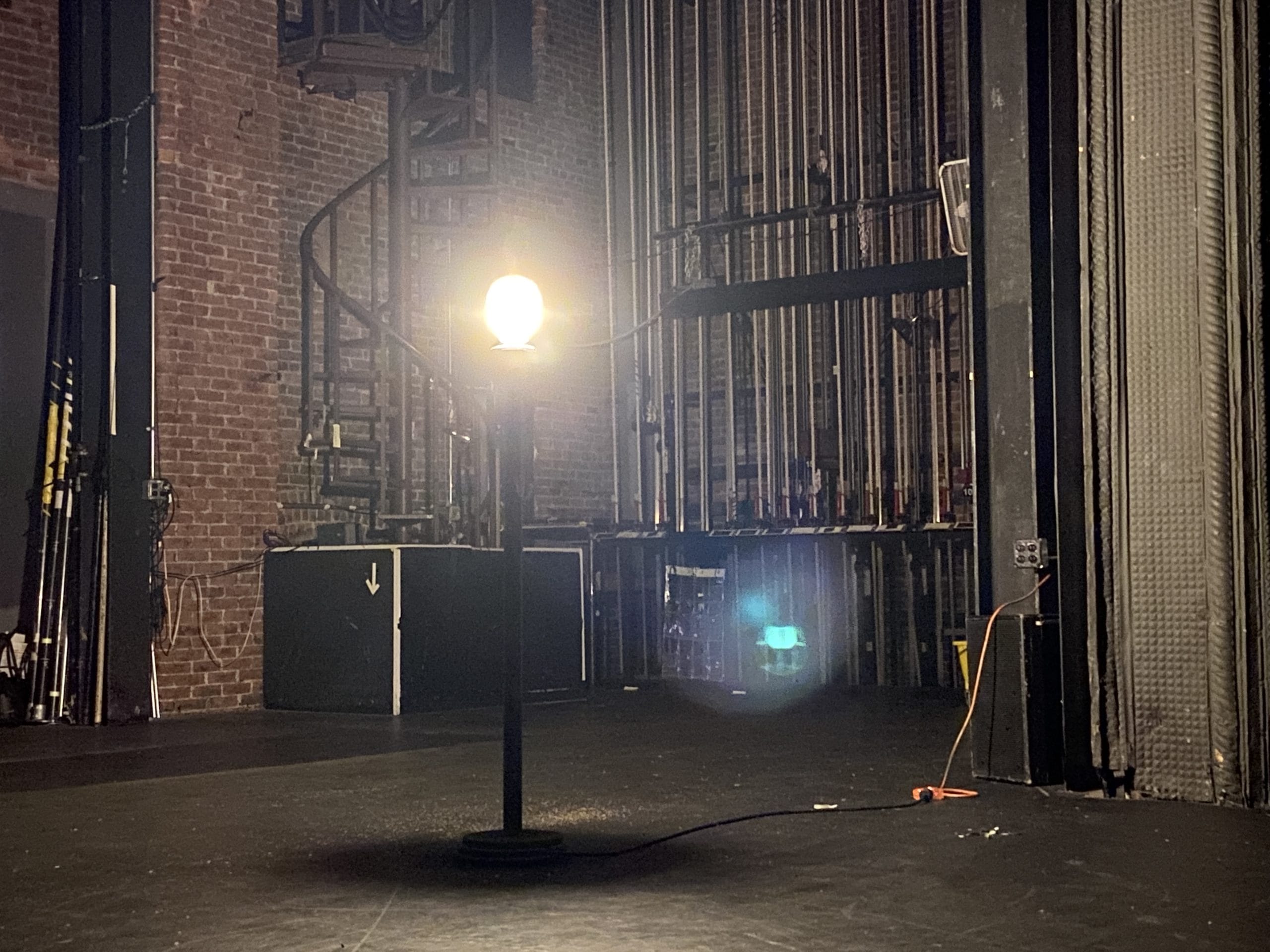 9/11 resulted in Broadway going dark for two days, which was unheard of at the time. The coronavirus pandemic has shut theaters all across America, like the rest of the world, for months at least. What’s beyond that is anyone’s guess. Some musical hits like “Beetlejuice,” which won’t see their closing dates announced pre-pandemic, will simply cease. Others that hadn’t formally opened or that were only in preview before New York closed its theaters, like the West End import of the gender-revised “Company” and Ivo van Hove’s bold take on “West Side Story,” will presumably (emphasis added) re-open. Others, like Lincoln Center’s original musical “Flying Over Sunset,” have gamely postponed a new opening date from spring to fall.

Closed American theaters from coast to coast have responded with an explosion of digital content and “virtual” theater: online podcasts, Zoom concerts, webinars, live-streamed video performances and staged readings, and web-released archived dramatic and musical performances. Some, like American Repertory Theatre in Cambridge, Massachusetts, a vital regional venue for development of Broadway-bound musicals, have repackaged rehearsal clips from past shows, such as “Waitress,” which A.R.T. gave its pre-New York run. Williamstown Theatre Festival in the Berkshires in Massachusetts, which has premiered numerous productions that have moved to New York, including “The Bridges of Madison County,” intends to produce its entire summer season with full casts — including an original musical — with Audible, a leading audio production platform.

Demand for recorded versions of full-length musicals has skyrocketed according to Bonnie Comley and Tony Award-winning producer Stewart Lane, co-founders of BroadwayHD, which has a library of 250 plays and musicals. In the month following when U.S. and European cities had shut down, BroadwayHD’s subscription service has seen 20 times more traffic than the same period last year, and its international subscriber base has increased 500%. Comley and Lane started BroadwayHD, said Comley: “because after a show closed, I always felt it should be seen by more people … especially those who can’t afford Broadway theater or who can’t get to New York … it’s not a replacement for live theater, but it does create opportunity for audiences to experience recorded live theater.”

Whenever audiences do return to “real” theater, what will have been the effects of the pandemic and the ensuing recession on musical theater production? Producer Anita Waxman (“Escape from Margaretville,” “Dr. Zhivago” and “Hello Dolly”) is blunt: “The question is not ‘what kind of economy do we have,’ but ‘do we have an economy?’” Pressed that surely there will always be a Broadway, Waxman suggests that large, corporate financiers “could exert greater control.” She observes that after the Great Recession of 2008: “a booming economy lowered the barriers for entry for many new individual producers that didn’t already have a theater portfolio. In the future investors in musicals will be looking for lead producers who have a track record.” Waxman is still targeting her next project, “Marie” (formerly “Little Dancer”), about Degas’ famous ballerina subject, with lyrics and score by “Ragtime” team Lynn Ahrens and Stephen Flaherty and directed by Susan Stroman, for Broadway 2021. As for budgets for musicals, Waxman is clear: “To keep musicals viable, we’ll have to somehow shave costs.”

Could new, alternative forms of funding emerge? Producer Jana Shea (“Gentleman’s Guide to Love and Murder,” “Side Show,” “Gypsy” in London with Imelda Staunton and the drama “Slave Play”), who self-describes as “an optimist,” sees positive change in the long term. “As producers, we need to make it more palatable for investors to invest in theater.” Shea, who is dedicated to theatrical projects illuminating the stories of women and minorities, envisions new concept-driven funds for theater development. The crisis is “a time to think outside the box … theater doesn’t have to happen in the 10 square blocks called Broadway.” As for musicals, especially with their “astronomical capitalization … everyone will have to give a little.” Shea’s newest musical, “Lempicka,” about the Russian-born Art Deco portraitist, which had an initial run at Williamstown Theatre Festival in the summer of 2018, was slated for an out-of-New York run in San Diego, California, at La Jolla Playhouse this summer, which has been postponed. “We remain nimble in shifting timelines, but won’t let this crisis prevent us from bringing this important piece to life,” Shea said.

One of Shea’s “gravest concerns” is the survival of smaller, nonprofit theaters in the supply chain of new theater, particularly musicals. “We cannot do what we do with development, which takes years and years” without regional, nonprofit theaters. Bernadine Griffin, managing director of the Fifth Avenue Theatre in Seattle, America’s largest nonprofit regional theater dedicated to musical theater, knows better than most the role regional theater plays in the development of Broadway musicals. Her stage has been the “out-of-town” venue for almost a dozen Broadway musicals, including the new “Mrs. Doubtfire” that was supposed to open in New York this spring, as well as Waxman’s “Marie.” Development of new musicals, acknowledges Griffin, is “a fragile system, even on a good day.” Julianne Boyd, artistic director of Barrington Stage Company in Pittsfield, Massachusetts, whose theater developed “The 25th Annual Putnam County Spelling Bee” and launched the last Broadway revival of “On The Town,” echoed a similar concern: “The pandemic’s fallout will definitely slow down the process of developing new shows … everyone will be cutting back.”

Still, both are resolute about the regional survival of their theaters. “We have the pillars in place in our community,” said Griffin, pointing to an aggressive outreach of educational theater programs in Seattle and Washington state (where the coronavirus first appeared in the U.S.) and a vital urban “communicative and collaborative arts sector.” Community roots, loyal subscribers, and corporate and individual donations will sustain many nonprofit theaters, but there will be casualties.

With the likelihood of tightened budgets and more risk-averse investors, will surviving theater companies present more risk-averse and less experimental fare in the future? Will the “jukebox musicals” and perennial revivals that increasingly populate Broadway become more prominent? One school of thought is that after — or with a protracted pandemic — audiences will eschew the “serious musical” like “Dear Evan Hansen” or “Jagged Little Pill” in favor of entertaining extravaganzas like “Moulin Rouge” or well-known favorites like “The Music Man,” still scheduled for an opening on Broadway this fall. Allyn Burrows, artistic director of Shakespeare & Company in the Berkshires in New England, asserts the virus need not result in escapist fare: “Shakespeare survived two plagues … he mixed pathos and comedy. People may be readier for serious material now that the film has been ripped off their eye to really see the fragility of the world.” As Fifth Avenue’s Griffin sees it, whose theater launched into the world the playful, uplifting “Hairspray” years ago, “audiences will always want something that touches the soul.”