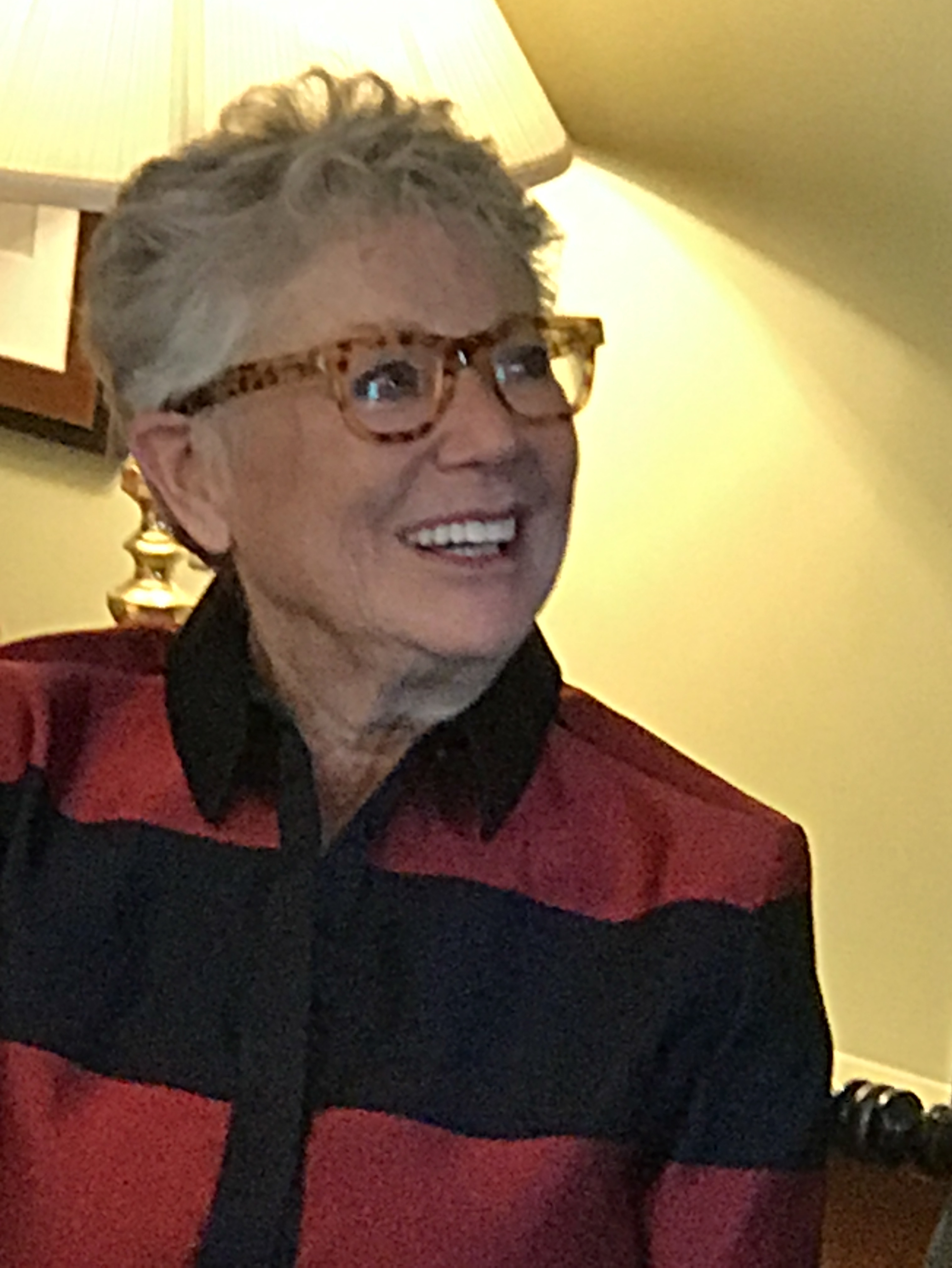 Not only did most of the performers reside in this town of 1,300, but also the event commemorated the 75th birthday of a champion of the ancient building’s restoration, Sybil Pollet. In this resonant, historic Town Hall, constructed in 1854 as a central gathering place for its citizens, the buzz of excited greeting exceeded the contemplative anticipation one experiences in anticipation of chamber music recitals at, say, South Mountain Concert Hall in Pittsfield. On this gorgeous, mild, and colorful afternoon, venue, celebration, and program conspired to produce a seamless sequence of musical delights.

A succession of virtuoso morsels focused on an unusual theme, the classical expressions and reverberations of tango, and the well pedigreed players were up to its challenges. The brevity of the works was given emphasis in a rare program note: the number of minutes each. Away, boredom!

The first half of the program featured solos and duos, beginning with the Two Tango-Etudes for Violin by Astor Piazzolla, performed solo by Boston Symphony member, Sheila Fiekowsky, admired for her chamber work and generous contributions to the greater community, such as the Kids 4 Harmony program of Berkshire Children and Families.

The Piazzola was followed by Jacque Ibert’s charming Entr’acte for Violin and Harp, on which Fiekowsky partnered with the renowned Williams College artist and teacher, Elizabeth Morse.

This was followed by another solo and duo pairing: with a solo cello tour de force, Omaramor, by Osvaldo Golijov, given by the noted chamber and orchestral master, William Rounds, and The Jet Whistle, by Hector Villa-Lobos, for flute and scordatura cello.

This demanding work called on formidable technical skills by the master flutist, Linda Toote, principal with the Boston Lyric Opera and familiar guest on flute and piccolo with the Boston Symphony. Because the cello had to be re-tuned down a step – with the A string brought down to G, etc. – there was a convenient interval, during which Ms. Toote, also a gifted musicologist and comedienne, took full advantage. She gave a sparkling, extemporaneous lecture-demonstration on “extended techniques” on the flute. Overtones of thirds and fifths that produced a splendid oompah-pah waltz rhythm; bird calls; words spoken into and across the mouthpiece, weirdly warping human speech; and blasting air directly into the embouchure, producing shocking mechanical blasts and the eponymous jet whistle. When Bounds returned, re-tuned, as Toote predicted, he was able easily to sound the deep B that Villa-Lobos scored.

With sensitivity and intelligence, Sheila Fiekowsky probed the subtle resonances of ancient, modal melody and romantic harmony in the first of the Piazzola Tango-Etudes. She adorned its phrasing and gentle rhythms with affecting rubato, counterpoising the preceding conversational clamor with reflective thought and deep feeling.

The second piece, a forthright, 6/8, minor tango, redolent of the rich, balletic, Piazzola oeuvre, had brilliant character, with exciting dynamics, myriad unexpected accents, and a clear melodic thrust over a parade of riffs, on repeated 1, 2, 3, 4’s approaching the final, surprising, major cadence. She brought it off with sublime panache.

Elizabeth Morse gave her all to Ibert’s Entr’acte, attending thoughtfully to its Ravellian washes and prevailing minor sensibility and to its flowing 6/8 rhythms.

The sense of sympathy with Fiekowsky was extraordinary. Morse’s marvelously warm sound and delicate expression of a cascade of ornaments complemented perfectly Fiekowsky’s cooler, linear violin lines, with different vibratos dressing up the intense emotional flow of the work.

As implied in the preceding Tango-Etudes, Spanish dance was enveloped in French romanticism. It, too, ended in a satisfying major cadence. The two works, like the performers, were splendidly paired.

Salzedo’s solo harp extravaganza, Chanson dans la nuit displayed an encyclopedia of technical effects, from clouds of chords to bold processions of triads, to sweet evocations of night-time guitars, and dazzling excursions from deep bass to high treble pluckings. Only a gifted interpreter could make musical sense of what in other hands would come across as a gimmicky showpiece. Morse subordinated the glitter and glamor to heartfelt emotional expression, and one couldn’t wait to hear her next appearance.

William Rounds’s performance of the Golijov cello tour de force began in a meditative, wistful, exploratory manner and developed into a dramatic, sweeping display of emotions and pulsating palette of predominantly 6/8 rhythms. There were glimpses of cantorial song, Tango, and contemporary polyphony, voiced both sweetly and in astounding conjoint pizzicatos and legatos as well as swooping thirds, and double-stopped, dissonant glissandos. Rounds played the echo in the hall impressively, creating a swirl of surround sound and auditory microclimates from gentle rain to hurricane. This was musical wizardry of a high order, with just the right touch of sentimentality to balance the acrobatics. As well, it was Golijov, the young composer, at his finest, displaying in experimentation and daring an expanding capacity for serious narrative.

The “extended technique” flute sound in Villa-Lobos’s Jet Whistle blew at the very end of this delightful eleven-minute flute-cello duet, a characteristic brew sampling the composer’s Copland- and Stravinsky-esque harmonic and rhythmic influences overlaid on Brazilian dance. It was an apt locomotive to speed the crowd to the intermission.

On our return, Fiekowsky and Morse gave a soaring rendition of the familiar Saint-Saens Fantaisie for Violin and Harp, Op. 124. They brought real sympathy to this late Romantic work, replete with lush harmonies and moving snippets of melody. Their contrasting sonorities were especially appealing here, in intertwining counterpoint and enveloping floods of feeling.

Astor Piazzola’s Tango oeuvre has conquered the worlds of jazz, pop, and dance, and these three pieces, but 13 minutes in total, sampled attractively the core elements of his style.

A brilliant clarinet player, Catherine Hudgins, who led her friends in formulating the entire program, conveyed a panoply of emotions with a purity of sound and an amazing delicacy of dynamics (avoiding as well, the easy Benny Goodman cutenesses of vibrato and tremolo). An accomplished accordionist, Katherine Matasy, gave voice to the composer’s favorite Argentinian squeezebox, the bandeleon. In this performance of these pieces, there was intimacy, danceability, and just enough intellectually challenging complexity to justify Piazzola’s presence on the classical stage.

Fiekowsky gave an appealing gestural introduction to the third Tango (She crossed herself!), a very demanding display piece for violin and quartet, which emulated a Tango ensemble in full cry.

The audience responded with a delighted ovation, and the performers clapped back to them and played an encore, their own Tango version of “Happy Birthday.” This West Stockbridge institution met its ancient purpose nobly, and the celebrated birthday girl had reason to be proud.