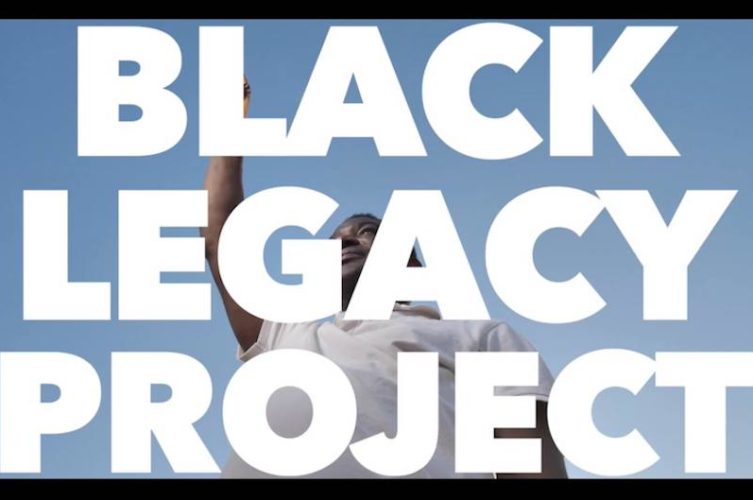 SHEFFIELD — Last summer, during the height of protests across America in response to the death of George Floyd, Todd Mack became intensely focused on a set of Bob Dylan songs. Written in protest to racial injustice, inequity, and inequality — some dating back to the early ‘60s — the songs elicited a slew of questions from Mack: Who is this white guy, from the middle of Minnesota, to be speaking with such authority? Who is he writing these songs for? Who is supposed to be listening? And who is supposed to be responding, and taking [the lyrics] as a call to action? This internal rhetoric eventually led Mack, the founder of Music in Common (MIC), to another idea: Wouldn’t it be interesting if there were Black artists who, by recording them, took ownership of these songs? That seed has sprouted into the nonprofit’s newest venture, a groundbreaking racial equity project based in the Berkshires.

The Black Legacy Project, an innovative musical collaboration that celebrates Black history and builds solidarity to advance racial justice, equity, and inclusion, will debut in the Berkshires later this month. The national project, produced in partnership with community stakeholders at the local level, is part of Music in Common’s Past. Present. Forward. conflict transformation initiative. The goal is “an intentional approach to talking about race relations in the United States between Black and white people,” said Mack, who handed the project off to Black LP co-producers and Music in Common Senior Fellows Olivia Davis and Trey Carlisle.

“Olivia and I began reflecting on [this idea] at a time when so many Black Americans [including us] were grieving over the loss of George Floyd, Breonna Taylor, Ahmaud Arbery, and Chadwick Boseman — who wasn’t a victim of police brutality but who embodied, through his art form, the spirit and the legacy and the history of so many Black Americans who he honored with his craft,” said Carlisle in a recent interview. This, coupled with a newfound awareness and worldwide reckoning with the history and the legacy that Black Americans have laid throughout their experience in the United States — one inclusive of “fighting for social change, fighting for making this nation one that embodies equity and belonging, that embodies liberty for all Americans” — became the motivation the pair needed to dive in head first.

“Music, being a universal language, [is an apropos platform] for Black Americans to make our stories, our experiences, and our ongoing fight for social change and healing in this nation heard,” Carlisle explained, pointing to the use of the past and present as integral to building a better future. In fact, the power of music to bring together — and foster empathy between — diverse communities is what drew him to MIC in 2016. Five years later, The Black Legacy Project will launch in the Berkshires with two online roundtable discussions.

On September 13, participants will analyze and discuss the song “Strange Fruit” and “My Country ‘Tis of Thee.” The former was written by Abel Meeropol, a Jewish man and close friend of W.E.B. Du Bois (and made famous by Billie Holiday who, in addition to performing at the Music Inn, closed each of her shows with this piece). The latter, a poem by Du Bois, reflects the Great Barrington native’s action against lynching in the early 20th century. On September 14, participants will do the same with a pair of freedom songs: “Lift Every Voice and Sing” by civil rights activist and leader James Weldon Johnson, who composed much of his work at a cabin in the Berkshires (that still stands), and “We Shall Overcome” by Pete Seeger who, in addition to his myriad performances here, is closely linked to the Berkshires through a deep connection to the Guthrie family. These songs were chosen as avenues to explore the theme of hope. Both roundtables are free and open to Berkshire community members ages 14 and up. Registration is required.

“[Each of these artists] dedicated their lives, and their vocations, to building a world of belonging and fostering solidarity between Black and white Americans to advance racial equity,” Carlisle said, drawing a direct connection to the four pieces selected as “powerful tools for residents to explore the Black legacy in the Berkshires.” Recording for the project will begin in November and take place at Berkshire Community College’s brand new recording studio on its Pittsfield campus. Berkshire mainstays Wanda Houston, Billy Keane of The Whiskey Treaty Roadshow, Annie Guthrie, and Gina Coleman are just a handful of the musical co-directors and musicians the project will feature. Musicians interested in getting involved with the project can apply online. A documentary short will also be produced.

The Black Legacy Project came from MIC’s newly-launched Youth Leadership Cohort (comprised of a dozen individuals across the country between the ages of 15–23) “who are really running the organization these days,” Mack said, partly in response to the pandemic and equally as a means of looking “way down the road … [insofar as] succession and sustainability of the organization is concerned.”

Since 2005, Music In Common — a non-profit organization that repairs the fractures dividing communities worldwide through collaborative songwriting, multimedia, and performance — has directly served thousands of people in more than 300 communities across the globe and across religious, ethnic, cultural, and racial sectors. The organization was founded by singer-songwriter and producer Mack in response to the murder of his friend and bandmate, Daniel Pearl, the Wall Street Journal reporter abducted by terrorists in Pakistan in 2002.

“I don’t think it’s realistic to think that, in my lifetime, the need for this kind of work is going to go away,” Mack said, offering a more specific lens through which to view the work at hand, namely the quantity and the urgency with which the work is needed. “It’s a lifelong commitment.”

For Carlisle, the work is as vital as it is timely. “When I think about my heritage, as a Black American, I see the ongoing call of my ancestors to make the world better for future generations. I am a part of this legacy … of doing my part to advance more peace, love, equity, and justice within the world — to pass on a better world to the next generation than we had; that is the legacy and the responsibility.”