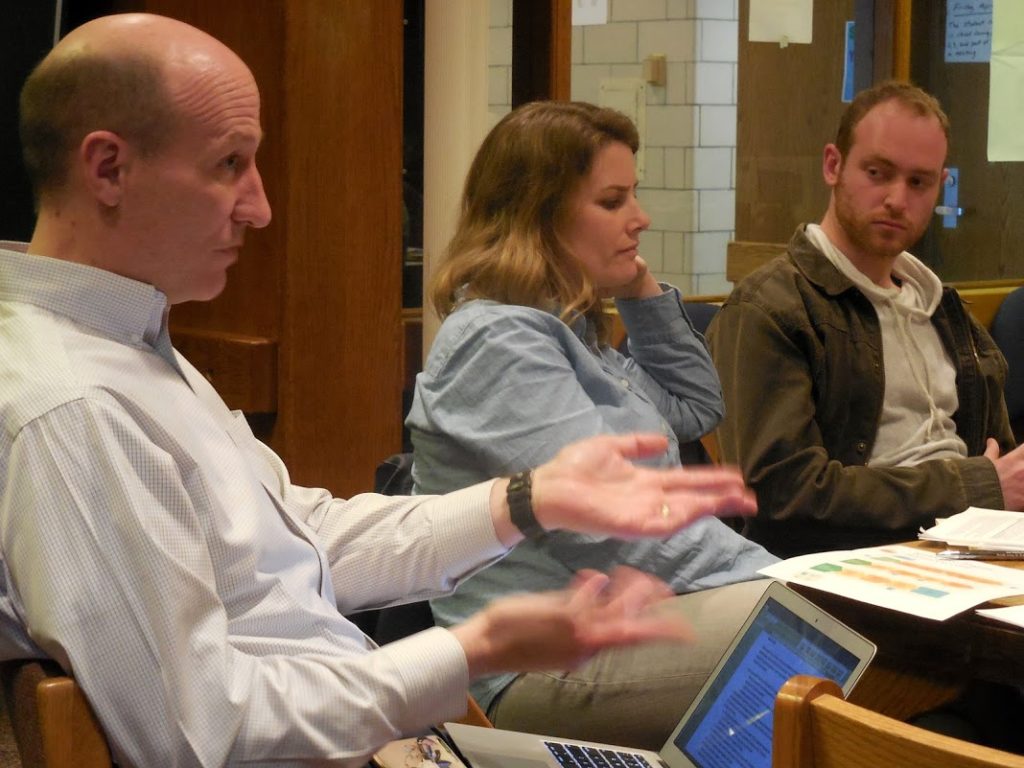 Great Barrington — Monument Mountain Regional High School Principal Douglas Wine has announced that he will not return for the next school year.

In a note emailed to the school community at about noon Tuesday, Wine expressed his regrets:

A note from Principal Doug Wine:

It is with sadness that I write this email to all of you. I accepted the job at Monument Mountain to move closer to my wife’s family in Connecticut and to anticipate my wife’s selling our house and joining me soon. In the past few months, a few personal and medical issues have arisen that have made her ability to move here and my ability to stay pretty unlikely.

When I returned home this Spring Break it became clearer to me that we need to be in New Mexico. There is such important work happening here that it has been a very difficult conclusion to finally come to, but I have decided I cannot return next year.

There will obviously be some transitional items to work through, and as we work through those, I am still working out graduation exercise details, evaluations, approvals, and budget items.

Thank you for this year and the opportunities it has provided.”

Wine’s resignation puts the Berkshire Hills Regional School District on the horns of a dilemma. Wine was hired last June to replace Amy Rex, who had been on the job for less than a year when she accepted a superintendent’s post in Vermont that April.

Rex had replaced longtime Monument Principal Marianne Young, who announced her retirement in 2017 after leading the school for a total of 16 years. It remains to be seen whether the district will attempt to hire a permanent principal or an interim leader.

Before coming to Monument last year, Wine was principal of Bishop Dunne Catholic School in Dallas, Texas. Before being appointed in 2016 to head Bishop Dunne, Wine was principal at Moriarty High School, a public school in Moriarty, New Mexico. As recently as June 2014, he was principal at East Mountain High School, a charter school founded in 2000 in Sandia Park, New Mexico. Wine has also taught English at the Santa Fe Indian School, a boarding school established by the federal government and funded by the U.S. Bureau of Indian Affairs.

In a brief message to The Edge, superintendent Peter Dillon said, “I appreciate the work Doug put in this year to raise challenging questions and support our growth. I wish him the best in his transition.”

This story will be updated as more details become available.