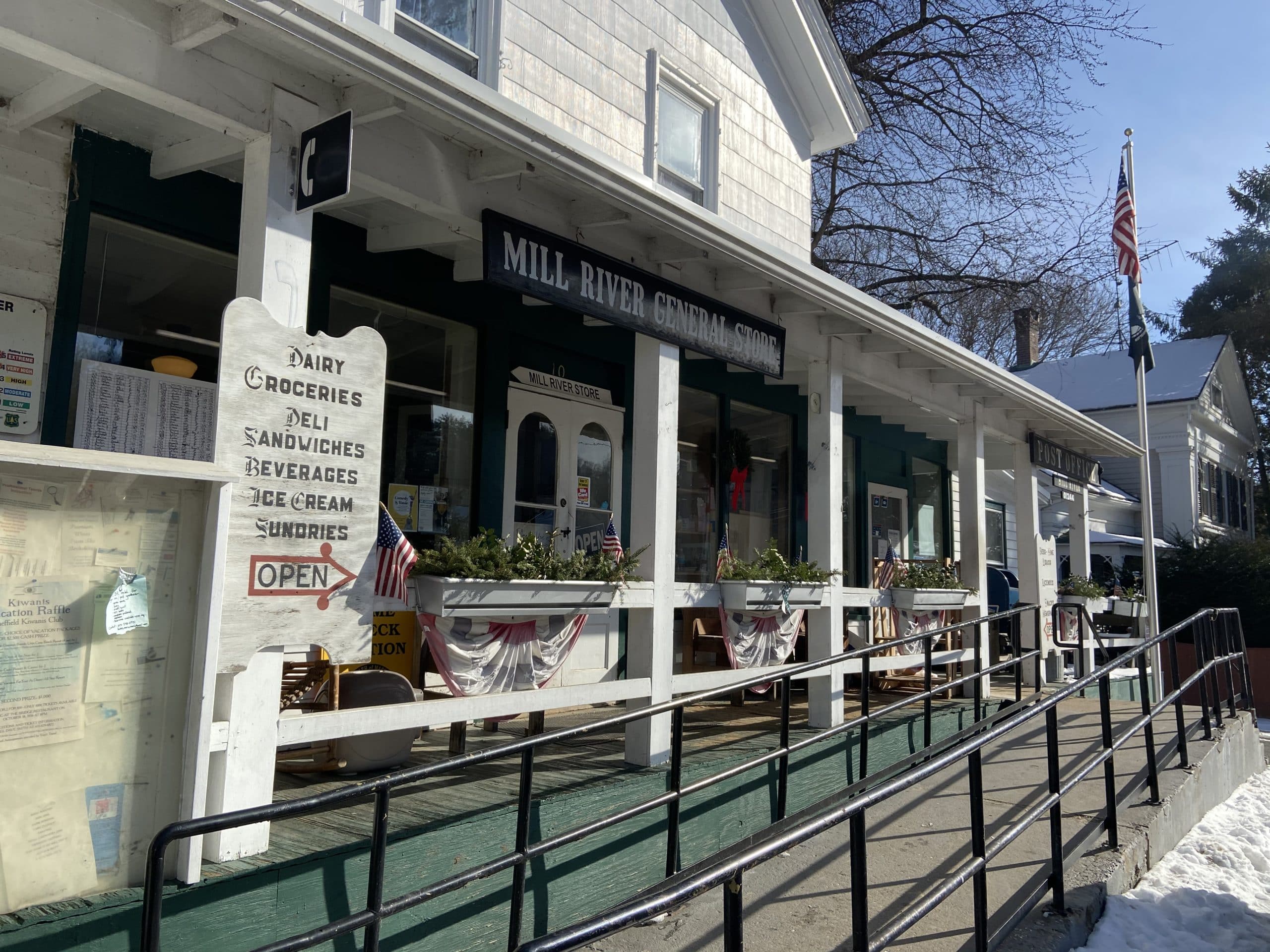 Mill River — The Mill River General Store, which closed at the end of January, reopened the next day under building owner and previous business owner Dave Herrick.

Herrick has owned the building for 28 years and ran the store for 25 of those years until 2017, when it was taken over by Jessica Holcomb. Due to a lack of support from financial institutions and needed renovations, Holcomb was forced to hand the reins back over to Herrick at the beginning of February 2020.

Currently, the Mill River General Store is not carrying as many products as before. However, newspapers, an assortment of chips and milk are still available. Herrick has already acquired his dairy license but is still waiting on his tobacco and liquor license in order to begin selling those high-demand goods. “In Massachusetts, you have to have a license to breathe,” joked Herrick.

Upon Holcomb’s departure, she took with her all the deli equipment, for she “owned everything in the building, the tangible stuff, other than shelves that were attached and fixtures,” said Holcomb.

According to Herrick’s official letter from the town building department, the repair of the handrail/guardrail on the ramp, replacement of porch floorboards, installation of emergency lighting and a carbon monoxide detector, repairs to the staircase, fire escape and trip hazards were among the renovations that needed to be made.

All of these repairs required an application for a building permit, and according to the building department letter, “the violations that require repair for the M/B Use [Mercantile/Business], shall be completed within 60 days of receipt of this order.”

However, while conducting these renovations, Herrick was able to continue to operate the store. “We usually give people an opportunity to fix things,” said Wright.

By the end of March, “the Board of Health and the building inspection portion of it [the renovations] are all done.” The timbers have been replaced, as well as leaks in the roof which were presented in the previous building inspection in October 2019.

In addition, Herrick has dealt with the trip hazards by strategically placing his drink coolers on top of them. “The trip hazard now is gone, and it will stay gone because there’s going to be more coolers,” said Herrick.

After ownership of the store switched hands, the Post Office, which had previously shared space inside the Mill River General Store, merged with the Southfield Post Office several miles away.

Herrick is determined to get the Post Office back, however. According to Herrick, Holcomb told the Post Office that the store would be vacant. “That panicked them into thinking that anybody walking in here would be a liability for them if they fell or did something, so they decided to move,” said Herrick.

In an attempt to get the Post Office back in Mill River, Herrick constructed a wall separating the store from the post office, eliminating the possibility of any liability on his side of the building.

Despite the barrier, Herrick claimed the Post Office also required him to have the store operating. But without the typical number and variety of products for sale, the Post Office questioned the viability of the store and has yet to return.

While the store is officially up to code, the Post Office still requires work. However, the postal service is “apparently too busy to let us in,” said Herrick. Without access to the Post Office section, these repairs will have to wait, and the Post Office cannot return to Mill River.

The store’s reopening caused a bit of confusion among members of the community, for customers weren’t immediately aware Herrick had taken back control. However, just as the store began to see the return of its regulars, the COVID-19 pandemic discouraged people from going out.

While Holcomb misses “the people and the ability for the community to congregate and socialize with each other” that came with running the store, she is “grateful economically and financially that I’m not having to deal with all the stuff that all these other small business owners are.”

Before the COVID-19 pandemic, Herrick would typically sell 15 to 20 newspapers weekly. However, now he only sells between five and six papers. People “aren’t coming out at all,” said Herrick.

Regardless of the pandemic, the Mill River General Store will continue operating its normal business hours, Monday through Saturday 7 a.m. to 3:30 p.m. and Sunday 7 a.m. to noon. However, full access to the store is temporarily restricted. Newspapers are now located on the porch for purchase with a money receptacle.