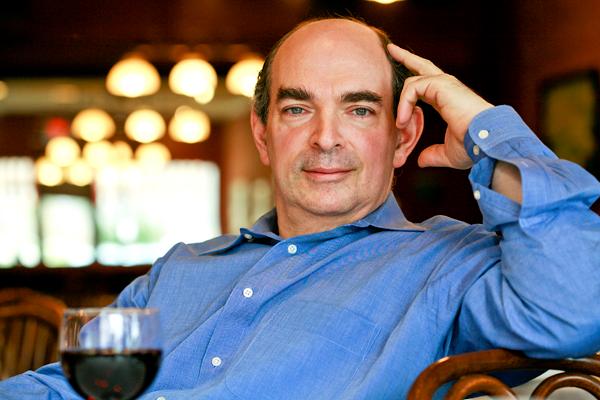 His interest in food began as a child, helping his mother, who was a great home cook, and continued in the student-run dining co-ops at Oberlin College.

After beginning his cooking career in New York City, he was drawn to the Berkshires, where his parents had a summer home. His first job here was as chef of The Williamsville Inn in West Stockbridge. When the inn was sold a year later, in 1985, he returned to NYC, hoping to return to the Berkshires soon.

When he opened the Castle Street Café in 1989, it was the only white tablecloth restaurant in a town that offered few other dining choices. The Café laid the groundwork for the incredible proliferation of other restaurants that have made Great Barrington a dining mecca. Castle Street was a place where both locals and New Yorkers felt at home, and it became a center of the community.

Right from the start, and long before the phrase “farm to table” was coined, the restaurant featured locally grown ingredients, and the backside of the menu proudly listed the sources.

When the Café had the chance to expand, the Celestial Bar became the only venue in the Berkshires with live jazz every weekend, featuring the best of the area’s musicians.

For seven years he was the Roundtable Chef on WAMC, where he taught cooking on the radio. In 2008 Michael published “The Castle Street Café Cookbook,” followed by a memoir, “A Chef’s Life,” in 2014.

Michael Ballon also contributed articles to The Edge. To read one of his recipes, click HERE.

Michael enjoyed living near Mt. Washington State Forest, where he hiked and skied regularly. He also loved to travel, especially to our National Parks.

In 2017, after a long and circuitous route, he reunited with and married his wife Julia Kreilkamp, who he first met over forty years ago, working in the kitchen at Oberlin College.

Michael is survived by his wife Julia, who cared for him in his illness, brother David and his wife Karen Reisler, sister Elizabeth Mariscal and her husband George, sister-in-law Linda Ballon, niece, nephew, three stepchildren, and cat Yoda. He was predeceased by his brother Jon in 2017.

Contributions in his memory may be made to Compassionate Care ALS at ccals.org. or P.O. Box 1052 West Falmouth, MA 02574.

A memorial gathering will be held at a later date.