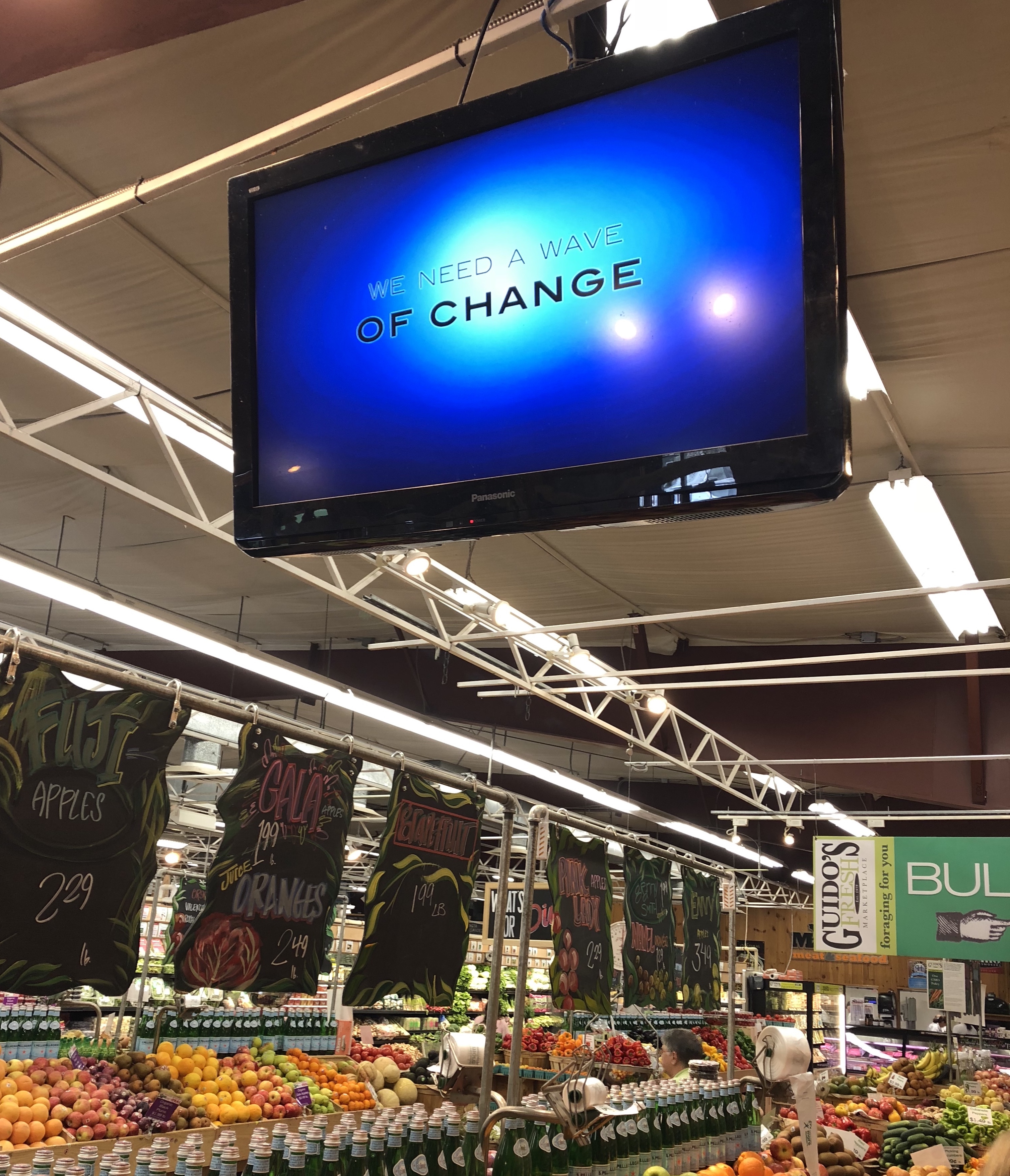 Great Barrington — As the town prepares to implement its decision to ban the sale of small single-use plastic water bottles — despite a last-minute attempt to thwart the initiative that had been adopted at the May Annual Town Meeting — some local businesses are embracing the embargo by installing water refill stations where customers can fill up their reusable water bottles.

“We’re very sensitive to the issue, ” explains Will Curletti, owner of Fuel Coffee Shop. “We have had a free water station since before the ban. We’re going to see if Berkshire Mountain Water would like to sponsor the water station, but if not we will use tap water.”

Still, he added, it will take a while to recalibrate our reliance upon  plastic service items.

“Plastic is kind of ubiquitous at this point,” he noted. “We still sell iced coffee in plastic cups. So this ban on plastic water bottles is just a beginning.”

Adam Sugarman, customer services manager at the Berkshire Co-op Market agrees that the ban is just a start.

“The Berkshire Co-op has offered a refillable water station for over a decade, because there was a demand for people to have access to water they can trust. It’s almost like a gesture,” Sugarman said.

And although located in a passageway in the back of the store and a refill that costs 50 cents (25 cents for Co-op members), the Co-op’s water station has been a very popular service, he said.

“We have a lot of people who have been bringing glass jugs, plastic jugs, whatever jugs they care to bring to fill up with clean water rather than drink their tapwater at home or buy bottled water,” Sugarman noted.

The Berkshire Co-op prides itself in pursuing environment-friendly alternatives, he added. Prior to the plastic bag ban adopted at the 2014 town meeting, the Berkshire Co-op was already charging 10 cents for individual paper bags and money was never the goal.

“The money was donated to an organization that planted trees,” Sugarman explained. “And it encouraged customers to begin reusable bags. It doesn’t eliminate plastic. It didn’t solve the world’s problems. But it increased awareness a lot.”

Raising awareness of the proliferation of plastic waste is what Matt Masiero, co-owner of Guido’s Fresh Marketplace, attempted to do at the August 6 special town meeting that had been scheduled to consider a repeal of the plastic water bottle ban.

Masiero favors the ban although his business stands to lose about $25,000 in revenue a year. His position is that of a business owner who is ready to adapt by investing time and energy into solutions, rather than lament in the financial losses and initial inconveniences.

“We had written a letter to the editor,” Masiero said, “and I was going to go up and read that letter at the special town meeting for that those who had not had the benefit of seeing it.”

As it turned out, Masiero, a Richmond resident, did not have an opportunity to present his letter. Moderator Michael Wise wanted to give town residents a chance to voice their views first, and then by the time Massiero’s turn came round again, the question had been called – meaning that a vote had been taken that ended discussion. Click here to the text of Massiero’s letter as it appeared in The Edge.

Guido’s plans to be finished selling bottled water in plastic containers of one liter or less by the first of the year, not only in Great Barrington, but at its Pittsfield location as well. Guido’s is replacing plastic cups with composite corn-based containers, which they already offer to customers at a discount and sell to employees at cost.

This is not a profit-oriented scheme. “We’ve got to do something,” Masiero insisted. “We can’t kick the problem down the road to the next generation. We have bigger problems we need to start dealing with and this is just a start.”

When the ban goes into effect next year, Great Barrington will become the third community in the United States to prohibit the sale of small single-use plastic water bottles.

In August 2015, marine biologist Christine Figgener filmed her team removing a plastic straw from a sea turtle’s nose. That video now has over 32 million views on YouTube. This began a movement to eliminate plastic straws that now includes the participation of companies such as Starbucks and American Airlines. Sugarman and Masiero credit environmental documentaries as playing a role in peoples’ current awareness of the effects of plastic on the environment.

Masiero cited the impact of one documentary in particular, “A Plastic Ocean.”

“Just watch,” Masiero states with passion. “It’s really amazing. It’ll change your whole outlook.” He then pointed to a monitor at the entrance of Guido’s that has the documentary being screened repeatedly for customers.

See video of the trailer below: