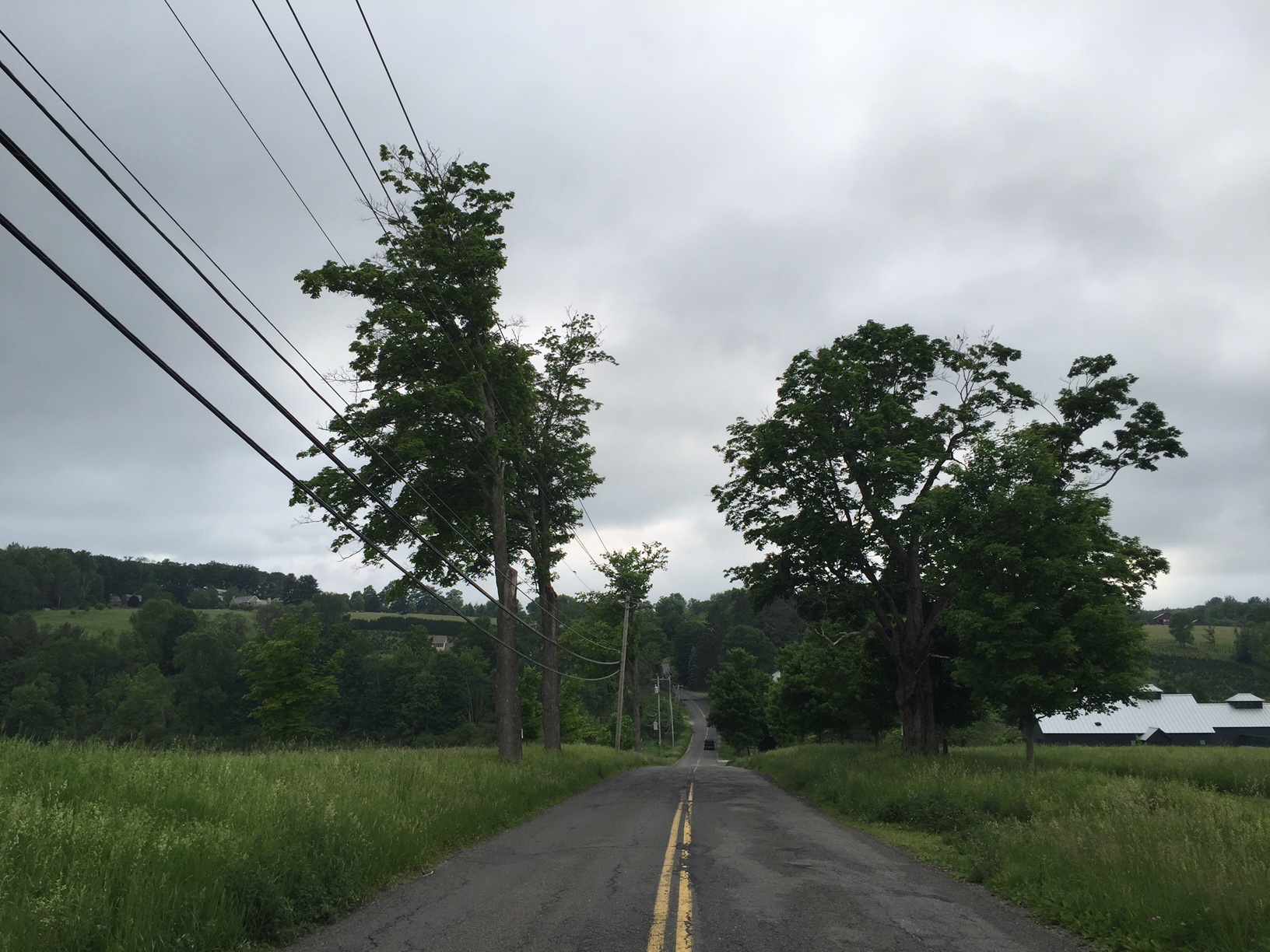 Westborough — One small peek into the workings of the Massachusetts Broadband Institute (MBI), the state agency tasked with bringing high-speed Internet to economically depressed Western Massachusetts, shows that between 2014 and 2016, the agency spent and requested nearly $1.9 million for a lawyer and consultant who late last year advised the agency to knock the legs out from under broadband cooperative WiredWest.

WiredWest had hammered out a regional solution with 32 rural communities to bring high-speed, high-capacity Internet access via fiber optic cables. Under the WiredWest plan the towns would share operating expenses between them, and WiredWest member towns had assumed that they would be receiving their share of MBI funds for the build-out of the fiber optic network.

MBI, a division of Massachusetts Technology Collaborative (MTC), was created 8 years ago during Gov. Deval Patrick’s tenure, and the Legislature allocated $40 million to begin the process and planning for a modern telecommunications infrastructure for rural communities. An additional $50 million was authorized in 2014 for last mile broadband, $5 million of which was directed at Comcast, to build out their network in towns partially served by cable. Another $5 million was allocated for MBI overhead. The remaining $40 million is meant to be dispersed to 45 eligible unserved towns, of which 31 are WiredWest members.

But in December of last year, former MBI Executive Director Eric Nakajima told town officials and broadband committees that MBI would withhold each town’s share of the $40 million in appropriated state broadband money from any town that joined WiredWest.

Nakajima’s letter to Western Massachusetts towns was prompted by an analysis performed by Wipro Technologies Global Media & Telecom consultant Michael Morgenstern, a Boston-based tech entrepreneur and telecom advisor who at the time of his contract with MTC worked for the consulting firm Cartesian. Morgenstern had advised MBI that WiredWest’s business and operating plans were not viable.

But another report, by the Berkman Center for Internet and Society at Harvard University, while not a deep financial analysis, contradicted Morgenstern’s conclusions, maintaining, instead, that WiredWest was a solid option for operating affordable broadband systems in rural towns struggling to make ends meet.

Nakajima’s pronouncement shocked and angered town officials, a response that MBI had anticipated.

The “draft minutes” from a February 17, 2016 meeting of MTC’s Procurement Committee shows the agency preparing to deal with the “fallout” from Nakajima’s letter, and hiring attorney Greg Sandomirsky, of Mintz, Levin, Cohn, Ferris, Glovsky and Popeo, PC for damage control. The meeting was held at MTC headquarters in Westborough, where attendees included Secretary of Housing and Economic Development Jay Ash, as well as other committee members and MTC staff.

The meeting minutes, obtained by the Edge, detail the $200,000 MBI spent and $190,000 in proposed spending on Sandomirsky in fiscal year 2016. The year before, MBI paid Sandomirsky’s firm $503,650; in 2014, the agency paid the firm $300,000. Sandomirsky was listed in The Best Lawyers in America publication, and “bills [MTC] at the negotiated and accepted rate of $705/hour.” His firm was paid with money from various state funds that include legal allocations for MBI’s Last Mile Construction and Innovation Fund Management. Some of the funds came from MeHI’s Health Fund, another MTC division that Sandomirsky worked with. MTC projected that approximately $150,000 of the attorney’s fees would be specifically directed toward work on the “last mile.” No federal funds were used.

Sandomirsky’s firm was “selected as one of 24 providers in round one of the rolling solicitation.” Fiscal 2016 ends June 30.

Attorney Sandomirsky and his colleagues at Mintz Levin, the minutes say, “have provided high quality legal advice and counsel,” on “complex legal issues,” and “played an important role in the lead up to and the fallout” of that December 1 statement to Western Massachusetts towns, which “incorporated certain elements of Sandomirsky’s analysis of WiredWest’s proposed operating agreement.”

Sandomirsky also took aim at WiredWest at a Last Mile broadband informational meeting for the public on December 14, 2015 in Greenfield, and was involved in meetings with WiredWest representatives as well as “frequent phone calls and meetings with MBI staff held in preparation for these events.” He also edited documents to prepare for these meetings.

The MBI, the minutes say, would need his legal expertise as the agency “contemplates its own publication of an alternative regional governance model…”

The minutes indicate the agency is aware of the growing frustration that has morphed into controversy and anger over why an 8-year-old agency, using public funds, hasn’t finished a job deemed crucial to the economic survival of rural Western Massachusetts. “Given the scrutiny that the Last Mile project has received recently, his advice and counsel have been essential to the public response to recent developments…”

Morganstern, who is unlisted and could not be reached, wrote that WiredWest’s models were deemed “not viable as currently defined,” that the co-op’s gross profit margin projections were not accurate, and that the co-op may not be able to handle a future situation “where expenses should increase unexpectedly…a significant risk to the state and local governments…”

Wipro entered into a $400,000 contract with MTC for Fiscal 2016 for “strategic, technical, financial, business advisory, and analytical services” for the Last Mile program. And at the February 17 meeting, the agency requested another $200,000 for Morgenstern.

Morgenstern’s work with Wipro, at $350 per hour, was in part to develop cost estimates for a build-out of a regional Last Mile network, and he was one of “the key architects of the Last Mile [cost] allocation methodology adopted by the MBI and MassTech Boards.”

But it appears the Baker-Polito administration is not going to tolerate any fiddling around with the Last Mile. In March the administration “paused” the use of that $40 million in Last Mile broadband money to assess the situation. Both Gov. Charlie Baker and Lt. Gov. Karyn Polito have said they are dedicated to the expansion of broadband access across the entire state, and their appointment of new Western Massachusetts-based MBI leaders, Peter Larkin and Bill Ennen, indicate the administration is serious about getting the job done.

A Friday (June 3) email sent to Western Massachusetts town officials on behalf of Peter Larkin, MBI’s new board chair and special advisor to Secretary Ash, indicates a fire may have been lit under the agency, and that it is “now engaging with towns to evaluate project readiness on a deeper level.”

The agency and administration, Larkin wrote, “are rapidly building an engagement process around individual town readiness. We will work closely with town designees to determine the project readiness status of each last mile town. If you have not provided us with the name and contact for your town’s designee, please do so ASAP.

“The MBI will be engaging in intensive 21-day readiness evaluations with towns on a rolling basis. Currently, the MBI has launched an intensive review with Wendell, Ashfield, Shutesbury, Egremont, Otis and Alford.”

Larkin further said there was a July 29 deadline for “all other unserved towns pursuing broadband access projects” to complete a readiness form confirming their interest.

In response to the Edge’s questions Friday (June 3) about the agency’s use of consultants as opposed to in-house staff, Larkin, through a spokesperson, sent the following email:

“To support development of the Last Mile Program, specific consultants were selected to provide sophisticated broadband industry analysis, technical modeling, or legal/bonding expertise, insights which supplemented MBI’s own professional staff. All program decisions are made by the MBI, the MBI Board, and the Board of the Massachusetts Technology Collaborative, with close collaboration and input from the Administration and the Legislature.”

Larkin further wrote that “moving forward, the MBI will leverage planning and research materials generated by these experts, but will rely more heavily on internal professional and technical staff. There will be ongoing but more limited need for technical consultants going forward as we move into project approvals, design, and construction. The towns and the MBI will rely upon expert contractors and industry partners for tasks such as pole surveys, wireless analysis, network design, and engineering.”

While WiredWest spokesperson Tim Newman declined comment for this article, he recently told the Edge the co-op was “excited” about MBI’s new leadership and the pace at which they are working on broadband access in western Massachusetts.