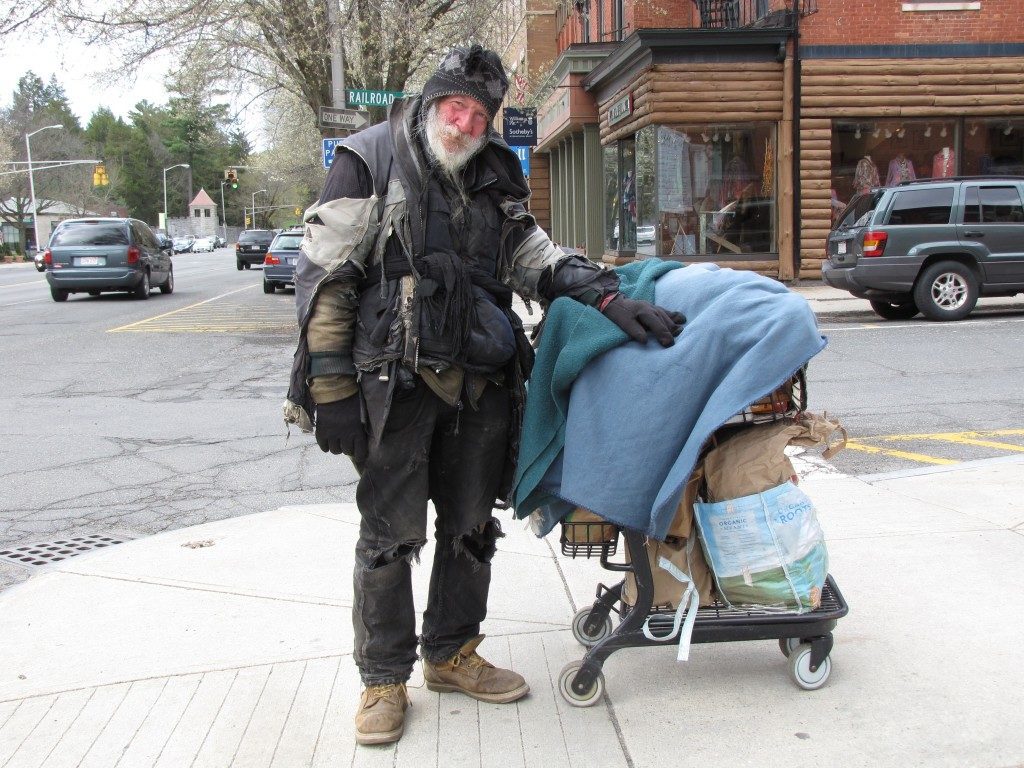 David Scribner
David Magadini, 'Mayor of Main Street,' in the spring of 2015, in his customary garb at the corner of Main and Railroad streets

Great Barrington — It’s been the talk of the town — sort of. Where is David Magadini, the homeless denizen of Main Street and political gadfly who often lectured the selectboard on everything from ethics to ecology?

Turns out that Magadini was injured in an accident in July and, after a period of hospitalization, now resides at Fairview Commons, a nursing and rehabilitation center not far from the home he left many years ago on Christian Hill Road.

Reached at Fairview Commons on Monday, Magadini said he has been at the rehabilitation center since August and has made progress since his admittance.

“I’m recovering from injuries,” Magadini, who declined to elaborate, said in a brief Edge interview. “I got injured.” 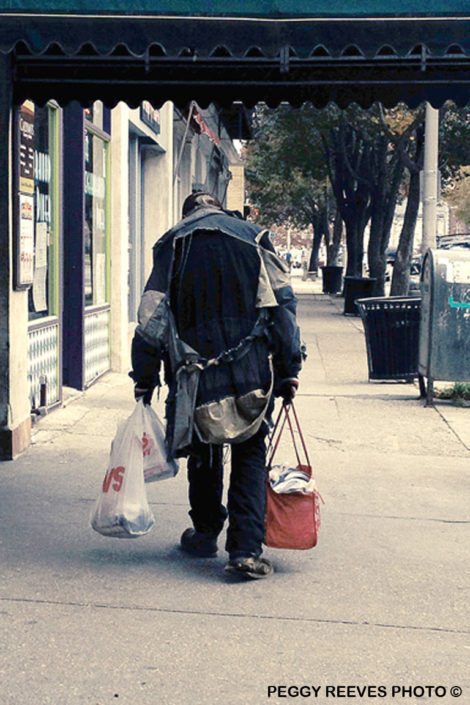 Told that many people in town were concerned about him and were inquiring as to his whereabouts, Magadini replied, “I appreciate their being concerned.”

On the evening of July 6, Magadini, who was known to walk the streets pushing a cart containing his belongings, was reportedly struck by a minivan on South Main Street (Route 7) in the area of Ward’s Nursery. Magadini was taken to Fairview Hospital and later transported to the orthopedic unit at Baystate Medical Center in Springfield.

Charles Van Ausdal, known as Pastor Van, the retired longtime minister at the First Congregational Church on Main Street, said he had visited Magadini last month and found him to be “smiling and in very good spirits.”

“I have known David for many years,” said Van Ausdal. “I lived on Main Street and we saw each other often.”

As Edge contributor Andrew Blechman wrote on Pastor Van’s retirement two years ago, “When tempers would flare over David Magadini, Great Barrington’s homeless-by-choice gadfly, Pastor Van was known to intercede on his behalf.”

Know affectionately by some as the Mayor of Main Street, the white-bearded Magadini has been roaming downtown Great Barrington for at least 14 years, typically wearing a wool hat, a heavy coat and insulated work boots even in warm weather.

Magadini, now 72, was born and raised in Great Barrington, graduating from the former Searles High School in 1963. He later attended the University of Iowa and earned a degree in liberal arts.

In December 2005, Magadini was evicted from his home by his landlord. He has declined to say why, but it is widely known that it was for refusing to pay his water bill.

Prior to his eviction, he served on the Zoning Board of Appeals and has run unsuccessfully for town moderator several times. Magadini is known for attending as many municipal meetings as he can, often voicing his opinions during public comment with extended sermons on the virtues of good government and the rights of the oppressed.

But he has also run afoul of the law several times. Magadini has been convicted of multiple counts of trespassing. Magadini is also well known in legal circles throughout the state and beyond. 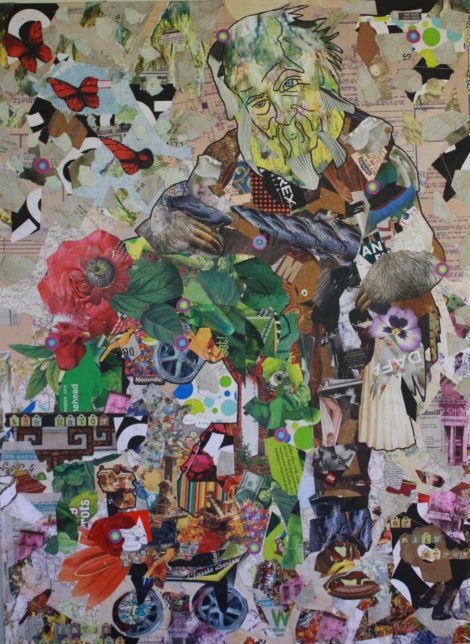 In the winter of 2015 he managed to avoid a jail sentence pending a court review of seven trespassing convictions in Great Barrington. That fall the American Civil Liberties Union filed an amicus brief in the case before the state Supreme Judicial Court, arguing that the so-called “defense of necessity” would hold harmless “a homeless individual who trespasses on private property in order to find safe shelter in winter conditions.”

In 2015, he was evicted from the gazebo behind town hall, where he often slept and heated up soup in a hot pot. In 2016, the trustees permanently banned Magadini from the town’s two libraries for declining to cooperate with staff and failing to vacate the premises in a timely manner at closing time.

As for how long he expected to remain at Fairview Commons, Magadini said staff was working on a schedule for his release but he did not yet know the timeframe. A woman who answered the phone at the rehabilitation desk said Fairview Commons does not release patient information.