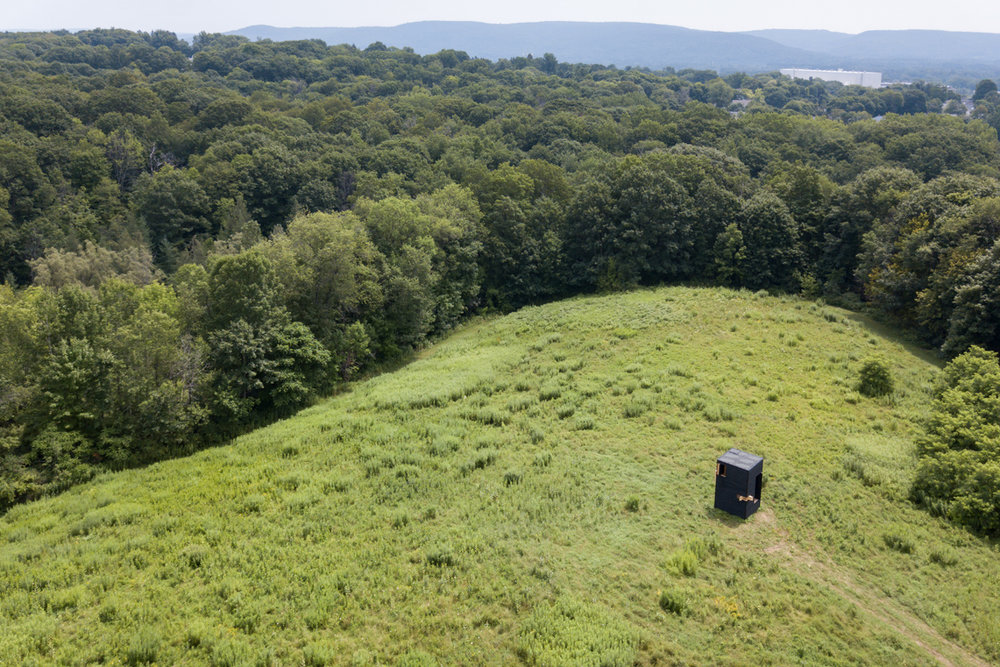 Pittsfield — “There are only so many places one can find inspiration – wherever you are, you write about that place. It just creeps in,” says Sarah Trudgeon, local poet and director of education for the Mastheads, a new public humanities program that is creating a multifaceted conversation around the Berkshires’ literary history.

Henry David Thoreau, known for his experiment in solitary living on the shores of Walden Pond, was thought to have been inspired by a hike through the Berkshires that took him to the peak of Mount Greylock; Herman Melville, ensconced on his family’s farm at Arrowhead, gazed due north from his study and found inspiration in the same pinnacle where he claimed to see the great hump of a white whale. As part of the 10×10 Upstreet Arts Festival and in celebration of Pittsfield’s literary history, the Mastheads has asked 10 local writers across disciplines – designers, urban planners, fiction writers and poets – to read one piece by a historic Berkshire author alongside one short piece of his/her own. This innovative event will take place Thursday, Feb. 15, from 6 to 8 p.m. at Methuselah Bar & Lounge, 391 North St. The event if free and open to the public.

It is this convergence of both space and place that serves as the foundation for the Mastheads, an endeavor aimed at creating a conversation between the literary history of the area while inviting contemporary voices to take part. Founded in 2016 upon the legacy of five American Renaissance authors who wrote in Pittsfield, the Mastheads is at once an urban architectural experiment, a literary research initiative, a writers’ residency and an educational program.

The physical spaces that comprise the Mastheads – a project whose name itself comes from the pages of Melville’s “Moby-Dick” – are five sculptural studios, each the architectural interpretation of the original structure from which one of five American Renaissance authors wrote while in Pittsfield: Herman Melville, Nathaniel Hawthorne, Henry Wadsworth Longfellow, Oliver Wendell Holmes Sr. and Henry David Thoreau.

Tessa Kelly, co-founder and executive director, points to Chapter 35 in Herman Melville’s iconic novel as the genesis for the project’s monniker: “Sailors take turns climbing high up into the mast-head by themselves–a space just the size for one body – where the experience invites thinking, looking inward and getting an unfamiliar view of your natural surroundings,” Kelly explains. The Mastheads studios create similar conditions – each outfitted with a bench, desk, large door and various windows to control light and air – while simultaneously affording occupants an unequivocal vantage point from which to observe the world around them.

Last summer, following the inaugural month-long writers’ residency, the Mastheads studios traveled to MASS MoCA in North Adams for what will be known, going forward, as “the public residency.” This year, plans are underway for the Mastheads to reside at Hancock Shaker Village where they will be available to the public, throughout the fall, for personal use by the hour. “The biggest shift in our conceptualization [going forward] is that, year one, we were focused on the July residency – which will always be a core of what we do – [but we are now] working towards ways to engage others in the Mastheads,” explains Kelly. Thursday’s event, coinciding with Black History Month and sponsored in conjunction with the NAACP (who will be holding a membership drive), is one such step toward drawing the greater community to the project.

Pittsfield – and the Berkshires, for that matter – is the center of the universe for those who live here. Understanding how to connect this enclave to the greater world is something to be celebrated, and a concept that stands at the center of the Mastheads. Kelly, a practicing architect, “chose [to read from] Holmes, famous for public declarations, as all towns believe themselves to be the center of the universe.” This funny yet inspiring fact gives rise to a gamut of historical writers for Thursday’s event. Excerpts from Catharine Maria Sedgwick, who wrote about both Native Americans and Puritans in a much more sympathetic way than others had written about prior, will be in concert with the voice of Bernadette Mayer, whose book-length poem “Midwinter Day” depicts a single day in December while living in Lenox with two small children. It is this innovation, not necessarily physical relics of the past, that enable us to “memorialize history in a way that is dynamic – [while] providing opportunities for new, young people to engage in that conversation,” explains Kelly.

As for the key concept at the core of this programming? “Inclusion, [and] reaching people where they are,” says Kelly. During the school year, the Mastheads operates its poetry-in-schools program, Fireside, in Pittsfield Public Schools. Through reading poetry by local authors and writing poems inspired by them, “[local students] are becoming part of the literary tradition,” says Trudgeon. In addition to breathing life into poetry, Fireside supports learning initiatives that the schools themselves are having trouble addressing. As a result, there has been an effort to target schools (at present Morningside Elementary and Pittsfield High School) that are demonstrating a specific need for performance. The reception has been astounding; students compose original poetry, and each 10-week course culminates in an anthology of student work and a community reading. Early feedback suggests that more families were attending the final readings than parent-teacher conferences. “It is so much fun, [and] people are really excited!” says Trudgeon. Parents and community members, even the heads of cultural institutions, are converging in a setting where everyone is comfortable and celebrating the accomplishments of students is the focus.

Kelly and Trudgeon came together by complete luck; in a very short time, their work has left an indelible mark on Pittsfield. That said, the pair is wildly transparent about the “interesting logistical challenges of the Masthead endeavor,” which, Kelly explains, largely translate to “how to keep going forward – the puzzle we are trying to solve right now.” The project, which began with a grant from the National Endowment for the Arts in 2014, has an annual budget of $100,000. At present, Kelly and Trudgeon are looking for local partners that care about funding operating costs so that they can remain focused on the Pittsfield community and how the past can be present in new ways. For more information about the Mastheads, including details regarding Thursday’s event at Methuselah,visit www.themastheads.org or send a message to info@themastheads.org.