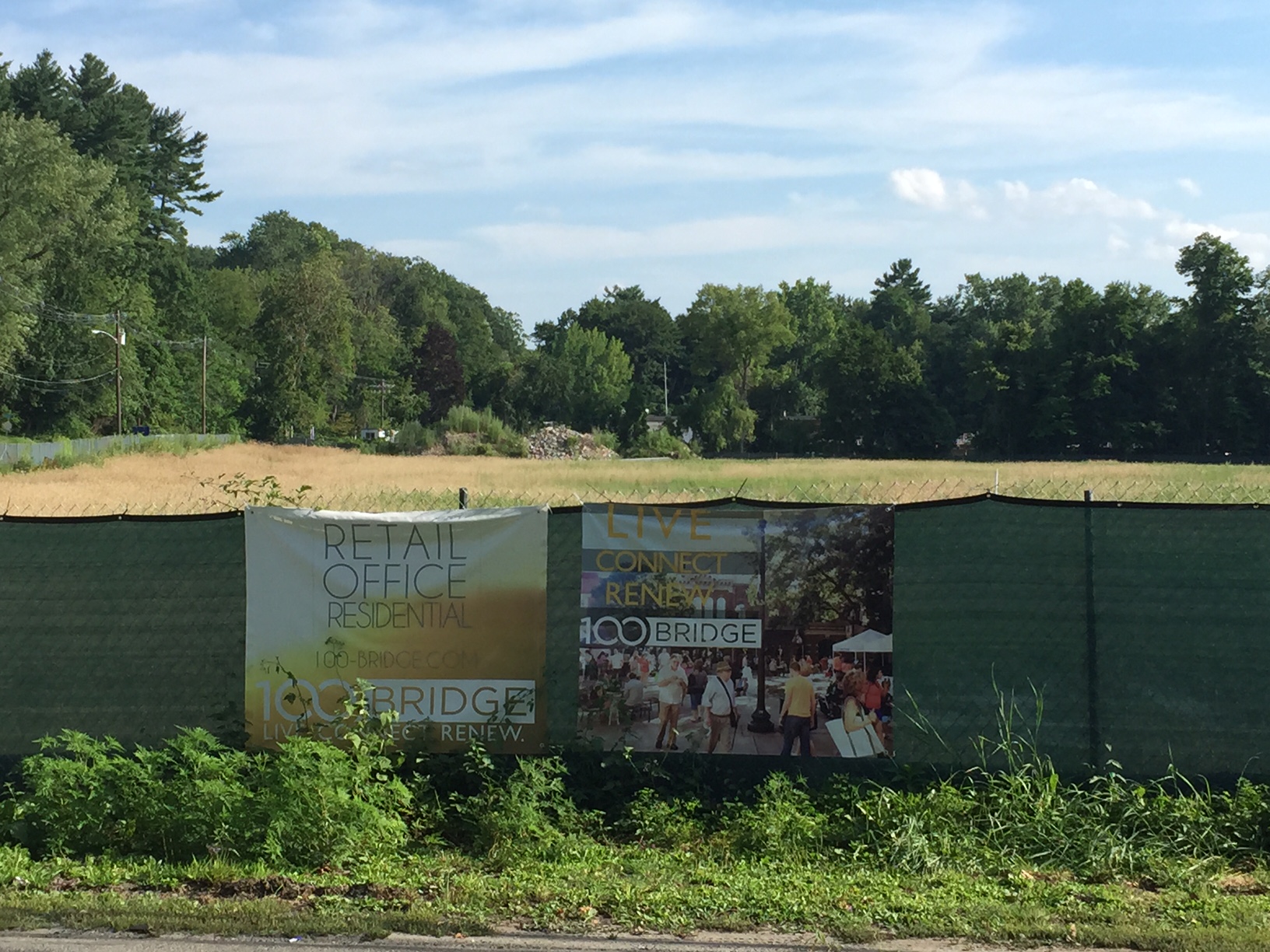 Great Barrington — There it sits in the middle of town, unworked, a field of golden rye that could be harvested if it didn’t grow in contaminated soil. It is a patch of land ripe for development. But it is stuck in a web of regulations for cleaning toxic waste sites, and is becoming an industrial pollution saga that continues to delay the groundbreaking of a $40 million development that might throw off $400,000 in annual tax revenue.

The most recent installment began in May, when the land’s owner, Community Development Corporation of Southern Berkshire (CDC) was ready to continue cleaning dioxin pollution from the site using bioremediation, but was told by MassDEP (Department of Environmental Protection) that it could not resume work until there was proof that the method works.

CDC Executive Director Timothy Geller says that now MassDEP wants to see results “above and over what they normally require for the standard evaluation of a contamination site.” The agency wants to know if the biological process is working, not just whether dioxin levels are being reduced across the 8-acre site, he said.

As John Ziegler, MassDEP’s Audits Section Chief in the Bureau of Waste Site Cleanup wrote to Geller, there must be agreement “on the analyses and methodology to be used in proving a site-wide reduction in dioxin mass.”

It’s those carcinogenic dioxins, deposited there by the New England Log Homes Company, that MassDEP says haven’t been reduced enough. Ziegler wrote that his agency is “skeptical of bioremediation claims associated with Factor applications at this site.”

That “Factor” is an organic material that helps the soil’s native bacteria degrade the pollutants, according to Christopher Young, a former chemist and president of Biotech Restorations. Concocted by Biotech, the factor caused a smelly stir in this Bridge Street neighborhood when it was applied and farmed into the dirt last summer. There were health concerns over the Factor, too, after some nearby residents complained of symptoms.

So after very little time working the soil, record rains flooded it, creating anaerobic conditions that disrupted the bacteria’s work, according to Young. That created a chain reaction of more bad smells and neighbor complaints that prompted MassDEP to shut down the work.

From there it went downhill, since the longer the soil sat waterlogged and untended, the more pungent it became and the more time was lost for a process that cannot be done in winter. Even worse, it was after two months of stagnation that the samples were taken. Young previously explained that the bioremediation process does not work when the bacteria become anaerobic.

And it was those samples that were shipped off for testing, the only samples on which MassDEP based their position, as stated in May 15 correspondence, that there was not “conclusive evidence” that the process was working.

Young sent a letter to CDC Executive Director Timothy Geller last week saying that he is eager to get back to work at the site, and that he was “concerned that we’ve lost so much valuable treatment time this season that the goal for achieving the site’s cleanup in 2015 may have been compromised.”

Young proposed reformulating his Factor for another application, a process that takes three to four weeks, not including sample testing, to see how much soil got cleaned. MassDEP says he can go ahead and do that, but said Biotech cannot reapply Factor unless there is proof that it works, with a “full biological or chemical mass balance explanation of the alleged reduction of dioxin to a less toxic endpoint,” as Ziegler put it.

“You may proceed at your own risk with sampling and re-formulation of additional Factor but you will not be allowed to make further applications at the project site until these fundamental issues have been resolved,” Ziegler added.

Geller says the CDC will go forward with its own sampling to gauge how well the process worked to date, and how to proceed.

The CDC has planned its development, 100 Bridge, to house an expanded Berkshire Co-op Market, along with retail space, affordable and market rate housing, and a park-like setting along the northern bank of the Housatonic River. The project, Geller said, may break ground “as early as next summer.”

But while the CDC is “committed to the bioremediation process,” it will do whatever it has to move the construction forward. That may mean “capping” –– or covering –– the polluted soil to eliminate exposure, what environmentalists have described as a “permanent temporary” approach.

MassDEP suggested in May correspondence that capping may be the solution. But Geller still sees an opportunity to have “clean dirt,” he said, and so jumped at it. “Why should your great grandkids have to deal with that site when we have the chance to solve it today?”

If it comes to capping, Geller said the CDC will have lost about 10 percent of the total $3 million cost of the clean up, which includes demolition and site preparation. MassDevelopment, the state’s finance and development agency, gave $2 million for the remediation work.

“The real cost is time, not public dollars,” Geller said.